India's democracy is underrated: Here is why? 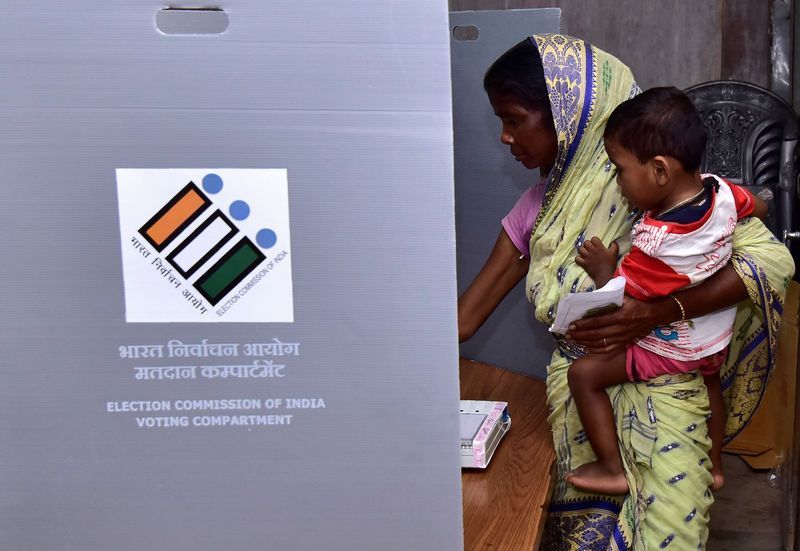 Every time India goes to the polls, it is touted as a marvel in democratic history. Photo courtesy: Twitter/@IndiaPhotos

As I write, various people in India are already at the polling booths. The media analysis and pollster prognosis are pitting the contest between Prime Minister Modi versus the disenfranchised rest. The debates range from agrarian ennui to unemployment data to national security concerns.

But I would like to take a step back and reflect on the profoundness of the electoral system in India. Every time India goes to the polls, it is touted as a marvel in democratic history. The volume of voters itself is overwhelming but it is where these voters are, in the most destitute and remote areas and how polling booths are set up. The election commission has declared that no individual should travel more than two kilometers to cast their vote, this if they live in the middle of the Himalayas or in the middle of a dense jungle. Even in the most penurious populations, India’s voting is electronic. There are no paper votes, punch cards or hanging chads.

Historian and writer Ramachandra Guha in this riveting talk spoke about why he thought India was the most fascinating country in the world. I chronicled some of what he said in my previous article for Connected to India on the Idea of India.

Apropos to the elections now, it is only fair to speak about the first elections in India back in 1951-52, which Guha describes as seminal. He describes India as the world’s least likely democracy and an unnatural experiment in the emerging developing world.

The history of other proud democracies saw voting granted in various stages. First it was men of property who were allowed to vote, then men who were educated and then voting was granted to women and minorities.

India, on the other hand, became independent in 1947, and despite a bloodstained partition that created a Muslim Pakistan, India adopted pluralism and secularism and eschewed from being one dominant religious country. 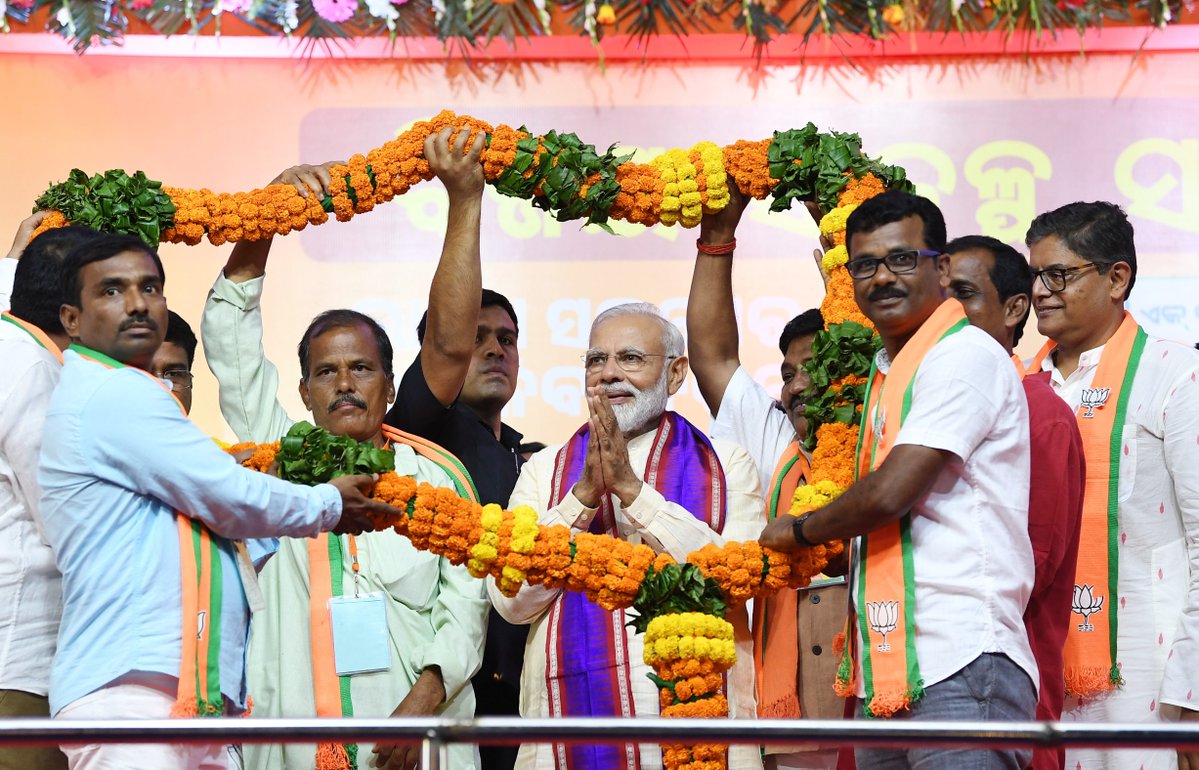 The media analysis and pollster prognosis are pitting the contest between Prime Minister Modi versus the disenfranchised rest. Photo courtesy: Twitter/@narendramodi

It adopted its first constitution in 1950 and went to the polls eighteen months later.

No wonder Guha, described India as the most “recklessly ambitious as well as ambitiously reckless political experiment in human history”.

Guha’s talk inspired me in my recent TEDx talk, I spoke about the Idea of nations and the success story of certain countries beyond hard power metrics.

I outlined that India is epitomized in the west as a large democracy that is chaotic, burgeoning economy, aspiring superpower, and a cultural melting pot with spices and rices and cricket and Bollywood.

India, of course, is a democracy, and with all democracies, the right to free speech is most valued and I used mine frequently as a kid to voice my complaints to my more sagacious father. I said nothing worked, as I vented on the economic malaise and government inefficiency.

He elaborated that if you think about it, India, like most fledgling and emerging democracies has faced every problem known to most nation states.

There was news of a mass political corruption scandal, but India would go on.

Voted for the first time as the citizen of The Republic of India. Surprised to find a wrong photo against my name in the electoral rolls but the supplementary ID proof saved my vote from being misused.#Elections2019 pic.twitter.com/C0OdJwPvIJ

Natural disasters in floods, tsunamis, or earthquakes would shatter homes, but India found the resilience to go on.

India has had and still has rampant poverty, malnutrition and crime, but India will still go on.

As we know that the country does not have a single national language, instead it has close to 30 indigenous languages (and over 700 dialects) with each officially recognized as the various national languages of India by the constitution.

It has been the birthplace of religions such as Hinduism, Buddhism, Sikhism, Jainism and has every other belief system known to mankind.

India is the third largest Muslim nation in the world, despite not being an Islamic country, and has more Christians than countries that define themselves as Christian nations.

So how is it that a nation with no one language, no one religion, no one ethnicity, plagued by all the woes indigenous to emerging economies, can actually survive and yet thrive as a chaotic fractious and simultaneously as a robust democracy that is being spoken about as a potential superpower?

I assure you, one can’t allude to any one government or its policies because being the noisy cantankerous democracy that India is - people would pushback on anyone you give credit for.

So where was the glue that held it together despite all these problems?

Perhaps, it’s no wonder that The Economist dubbed India’s diversity closer to a continent (like Europe) than to a country. After all each state in India is as different as within Europe, Liechtenstein is from Italy or Spain is from Ukraine.

Given that India has had every major socio-economic and political hindrance, and further accentuated because of its size, what still makes India a functioning democracy? Why hasn’t a country of its size disintegrated the same way that the former USSR did, or the way Yugoslavia disintegrated or even split like Czechoslovakia for that matter? 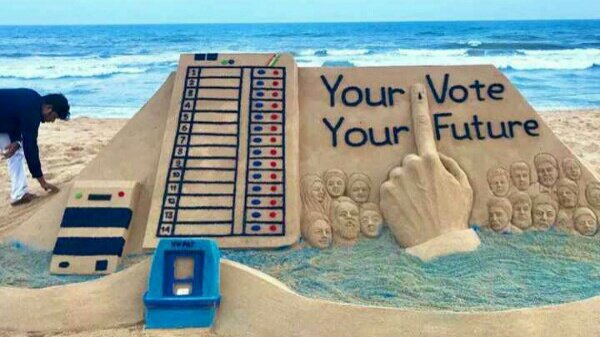 Despite having many dysfunctional bureaucratic institutions, no one has questioned the legitimacy of the Election Commission in holding free and fair elections across the country. Photo courtesy: Twitter/@Shalini16479492

This itself is a success story - beyond the hard metrics of numbers that is associated with India today that is fast growing economy.

In 2004 the majority of votes were secured by the Congress-led UPA coalition beating the incumbent BJP led NDA. What was fascinating then, was that the party head was Sonia Gandhi, a woman of Italian origin and Roman Catholic faith, who made way for a Sikh Prime Minister – Dr Manmohan Singh, to be sworn in by a Muslim President, Dr. APJ Abdul Kalam in a country where 80 percent of its population identify as Hindu. As Shashi Tharoor said, this wasn’t a case of India proving anything to the world, it was a case of India just being itself.

Despite having many dysfunctional bureaucratic institutions, no one has questioned the legitimacy of the Election Commission in holding free and fair elections across the country. Most emerging market countries that became independent around the mid 20th century, fell prey to tin-pot military dictatorships. In India, unlike neighbouring Pakistan, Bangladesh and Myanmar the military has eschewed from intervening in domestic politics.

The paragon of India’s democracy is seeing that the Supreme Court has never had to intervene. The world’s oldest and most robust democracy, the United States has had its Supreme Court intervene in the vital 2000 elections between Bush vs Gore, courtesy the Florida kerfuffle.

India needs little incentive and inspiration to vote, but if you needed one, maybe two here is Shyam Saran Negi, independent India’s first voter in 1951 and at the age of 102, he is likely the oldest voter and a believer in democracy since the past seven decades.

At 102, Shyam Saran Negi is India's oldest voter - he has a message for young people in the #IndiaElections2019

Jyoti Amge, 25, the world’s shortest living woman, shows her ink-marked finger after voting in India’s general election, in Nagpur, April 11. To view some of our best photos from India this week, click https://t.co/Eyp6XqHJ4O 📸 pic.twitter.com/eHMGpt3yjH

I left India close to a decade ago, shortly after I hit voting age and hence I haven’t done a very good job of voting. But be like Shyam Saran Negi and irrespective of what side of the political aisle you’re on, please do go out and vote.