The Finance Ministers of India and Britain discussed developing a new trading relationship, tax evasion and post-Brexit deals in New Delhi to prepare for the United Kingdom's exit from the European Union.

British Chancellor of the Exchequer Philip Hammond is in New Delhi for a two-day visit for talks with Indian counterpart Arun Jaitley, days after Prime Minister Theresa May triggered the start of the Brexit process. 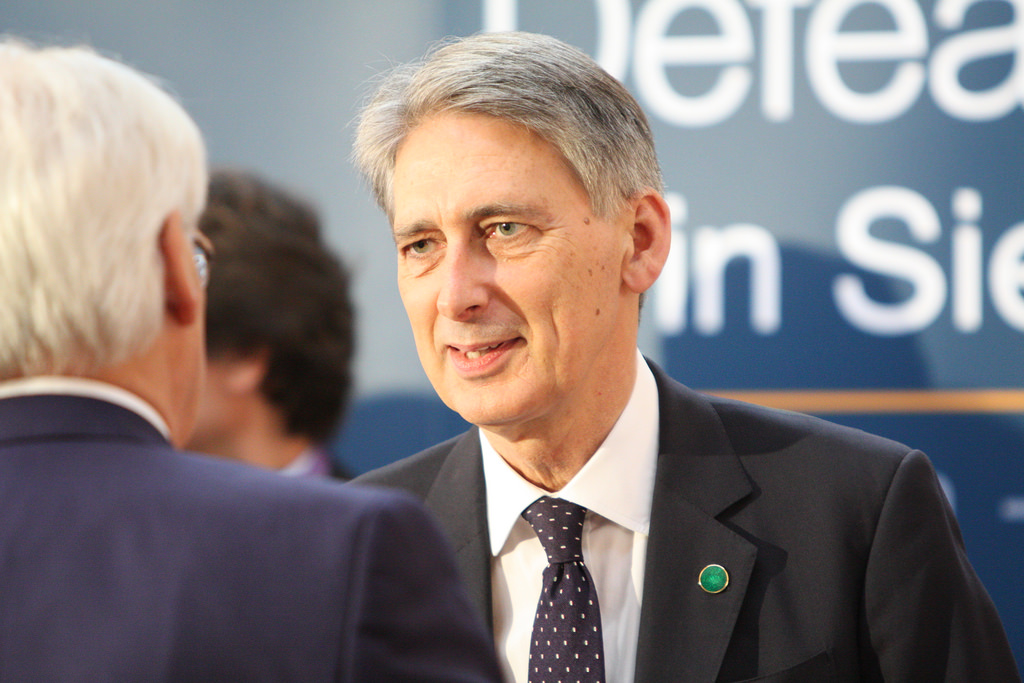 "We have made the decision that we will not be part of the structure of the European Union, but we've also made very clear that we want to negotiate the maximum possible open trade relationship with the European Union," Hammond said in a news conference after a joint economic and financial dialogue.

"We hope to be able to negotiate a deep and special relationship with the European Union that will allow us to go on trading and investing in each other's economy, but at the same time allow us to rebuild our relationships with our partners and allies around the world."

However, Hammond admitted that there were people, both in and outside Britain, who wanted a “deal-less Brexit”.

Jaitley struck a positive note by saying, "The United Kingdom, post-Brexit, is looking at a different level of relationship with India. And there's a huge aspiration in India itself also, to add to, and improve on, this relationship."

In a joint statement, the ministers talked of a pact for each country to invest 120 million pounds (US$149 million) in a joint fund under India's National Investment and Infrastructure Fund to invest in energy and renewables.

Speaking to UK broadcasters in Delhi about our commitment to building the closest possible commercial & economic relationship with India pic.twitter.com/8k7BrpzFOE

Hammond had also stated that the UK is perfectly placed to become New Delhi's leading finance partner, stressing on the slogan ‘Make in India, finance in Britain’.

The Chancellor is leading a high-level business delegation including Governor of the Bank of England Mark Carney, Commercial Secretary Baroness Neville-Rolfe and International Trade Minister Mark Garnier for talks in Delhi and Mumbai.

This visit comes alongside the annual UK-India Economic and Financial Dialogue attended by some of Britain's most exciting FinTech entrepreneurs. The UK is already the world's largest exporter of financial services and the leading centre for FinTech.

More than 37 rupee-denominated ‘masala’ bonds have been issued on the London Stock Exchange, with the largest raising £400m.

This follows the successful issuances by HDFC ( INR3,000 crore or £366 million) and NTPC (INR2,000 crore or £244 million), which were the first ever masala bonds to be issued by Indian entities.

The joint statement issued by the ministers also talked about tax evasion. “The UK and India share a common commitment to addressing cross-border tax evasion and avoidance and agree to collaborate in determining the status of wealth deposited in foreign financial accounts by nationals of both countries,” it said.

Hammond today was in Mumbai for the UK-India Fintech conference.

Now speaking at the UK-India Fintech conference in Mumbai - huge potential for us to work together and be strong partners in this space pic.twitter.com/A32sHeSyuz