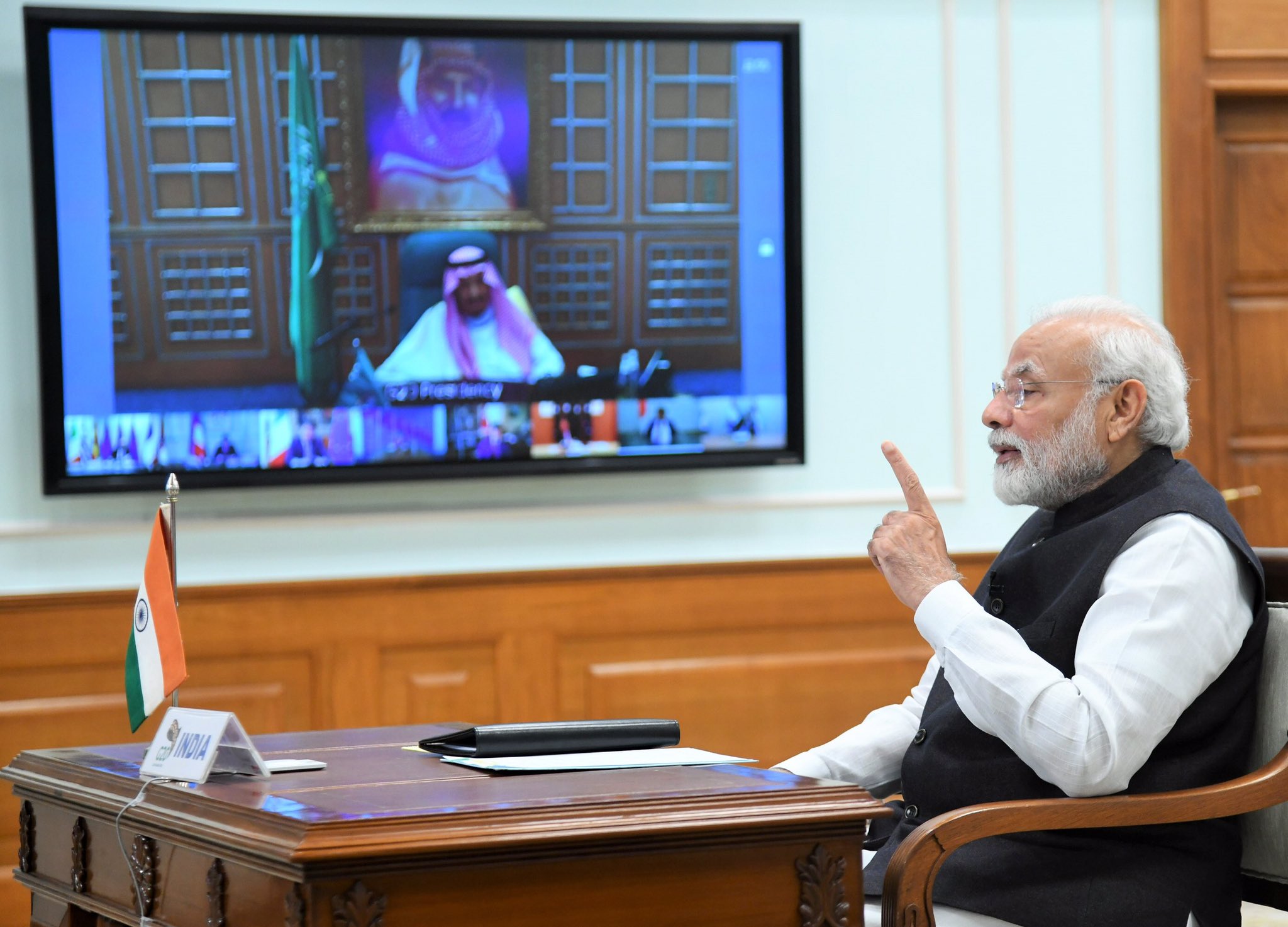 The UAE participated in the virtual summit as a guest and as the president of the current session of the Supreme Council of the Gulf Cooperation Council, headed by Custodian of the Two Holy Mosques, King Salman bin Abdulaziz Al Saud of Saudi Arabia.

In the spirit of global solidarity, the UAE takes part in today's G20 summit chaired by the His Majesty King Salman of Saudi Arabia. We face an unprecedented challenge in COVID-19, and the people of the world anticipate this meeting to result in effective international measures.

Sheikh Mohamed shared a series of tweets on his experience and of a phone conversation he had with Indian Prime Minister Narendra Modi - after the summit - about bilateral ties and efforts to tackle the Covid-19 spread.

I took part in the G20 summit where decisions were taken that reflect a consensus that an international response is needed to tackle the COVID19 threat. The UAE supports all actions to contain the virus. Together we are strong, and only together can we overcome this threat. pic.twitter.com/J6Xc8UpLhP

I received a phone call from Indian Prime Minister Narendra Modi during which we discussed bilateral ties & efforts to tackle COVID-19, and limit its impact on public health & our economies. We stressed the importance of global solidarity and coordination in its containment.

The summit discussed ways of coordinating global efforts and enhancing joint cooperation and solidarity to combat the spread of coronavirus (Covid-19), as well as reduce its humanitarian, health and economic impact on the entire world.

The G20 summit was attended by members of the G20, leaders of invited countries and representatives of international organisations concerned.