Indian-origin doctor survives plane crash in the US 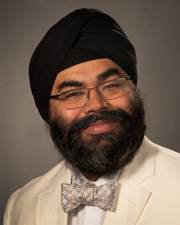 Miracles can happen at any time to anyone, as shown in the case of Indian-origin doctor Inderpal Singh Chhabra who has managed to survive a plane crash.

He was piloting the aircraft when it started developing engine trouble, going down in the frigid waters of Long Island Sound, an estuary off the city.

Chhabra and his co-pilot David Tobachnik climbed out of the sinking plane and hung on to a rock till they were rescued, according to media reports. They waited on the plane's wing till it sank and then swam the short distance to a large rock from which they were rescued.

Chhabra described the event as a "controlled landing" and not a crash as he was in control of his single-engine Beechcraft Bonanza till it hit the water.

Chhabra is a 1992 graduate of Maulana Azad Medical College (MAMC) in Delhi.

He had taken off from MacArthur Airport in Ronkonkoma on Long Island, about 100 kilometres from New York City, and was headed to Calverton.