Bringing laurels to the NRI community in the US, Indian American Rajesh Subramaniam has been named as the president and chief executive officer of US multinational courier delivery giant FedEx Express.

Kerala-born Subramaniam is currently executive vice president, chief marketing and communications officer of FedEx Corporation and will assume his new role from January 1, 2019. He will succeed David L Cunningham. 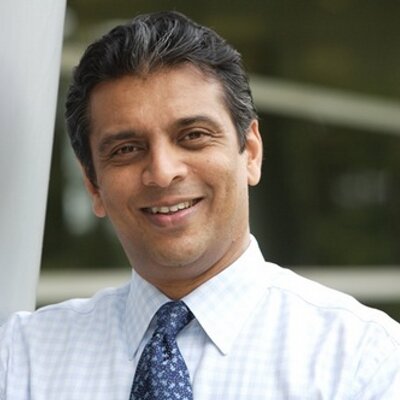 Subramaniam is a graduate in chemical engineering from the Indian Institute of Technology (IIT)-Bombay. He has been with FedEx for more than 27 years and has held various executive-level positions in the company.

He began his career in Memphis and subsequently moved to Hong Kong where he oversaw marketing and customer service for the Asia Pacific region.

Subramaniam then took over as the president of FedEx Express in Canada before moving back to the US as senior vice president of international marketing.

Subramaniam is credited with several landmark developments at FedEx, including the continuing digital transformation of the company’s services, the first-ever global brand campaign, and a significant expansion of the company’s global product portfolio.

“Under his leadership, FedEx retains an enviable position as one of Fortune magazine’s World’s Most Admired Companies,” said the company.

“Raj’s global vision and broad experience make him uniquely qualified to lead our largest operating company. We look forward to the continued growth of FedEx Express within our global portfolio as Raj takes on this critical role,” said David J Bronczek, president and chief operating officer of FedEx Corporation.

Subramaniam earned his Masters’ of Science in Chemical Engineering from Syracuse University and MBA from the University of Texas in Austin. He was honoured with the IIT Bombay Distinguished Alumnus Award for his outstanding achievements in the corporate world. He was also inducted into the Hall of Fame at Fogelman College of Business and Economics at the University of Memphis and named a Distinguished Friend of the university in 2016.

He also serves on the Board of Directors for First Horizon National Corporation. Subramaniam holds membership in a number of business leadership organisations, including World 50 and the U.S.-India Strategic Partnership Forum.