Indian Americans will celebrate the inauguration of the 45th President of the United States in Washington, D.C. on January 20, 2017. 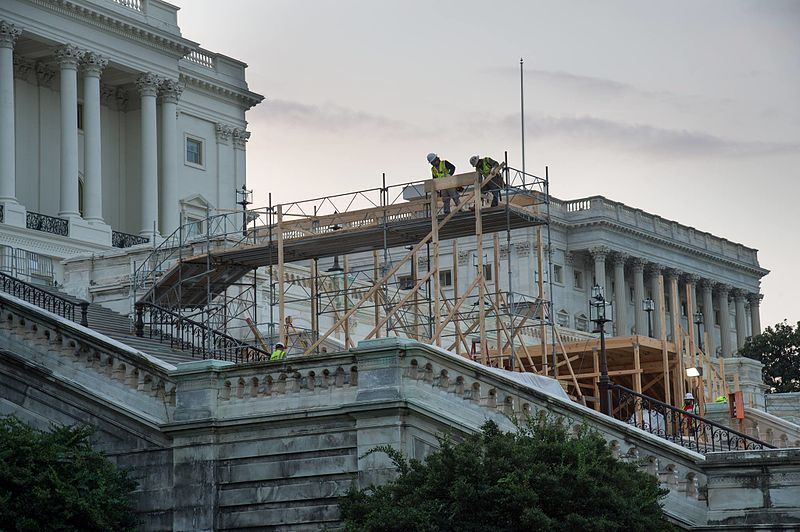 Construction on the inaugural platform at the United States Capitol began in November 2016. Photo courtesy: Wikipedia

The glittering and the power-packed event are to be held at Mandarin Oriental in Southwest Washington. The venue is a few blocks away from the Capitol Hill, where Donald Trump will take the oath of office the same morning.

The second ever Indian American inaugural ball is hosted by a group of nonpartisan Indian American groups, including the US-India Political Action Committee (USINPAC) and the newly launched Indo-American Center.

The event tickets are available on http://ipb2017.com/.