Three-time Indian Prime Minister, veteran Bharatiya Janata Party (BJP) leader and Bharat Ratna awardee Atal Bihari Vajpayee, who was admitted to AIIMS with a kidney tract infection and chest congestion on June 11, died this evening just past 5 pm. He was 93 years old. His death was confirmed by the All India Institute of Medical Sciences (AIIMS) in an official statement. 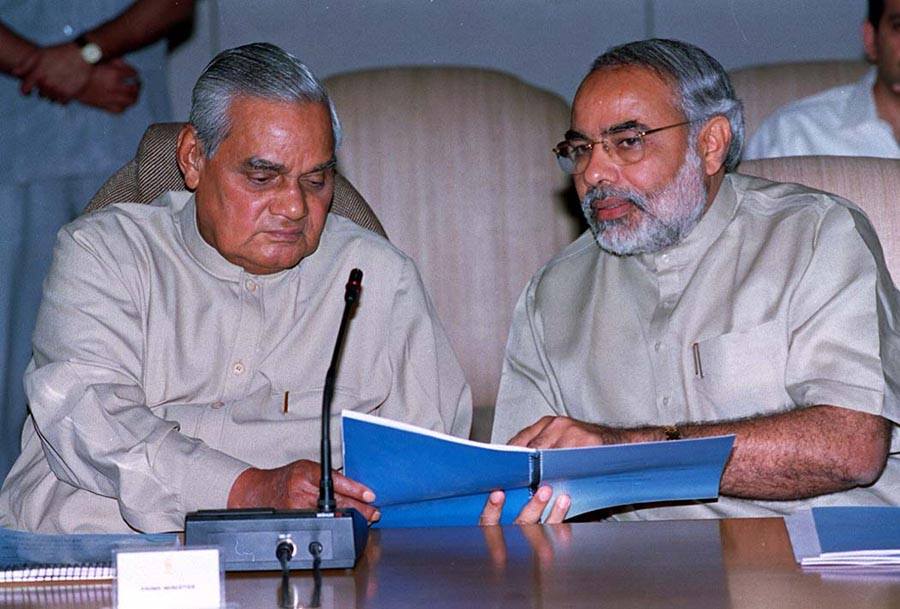 Vajpayee, one of India's most prominent statesmen in his day, had retired from public life after his health turned frail. Photo courtesy: Flickr/Narendra Modi

"It is with profound grief that we inform about the sad demise of former Prime Minister of India, Shri Atal Bihari Vajpayee at 05:05 pm on August 16, 2018," the statement read. "Unfortunately, his condition deteriorated over the last 36 hours and he was put on life support systems. Despite the best of efforts, we have lost him today."

Mr Vajpayee, one of India's most prominent statesmen in his day, had retired from public life after his health turned frail. He was under the supervision of Dr Randeep Guleria, the Director of AIIMS. For over three decades, Dr Guleria, a pulmonologist, had served as personal physician to Mr Vajpayee.

Prime Minister Narendra Modi visited Mr Vajpayee this afternoon. LK Advani, one of Mr Vajpayee's closest colleagues and his home minister in the NDA government from 1998 to 2004 and Congress chief Rahul Gandhi were among the visitors as well.

"His passing away marks the end of an era. He lived for the nation and served it assiduously for decades. My thoughts are with his family, BJP Karyakartas and millions of admirers in this hour of sadness. Om Shanti," Modi said.

It was Atal Ji's exemplary leadership that set the foundations for a strong, prosperous and inclusive India in the 21st century. His futuristic policies across various sectors touched the lives of each and every citizen of India.

"Today India lost a great son. Former PM, Atal Bihari Vajpayee ji, was loved and respected by millions. My condolences to his family & all his admirers. We will miss him," Rahul Gandhi said.

Today India lost a great son. Former PM, Atal Bihari Vajpayee ji, was loved and respected by millions. My condolences to his family & all his admirers. We will miss him. #AtalBihariVajpayee

The former PM's last rites to be held at Vijay Ghat at 5 pm tomorrow. The government has announced a seven-day national mourning from August 16 to August 22 and Mr Vajpayee will be accorded a state funeral.

India is at a great loss today. Shri #AtalBihariVajpayee ji’s contributions to our nation have been innumerable. Thoughts and prayers go out to his loved ones.

Former Prime Minister Shri #AtalBihariVajpayee's visionary ideas and contributions for India were truly remarkable. The nation will always remember... #RIP
My thoughts and condolences to the family.

Indian scientific community would ever be grateful to #AtalBihariVajpayee - he expanded ‘Jai Jawan, Jai Kisan’ to include ‘Jai Vigyan’ after the nuclear test at Pokhran.His courageous decision to go for the 2nd nuclear test was the beginning of an India to reckon with. @BJP4India pic.twitter.com/G7fAjYTbZc