Nearly after 50 years, the flames of India Gate’s Amar Jawan Jyoti will be merged today with the eternal flame at the National War Memorial in the national capital. 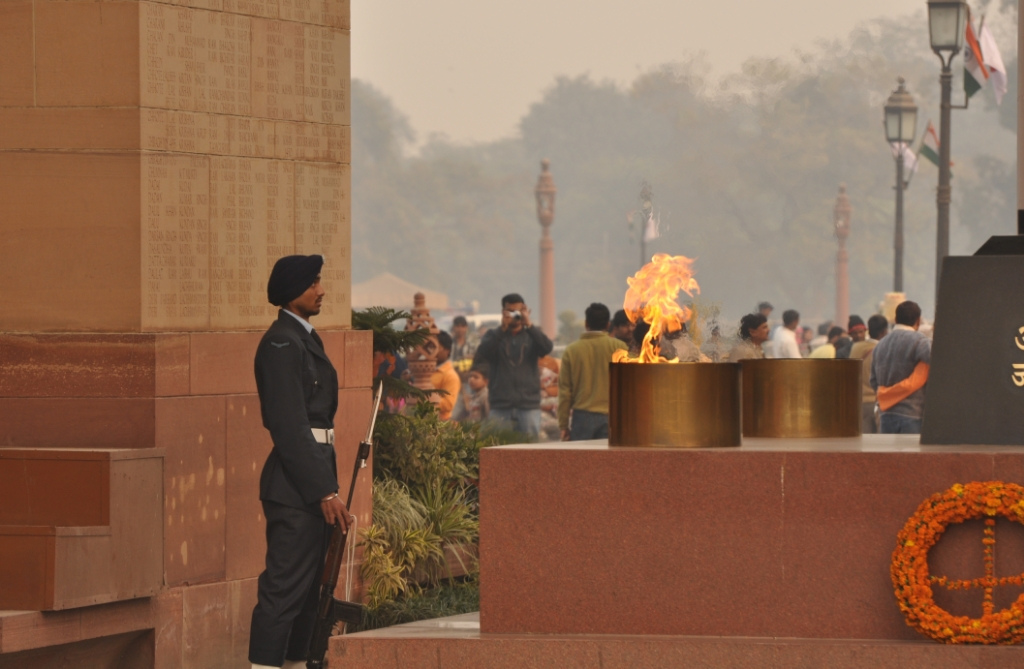 The Amar Jawan Jyoti was constructed as a memorial for Indian soldiers who were killed in action in the 1971 Indo-Pak war. Photo courtesy: Wikimedia

The merger of flames will be done in a ceremonial function at around 3:30 pm by Air Marshal Balabadra Radha Krishna, Chief of Integrated Defence Staff, in the absence of serving Chief of Defence Staff.

The Amar Jawan Jyoti was constructed as a memorial for Indian soldiers who were killed in action in the 1971 Indo-Pak war, which India won, leading to the creation of Bangladesh.

It was inaugurated by the then prime minister, Indira Gandhi, on January 26, 1972.

The name of armed forces personnel killed during the armed conflicts with Pakistan and China as well as 1961 war in Goa, Operation Pawan in Sri Lanka and other operations including Rakshak in UT of Jammu and Kashmir are inscribed in the memorial in golden letters. This allows the near and dear ones of the fallen brave heart as well as the public to pay respects to the fallen warrior.