The International Court of Justice (ICJ) will pronounce its verdict on the Kulbhushan Jadhav’s case today, three days after it heard arguments presented by India and Pakistan. According to government sources, the court’s verdict will be delivered at around 3.30 pm IST. 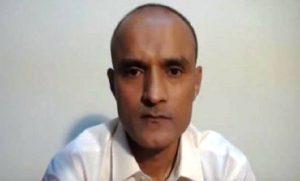 ​Jadhav had been tried by a military court in Pakistan for espionage and sentenced to death. India had demanded the immediate suspension of Jadhav's death sentence, expressing fears that Pakistan could execute him even before the hearing at the ICJ was over. The 46-year-old former Navy officer was arrested on March 3 last year.

The Jadhav case was taken to the world court on May 8 by India, which accused Pakistan of violating the Vienna Convention and conducting a "farcical trial" for convicting Jadhav without a "shred of evidence".

Pakistan told the ICJ that Vienna Convention provisions on consular access were not intended for a "spy" involved in terror activities and charged India with using the world body as a stage for "political theatre".

The decision will be read by the President of the ICJ, Ronny Abraham, who was one of the 11 ICJ judges who heard the arguments.

During Monday’s hearings, India’s Counsel Harish Salve accused Pakistan of “egregious violations” of the Vienna Convention on Consular Access, which he said allowed “no exception” and alleged that Pakistan had kidnapped Mr Jadhav from Iran, and had framed and extracted a confession from him.

Pakistan’s Counsel Qureshi dubbed Jadhav a “terrorist” and accused India of ambushing it with the push for provisional measures, while Jadhav had 150 days to appeal his sentence.