In Pics: The Bicentennial Experience in Singapore

During the Singapore National Day Rally 2019, it was announced that ‘From Singapore to Singaporean: The Bicentennial Experience’ at Fort Canning Park will be extended till the end of the year. Prime Minister Lee Hsien Loong had noted the overwhelming requests to extend the run of the multimedia sensory experience. 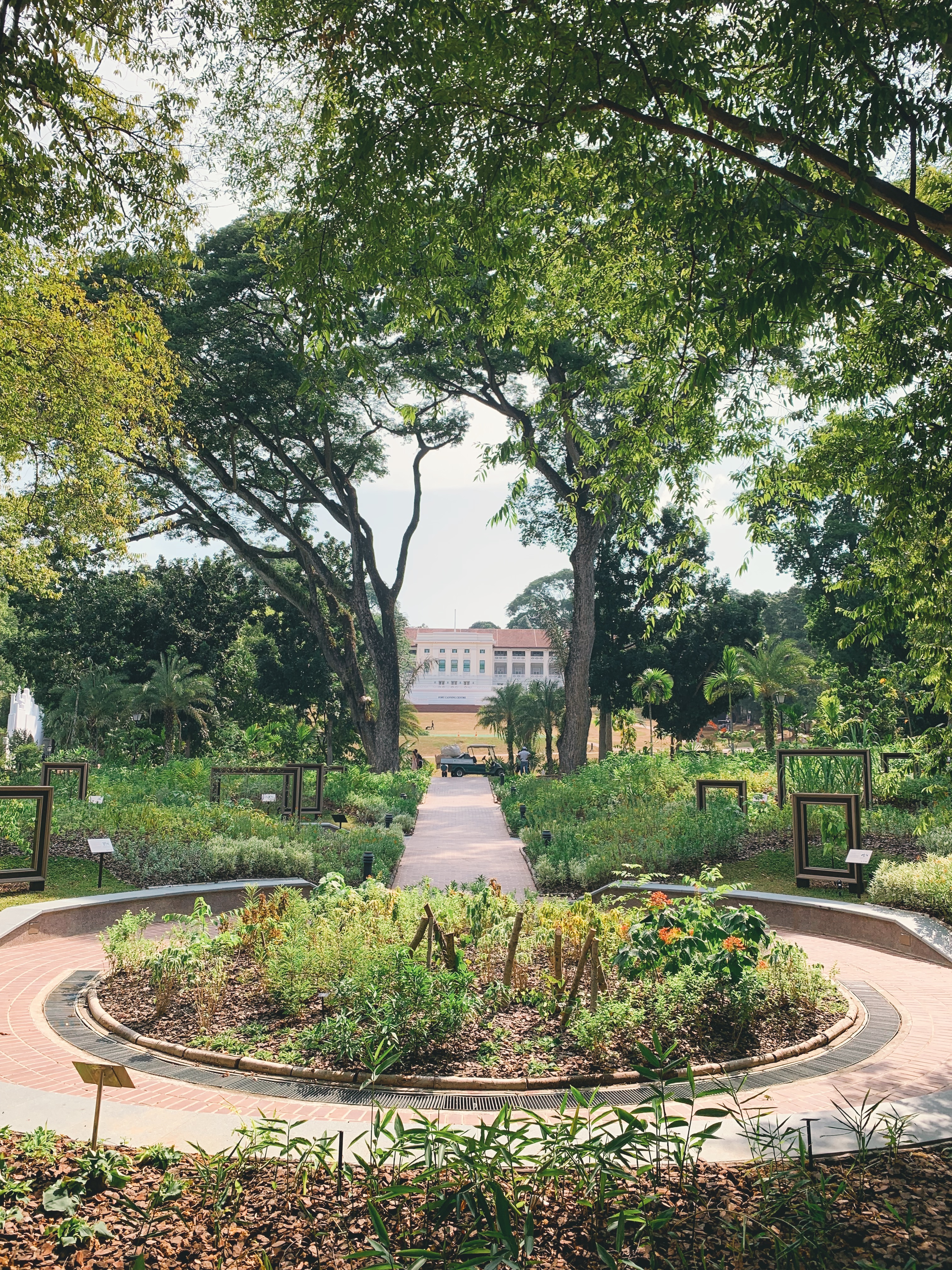 'From Singapore to Singaporean: The Bicentennial Experience', set in the lush greenery of Fort Canning Park, will run till end of 2019. Photo: Connected to India

Created to commemorate the 200th anniversary of the arrival of Stamford Raffles in Singapore, The Bicentennial Experience was originally intended to be held from June 2 to September 15. It consists of two main sections – The Time Traveller and The Pathfinder – which unfolds the story of Singapore’s evolution.

The narrative stretches beyond the British arrival in 1819, exploring the preceding 500 years.

The audience is taken back in time on an experiential journey through Singapore's key transformational moments. Featuring five acts, the one-hour show makes history come alive with energetic live performances and cutting-edge multimedia.

The sensory experience starts with the Climate Story which features rain that magically freezes and falls in "reverse". The prequel aims to provide insights into how weather and climate impacted the growth of communities. Monsoon rains and storms had played a significant role in Singapore's history. Strong winds brought vessels and people to and from the island, resulting in robust trade, immigration and connectivity: 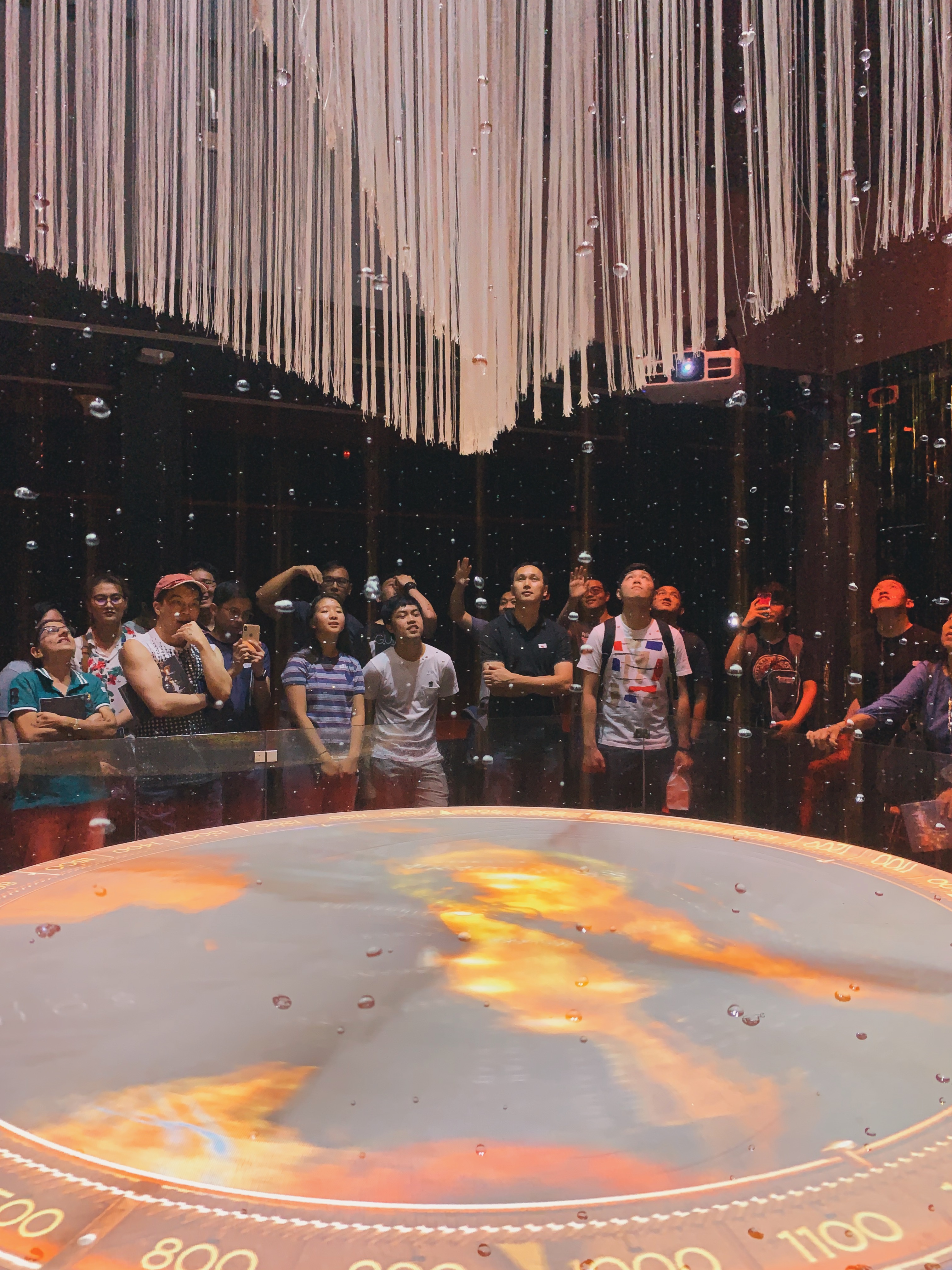 The journey begins at the Atrium. In this installation, rain magically freeze and fall in "reverse"! Photo: Connected to India

Act 1 features live performers and a moving travelator that add drama and dynamism to some of the most colourful exploits that unfolded in early Singapura. It highlights how Singapore was already at the forefront of regional and global events as early as the 13th century: 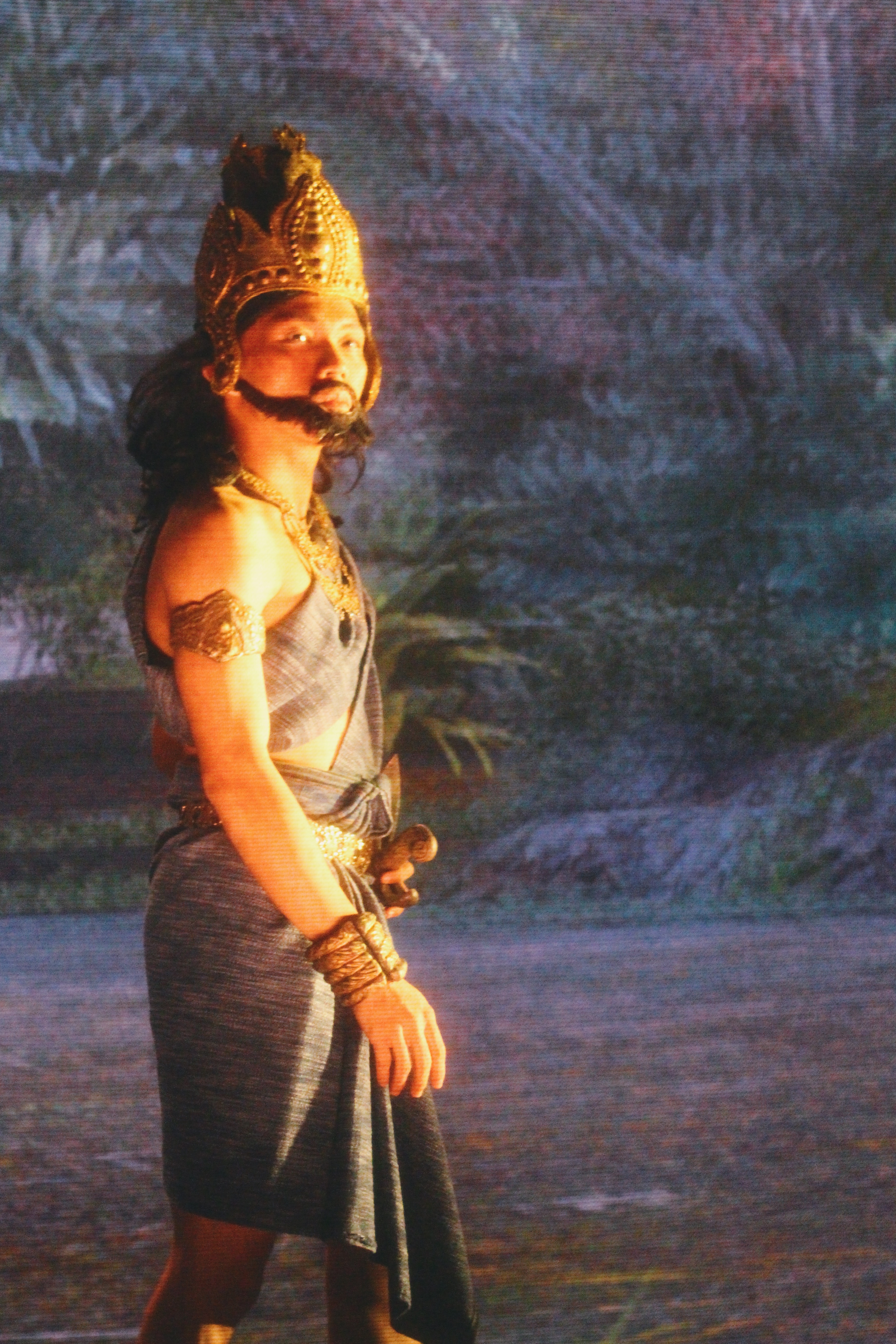 Act 1 covered the dynamic period of early Singapura, taking visitors on an adrenaline rush through 300 years, starting with Sang Nila Utama's arrival in the 13th century. Photo: Connected to India 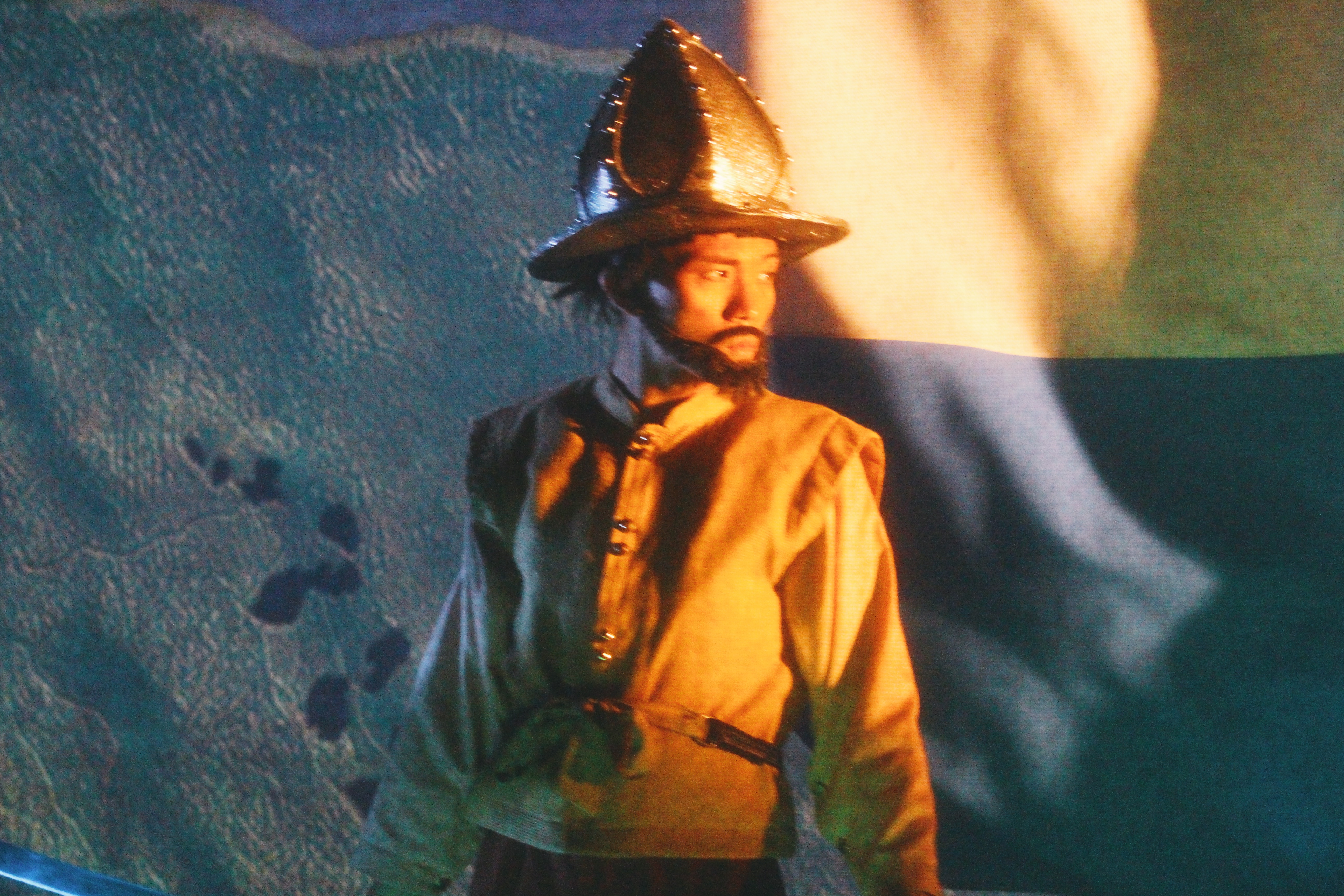 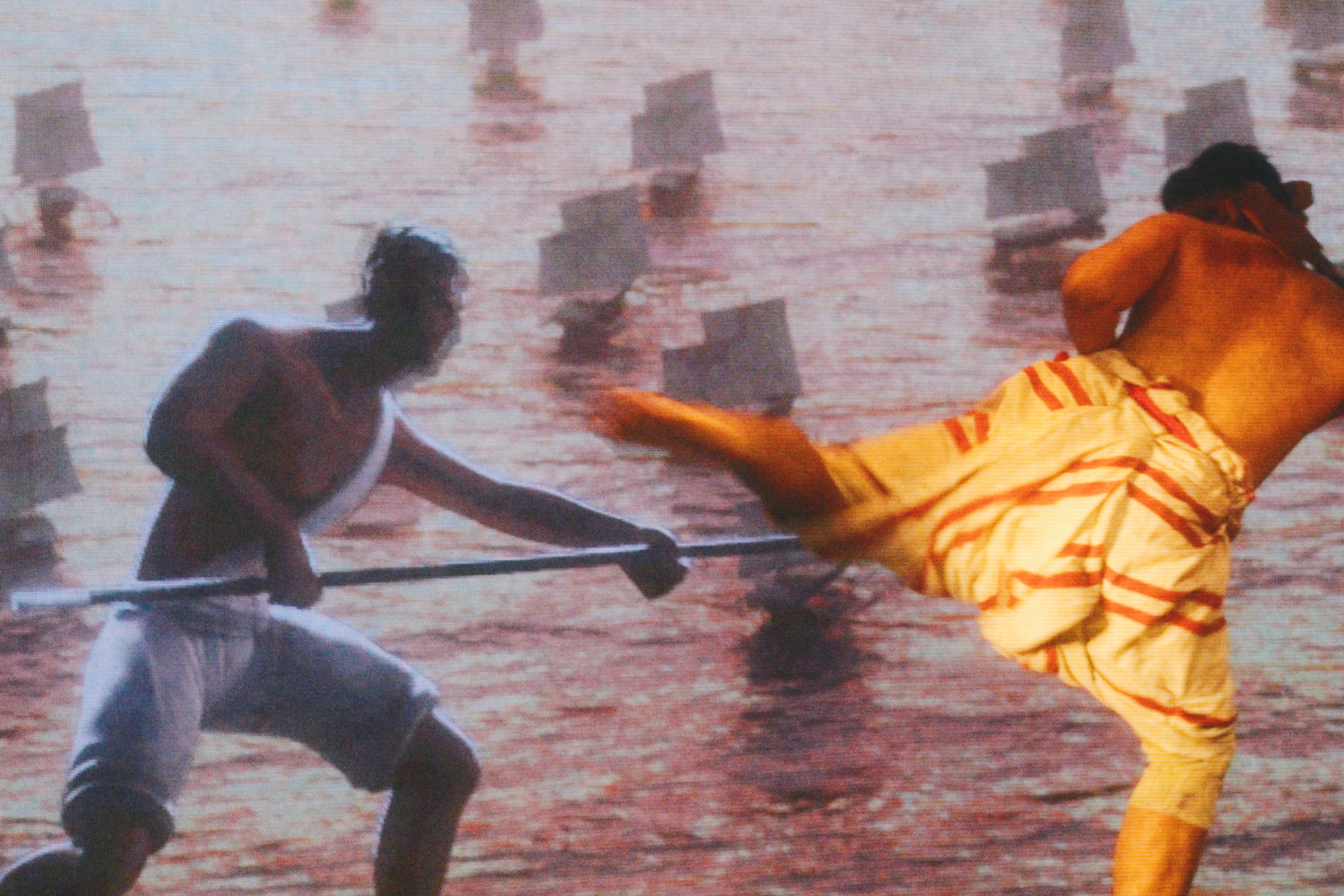 Act 1 was filled with exciting action and epic battles! Photo: Connected to India

Iskandar Shah, direct descendent of Sang Nila Utama, was said to be the last king of Singapura. He occupied the throne by virtue of lineage, but struggled to make the port city prosper. Iskandar Shah eventually fled to Melaka, where he started anew. Photo: Connected to India

Act 2 tells the narrative of how Stamford Raffles came to Singapore in 1819. The audience boards a ship and embarks upon a cinematic voyage, witnessing dramatic historical moments and meeting important figures through the eyes of local wildlife: 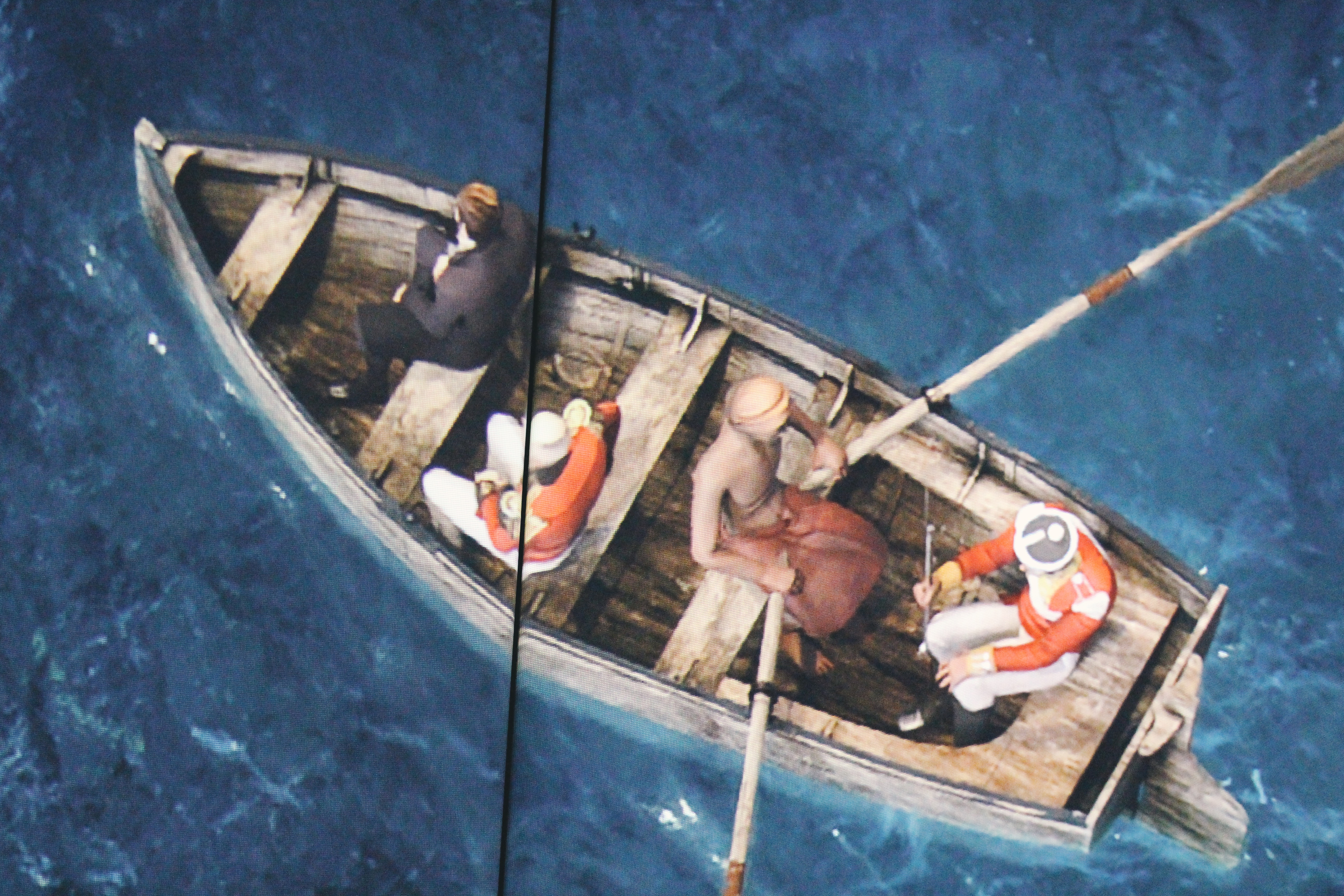 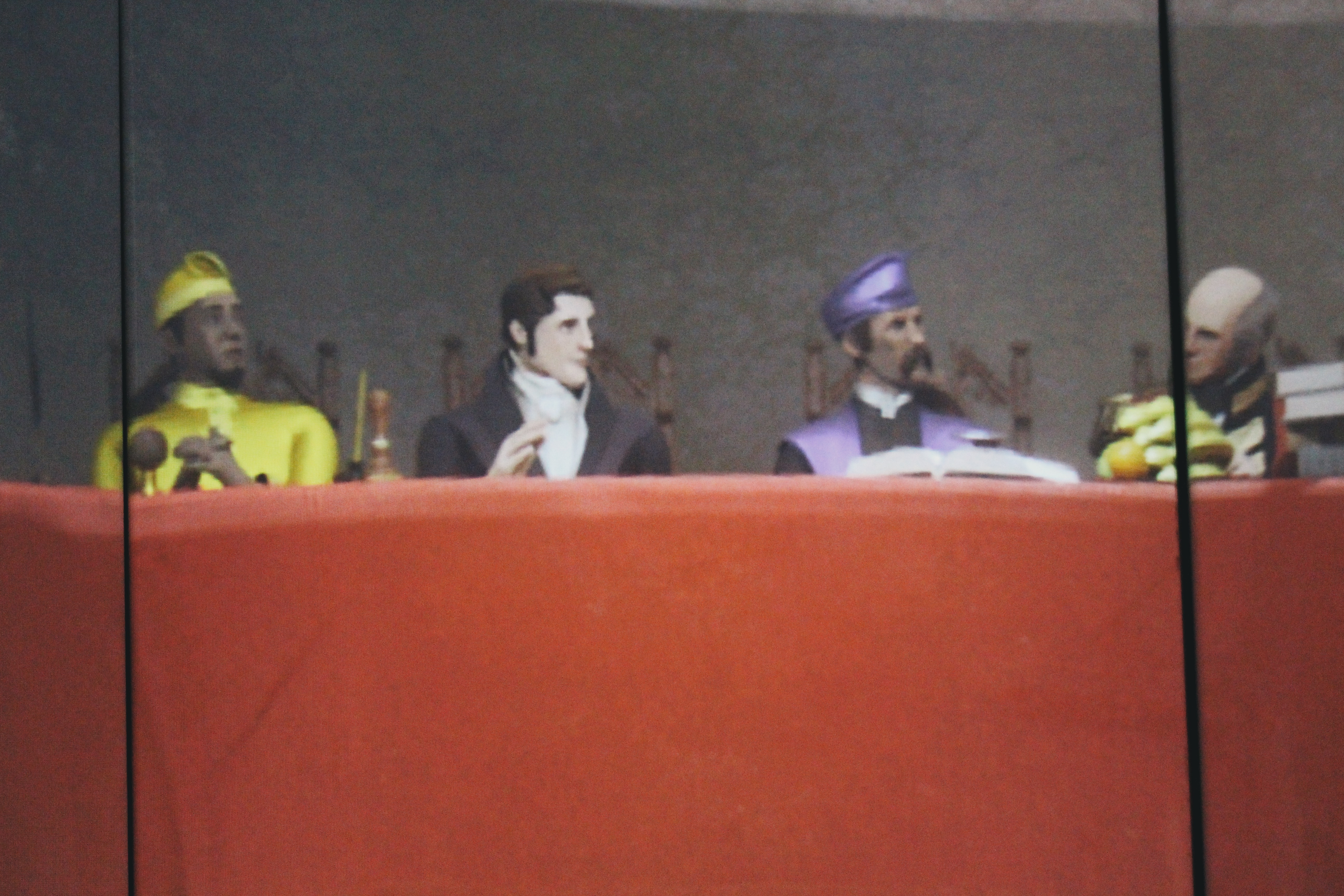 On 6 February 1819, Stamford Raffles, Temenggong Abdu'r Rahman and Sultan Hussein Shah of Johor signed a treaty that gave the British East India Company (EIC) the right to set up a trading post in Singapore. Photo: Connected to India

Act 3 features a rotunda with a wrap-around screen and a revolving platform showing the audience the magic and the mayhem that urbanisation brought in the early 20th century - ranging from the connectivity arising from new shipping routes and communication lines to a litany of social ills and diseases: 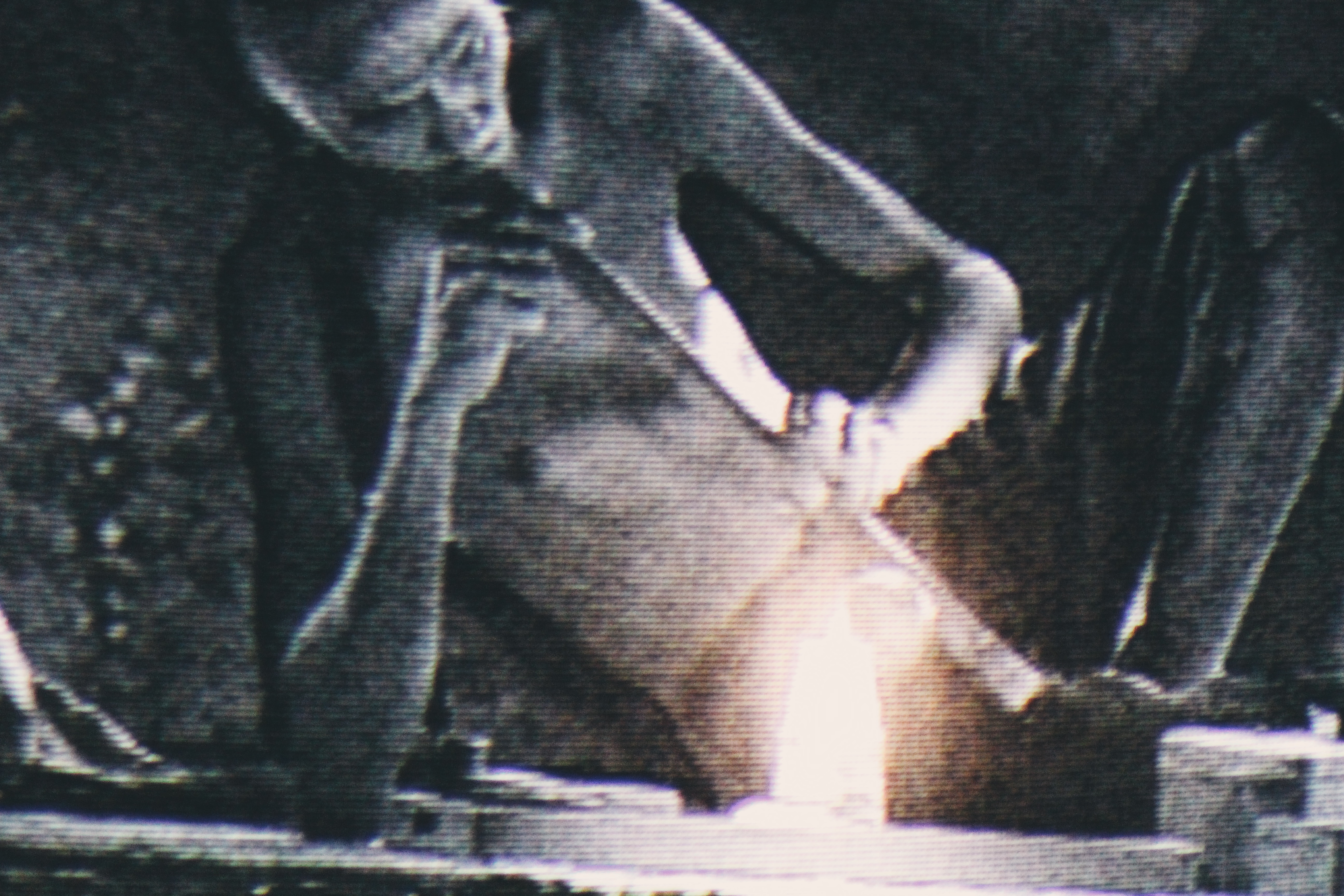 Opium contributed significantly to the general trade in Singapore’s pioneering years. It was encouraged by the British colonial government, which reaped great profit from opium licenses. On the social front, it caused widespread addiction among the coolies, as well as social issues. Photo: Connected to India

Act 4 is a sombre affair that delves into the tumultuous Japanese Occupation of Singapore. Beginning with an audio gallery recounting how local resistance fighters bravely stood up to the Japanese invasion, visitors are then ushered into two bunker-like tunnels where cracks in the wall provide a dramatic peek into wartime life.

Act 5 links to the prequel's reference to rain. With see-through umbrellas in hand, visitors enter the "raining room" which serves as a metaphor for how Singapore's journey to independence was filled with cloudy and rainy conditions – from moving out of the colonial era, merging with Malaysia, before being thrown into independence and building a world-class city: 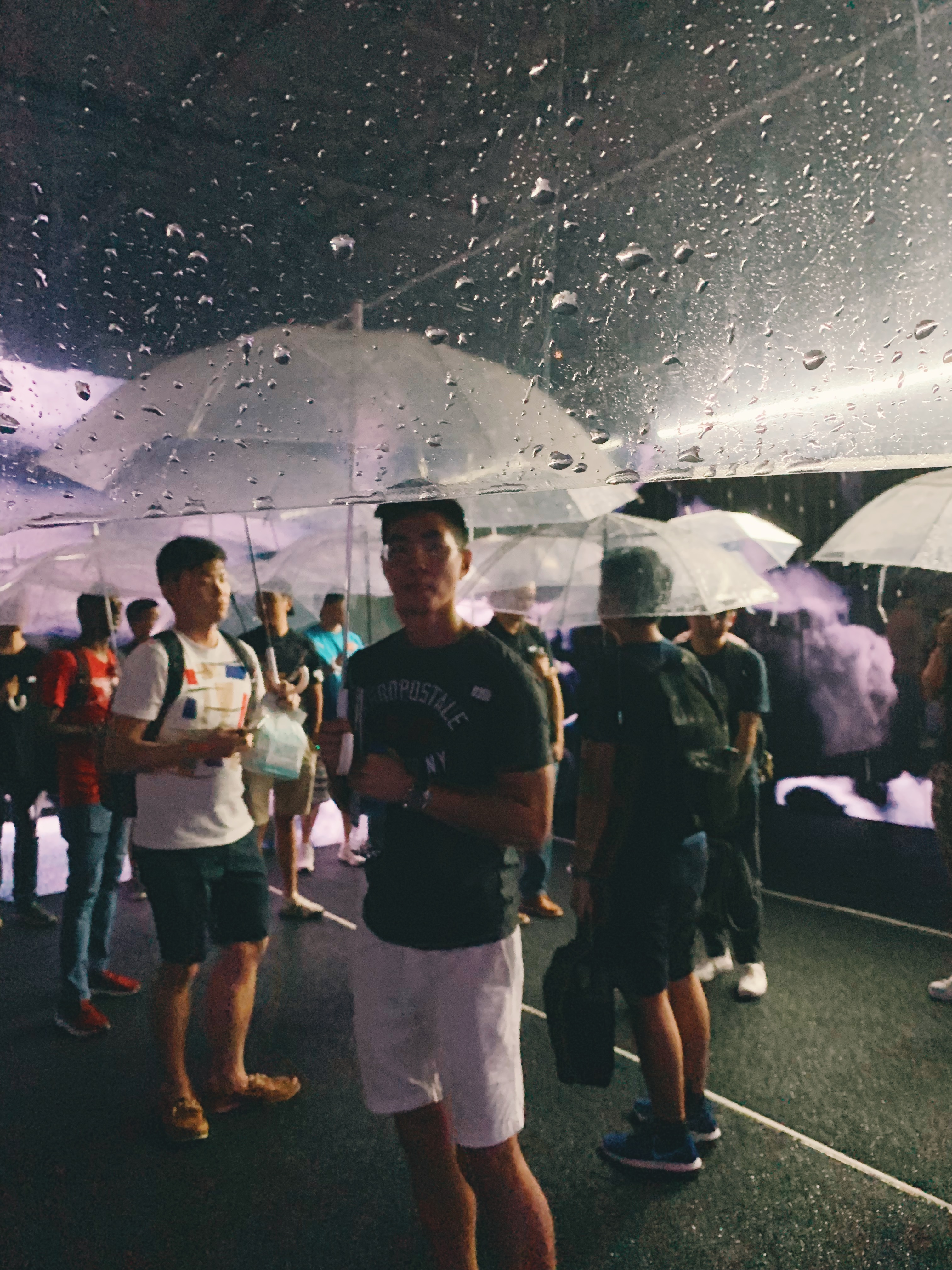 The space is enclosed by U-shaped screens, so that visitors feel as if they are part of the Singapore story, and standing together with early generations to weather the storm as a nation. Photo: Connected to India 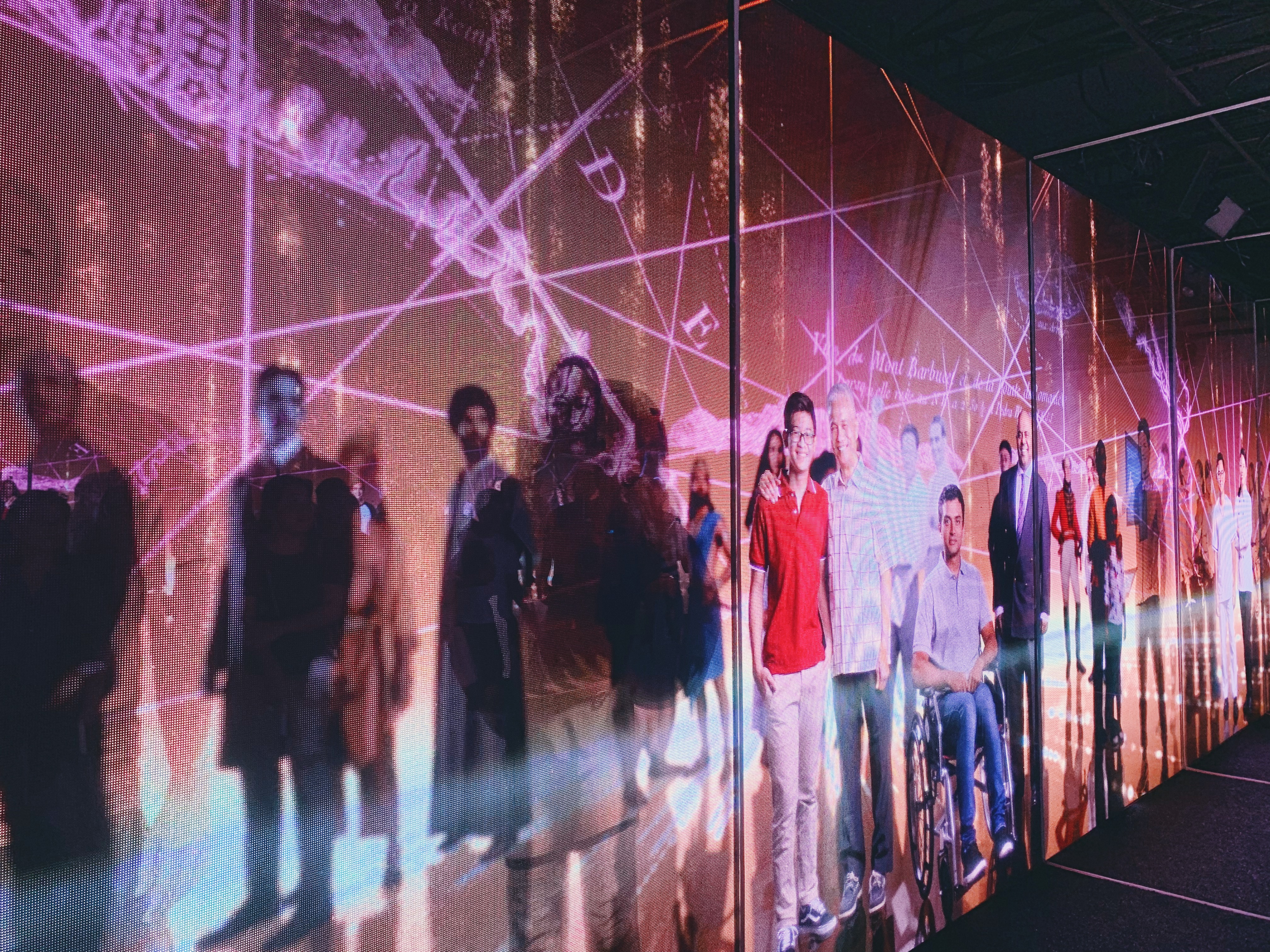 The Time Traveller Experience concludes by reflecting on the 200 years that have shaped Singapore. Photo: Connected to India

An outdoor experience, The Pathfinder features pavillions dedicated to different aspects of Singapore's history, such as artefacts, maps, flora and fauna, and the written word.

Visitors can uncover fascinating aspects about early Singapore, and explore the little red dot's place in the world through interactive media displays and physical artwork installations.

Here's a look at some of the works: 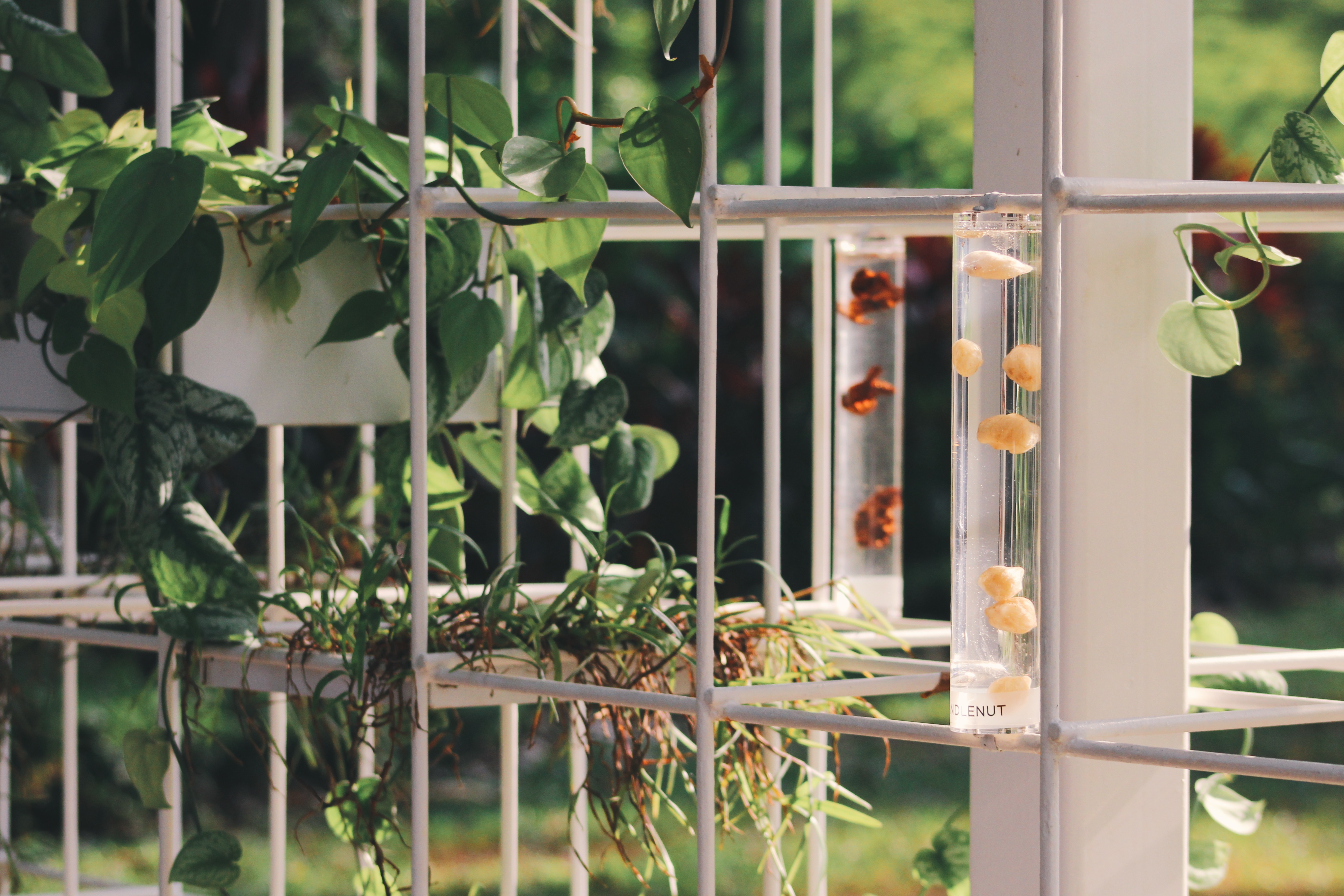 Plants unique to the Southeast Asian region are on display. Photo: Connected to India 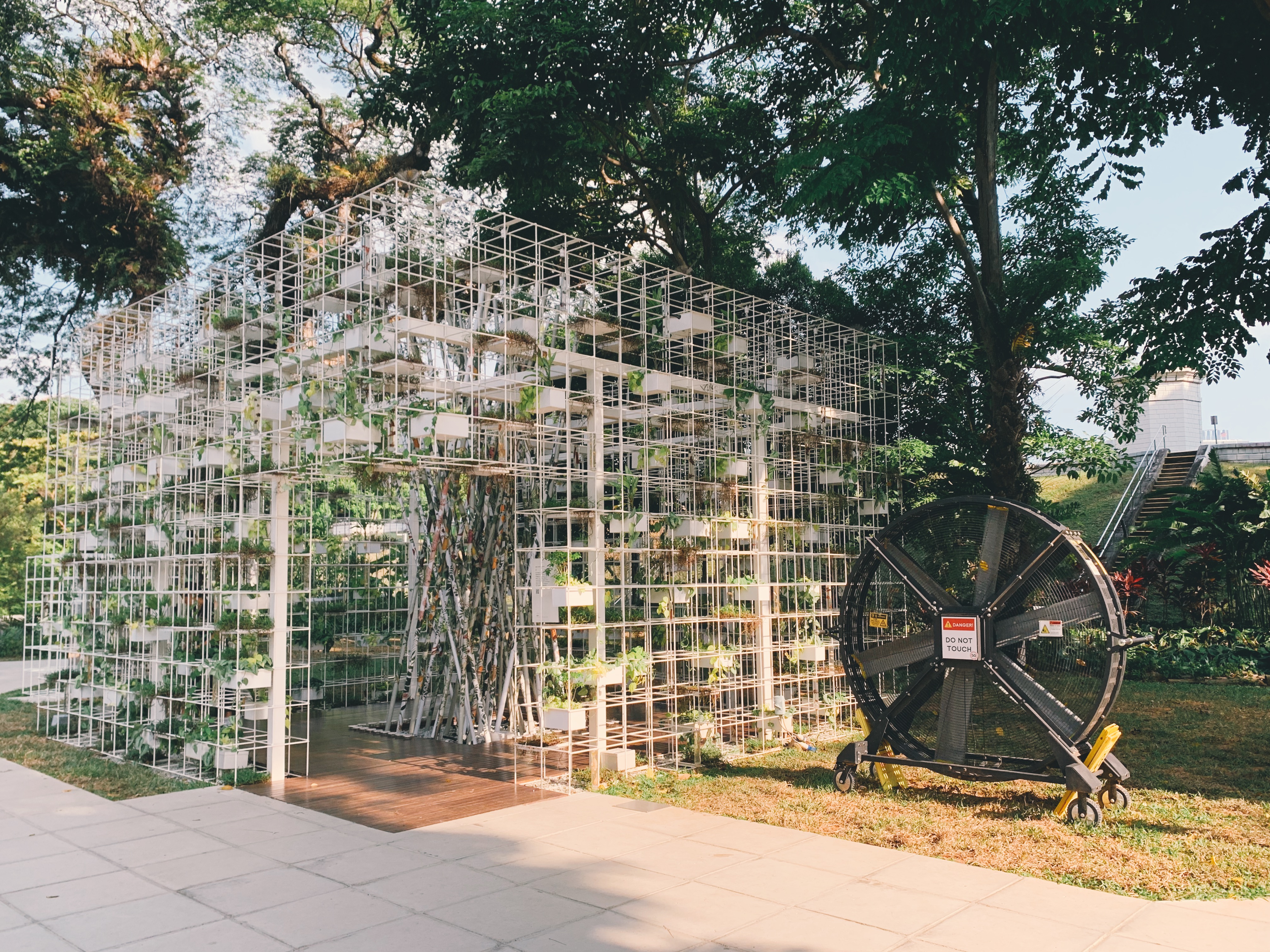 There are giant fans placed around the area to keep you cool! Photo: Connected to India 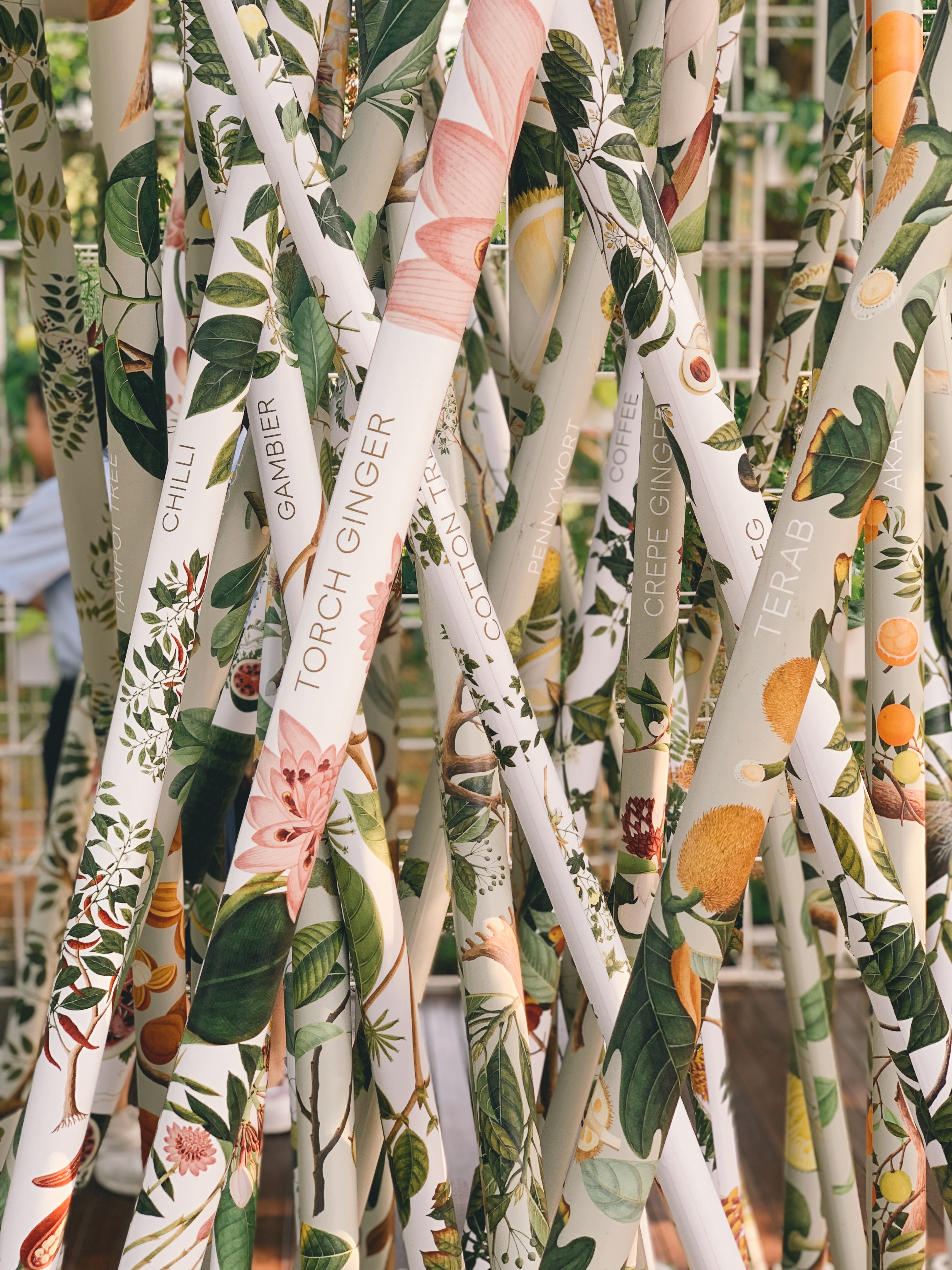 At the Seed Conservatory, learn about how both native and non-native plants have come to us through our past. Photo: Connected to India 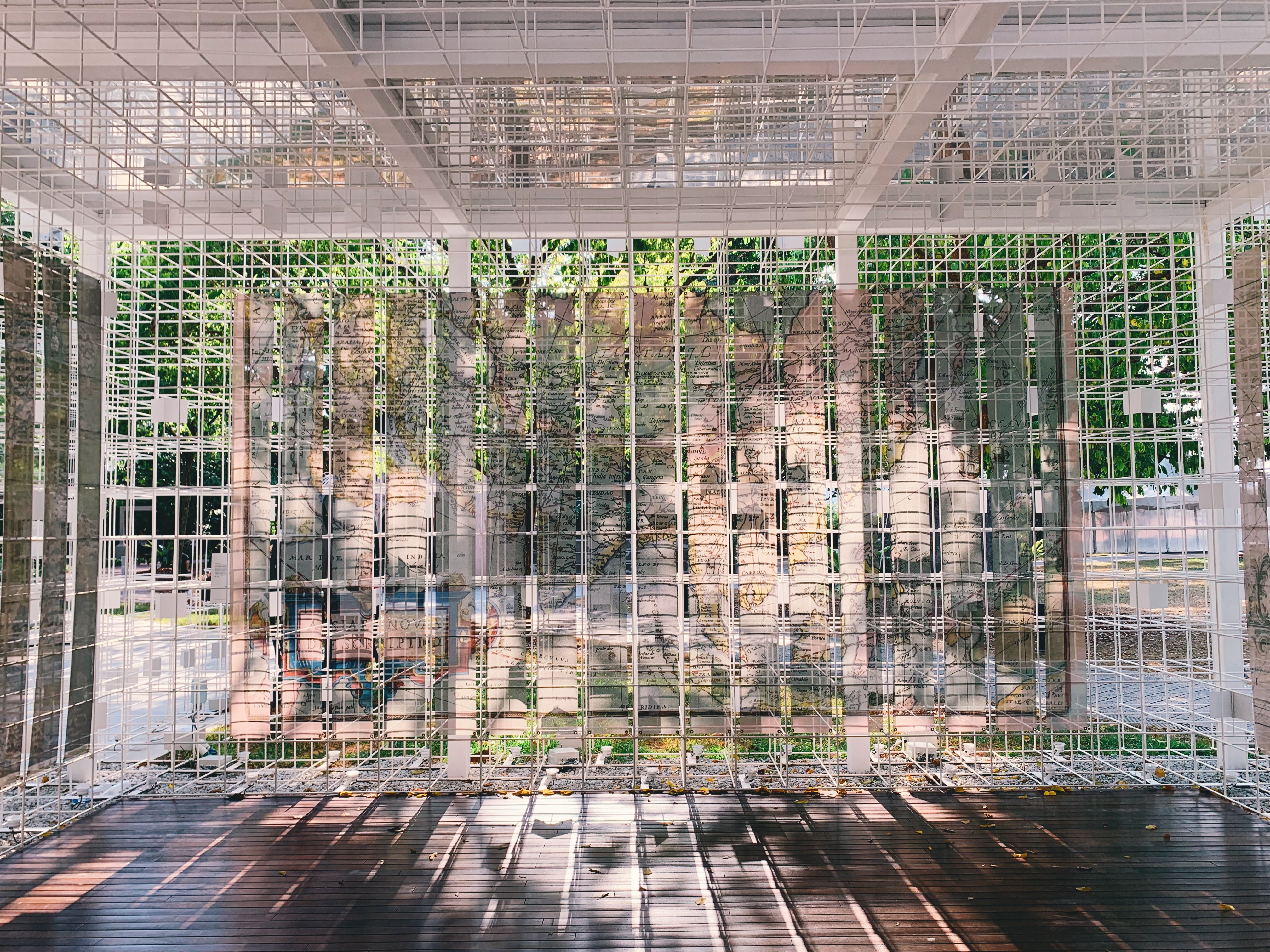