The Bollywood walk of fame has come to the Lion City as Madame Tussauds Singapore officially launched the Ultimate Film Star Experience (UFSE), an interactive display featuring wax statues of the biggest Indian stars, yesterday. The launch was officiated by iconic television personality and film director Karan Johar, who unveiled his first and only wax figure at this new zone as well.

Designed with a host of special effects and technology, visitors will start in the dressing room with Madhuri Dixit, move on to an interactive hologram audition session with Karan Johar, practice their dance moves with Varun Dhawan, act on set with special effects and AR technology, and have many more exciting experiences and discoveries along the way. Shahid Kapoor, Varun Dhawan and Priyanka Chopra are set to join the cast of the attraction throughout 2019.

In honour of the launch, Karan Johar – famed actor, producer and director unveiled his unique wax figure in Ultimate Film Star Experience. “I remember going with my parents to Madame Tussauds as a wide-eyed kid. Unveiling my statue at Madame Tussauds today was a really special moment, made all the more special by my mom's presence on the occasion,” he said.

Capture the feel of the event through the photos below, or click here for our live coverage of the launch. 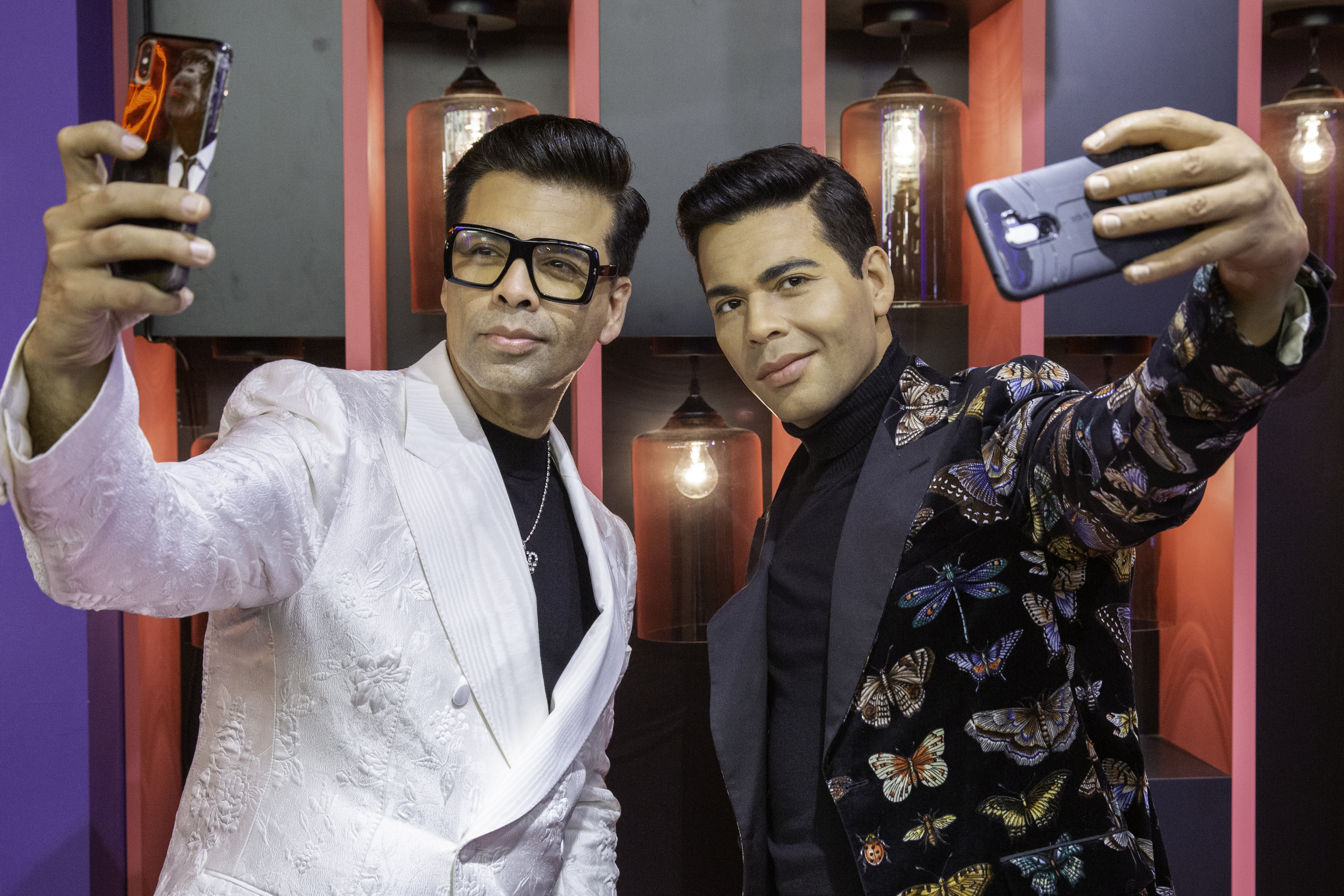 Karan Johar posing with his wax statue, which is a star attraction in multiple scenarios of the Bollywood Experience at Madame Tussauds Singapore. Photo courtesy: Madame Tussauds 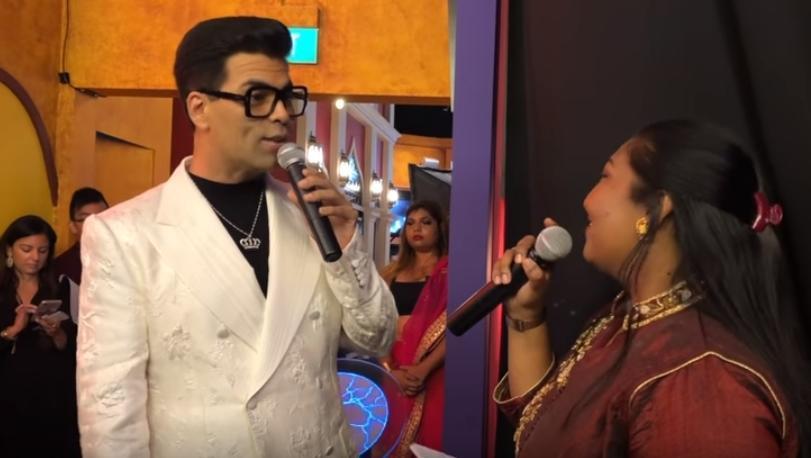 KJo speaking to the crowd about his Madame Tussauds experiences before the unveiling of his wax doppleganger. Photo: Connected to India 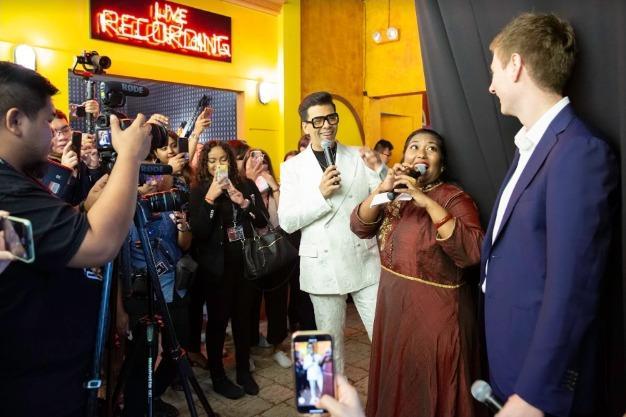 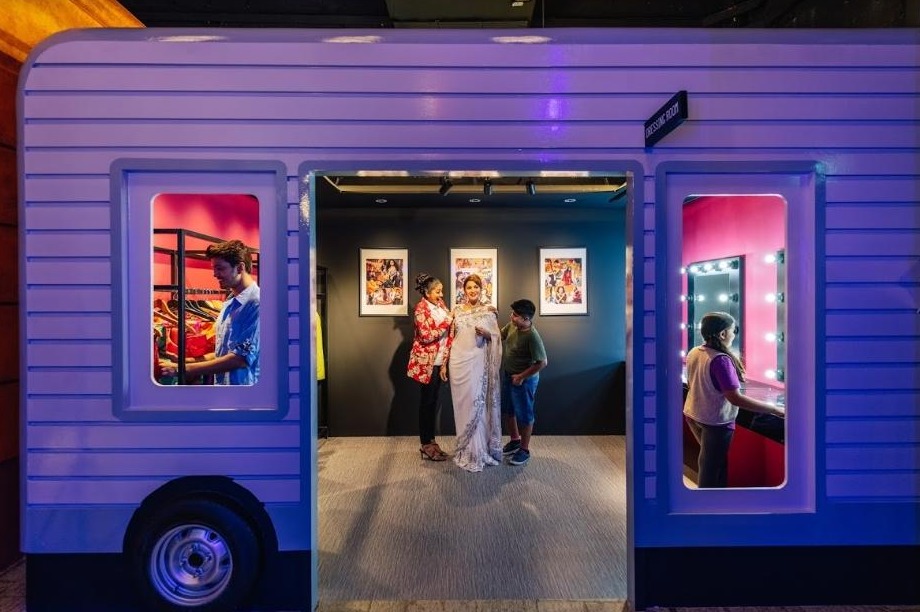 A classic dressing room housed in a trailer starts guests on their journey as budding stars finding the perfect outfit for their movie or premiere. Take the opportunity to snap a photo alongside one of Hindi cinema’s most popular actresses, Madhuri Dixit. Photo courtesy: Madame Tussauds 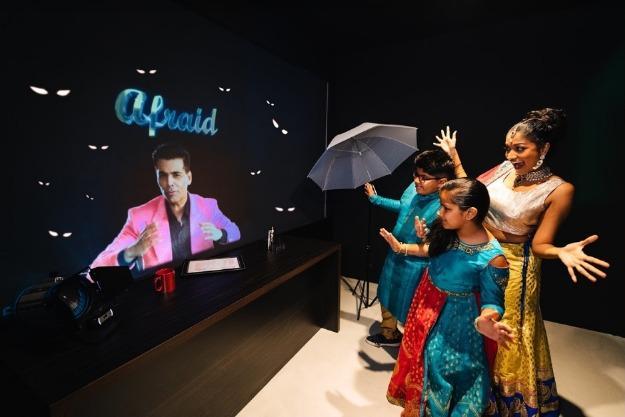 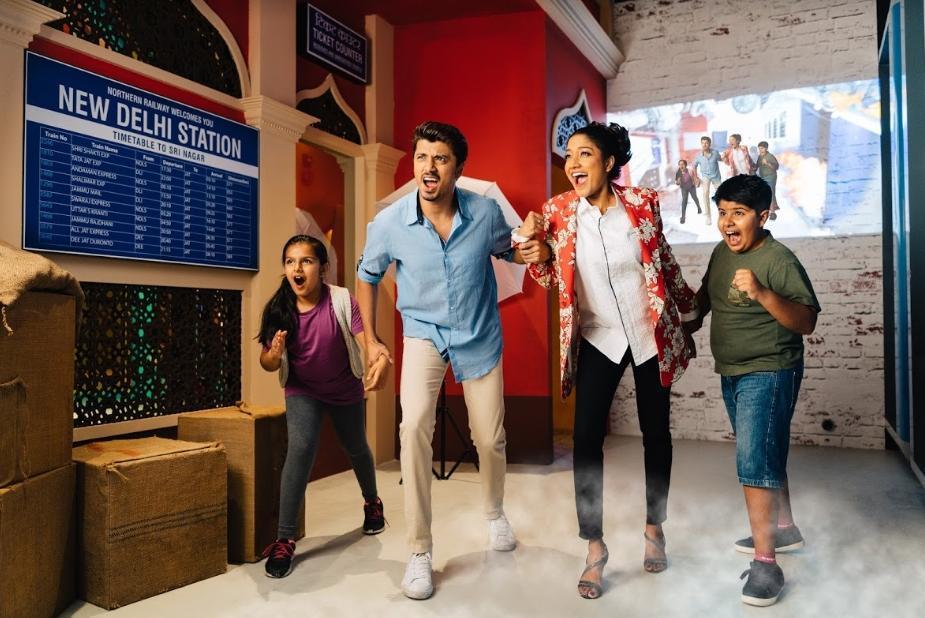 Bringing to life a classic scene from Indian cinema, fans find themselves in a traditional railway train station in the midst of a digitally generated earthquake made possible with AR technology, audio-visual effects and real-time camera capture. Photo courtesy: Madame Tussauds 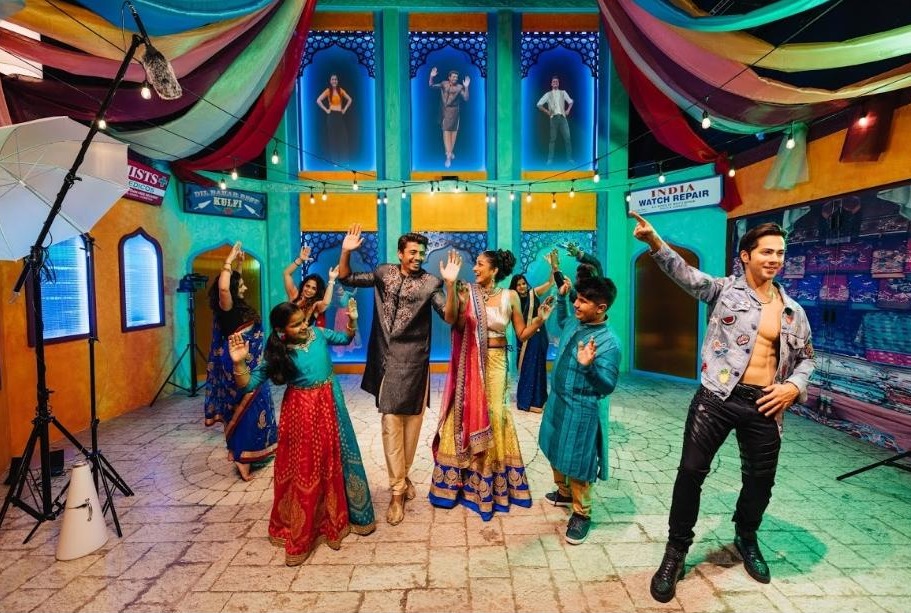 Step into the limelight and dance alongside Varun Dhawan with exclusive celebrity content filmed especially for MTSG. Using Kinect interactive features with real-time camera capture, visitors have the chance to be part of a Bollywood chorus of dancers and have their moves projected directly on a digital wall. Photo courtesy: Madame Tussauds 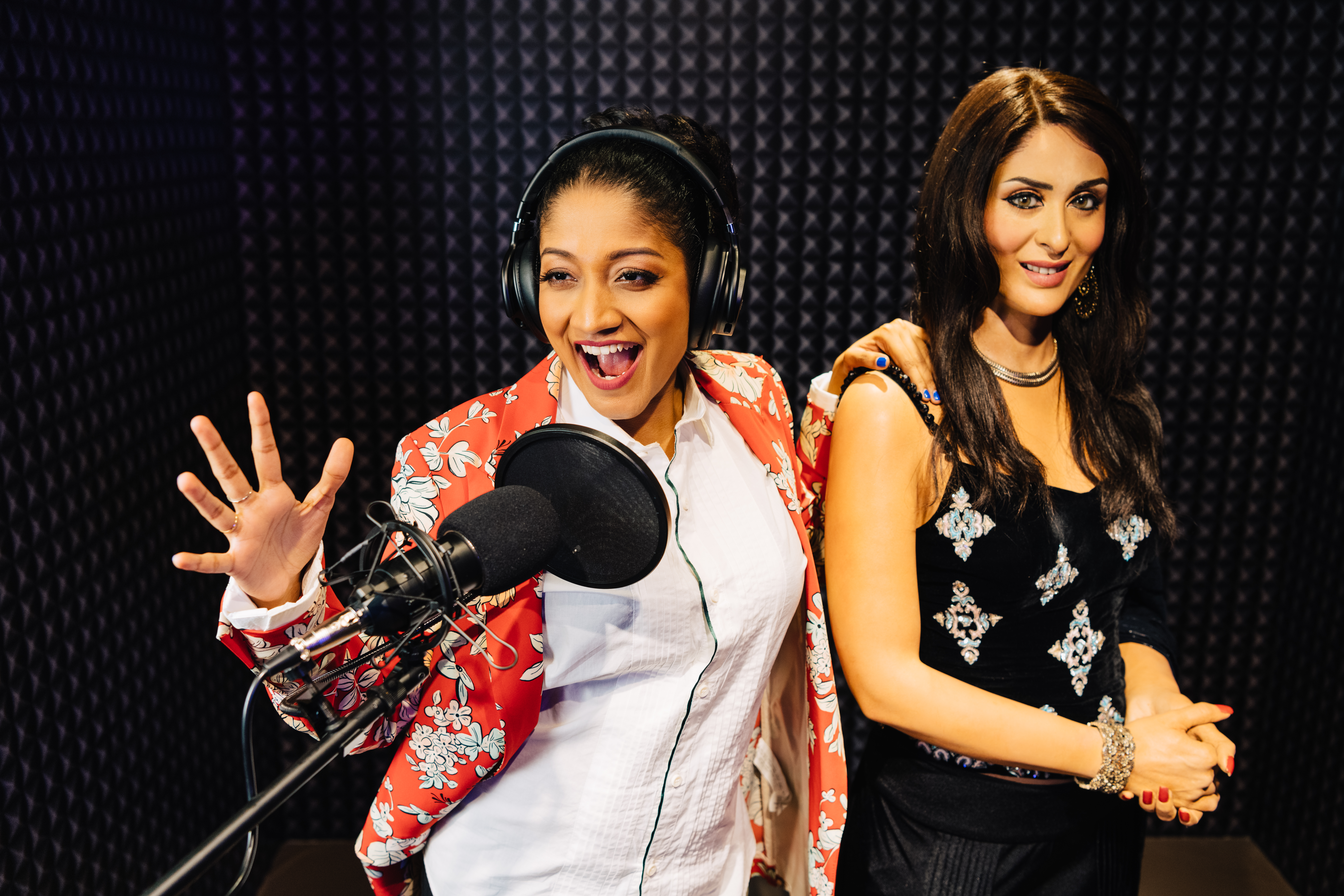 Rock the mic, make some noise and record a single or dub over a film track with Kareena Kapoor. Photo courtesy: Madame Tussauds 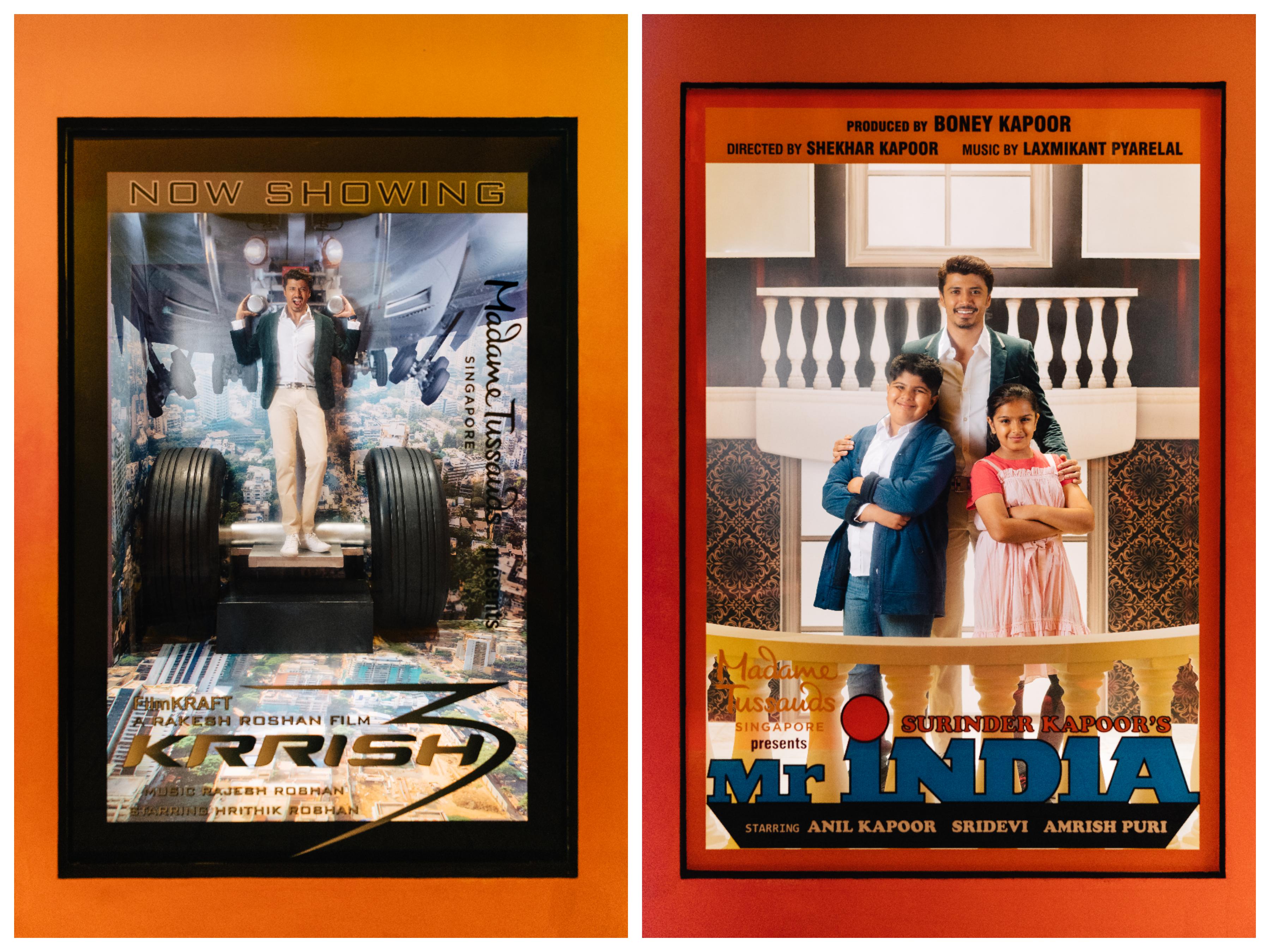 Upon finally reaching stardom towards the end of the attraction, fans get to star in movie posters, such as being part of an iconic scene from the Krrish and Mr India movies. Photo courtesy: Madame Tussauds 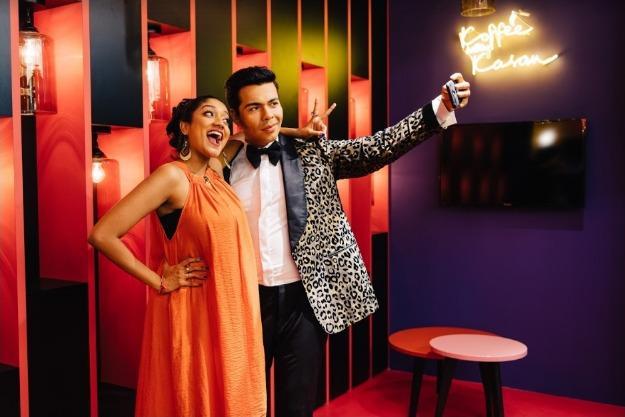 To end the exciting rise to fame, fans can sit with Karan Johar, where so many other celebrities have sat before, for an interview on his interactive set and take a selfie from his phone. Photo courtesy: Madame Tussauds
Bollywood Movies Madame Tussauds Singapore