Apple's Chief Executive Officer Tim Cook has been excitedly sharing snippets of his visit to the sunny island of Singapore on Twitter.

Arriving in Singapore from Japan, where he visited the tech giant’s Ginza store, Cook first posted on Wednesday morning a photo of him hanging out with Singaporean photographers Darren Soh and Aik Beng Chia at the Tiong Bahru Market.

On the hawker centre table were local delicacies such as chwee kueh, sugar cane juice and homemade barley. The two photographers shared with Cook their love for the Tiong Bahru precinct's heritage and the country's amazing food, the Apple CEO said in his post. 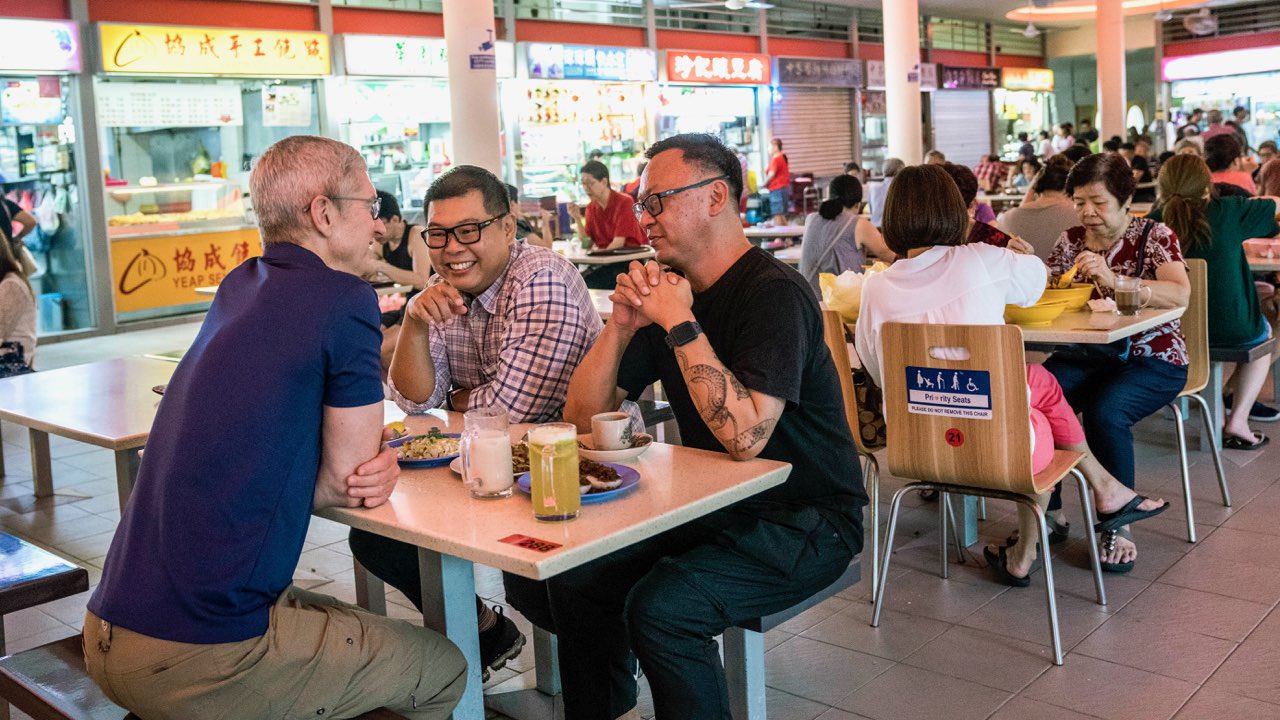 The visit is timely, and we couldn't help but speculate if he would be making a special appearance at the Obamas' events over the weekend.

Later that afternoon, Cook attended creative technology studio MeshMinds' Today At Apple session, and interacted with kids who got hands-on in saving the world's oceans. 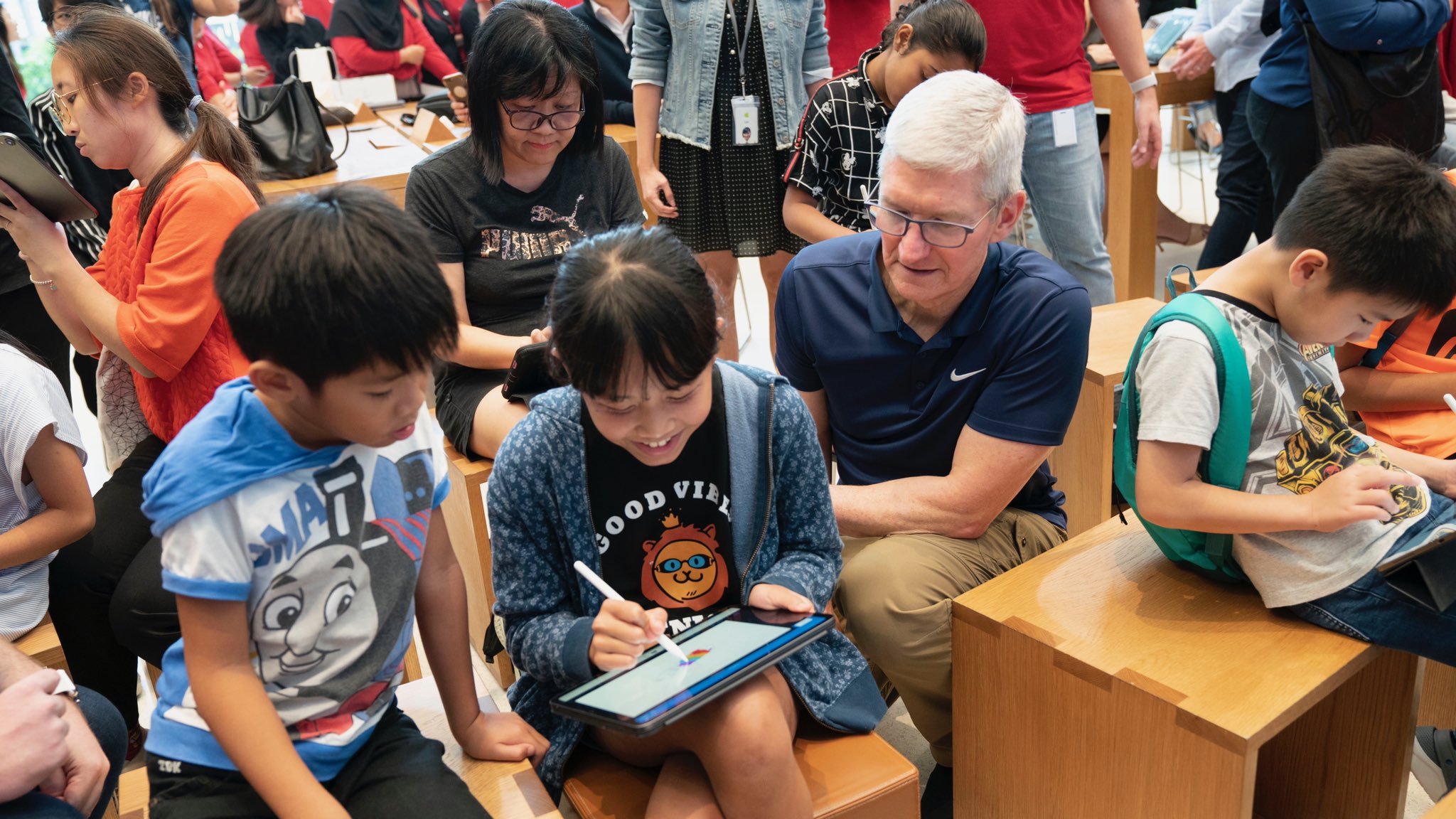 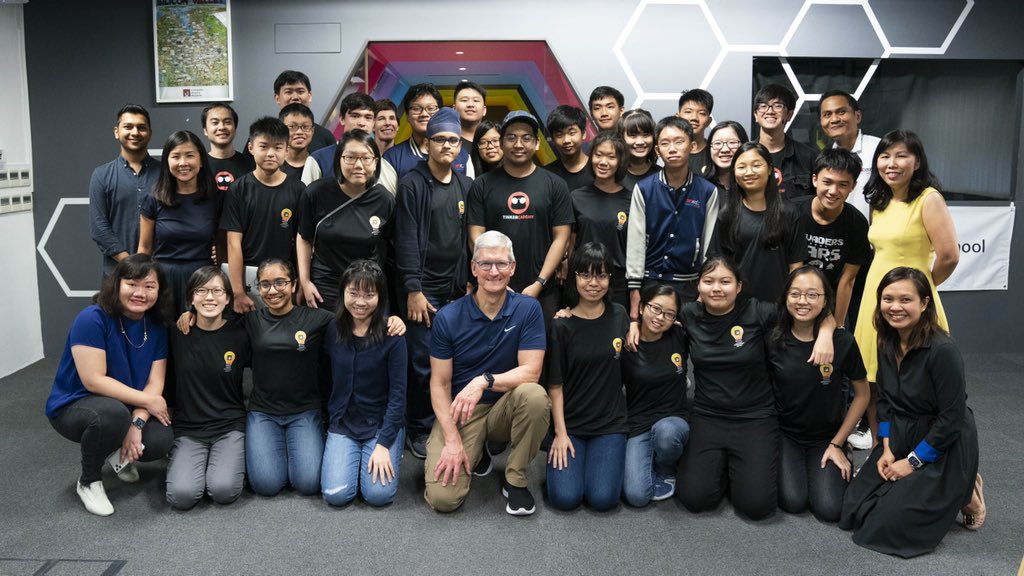 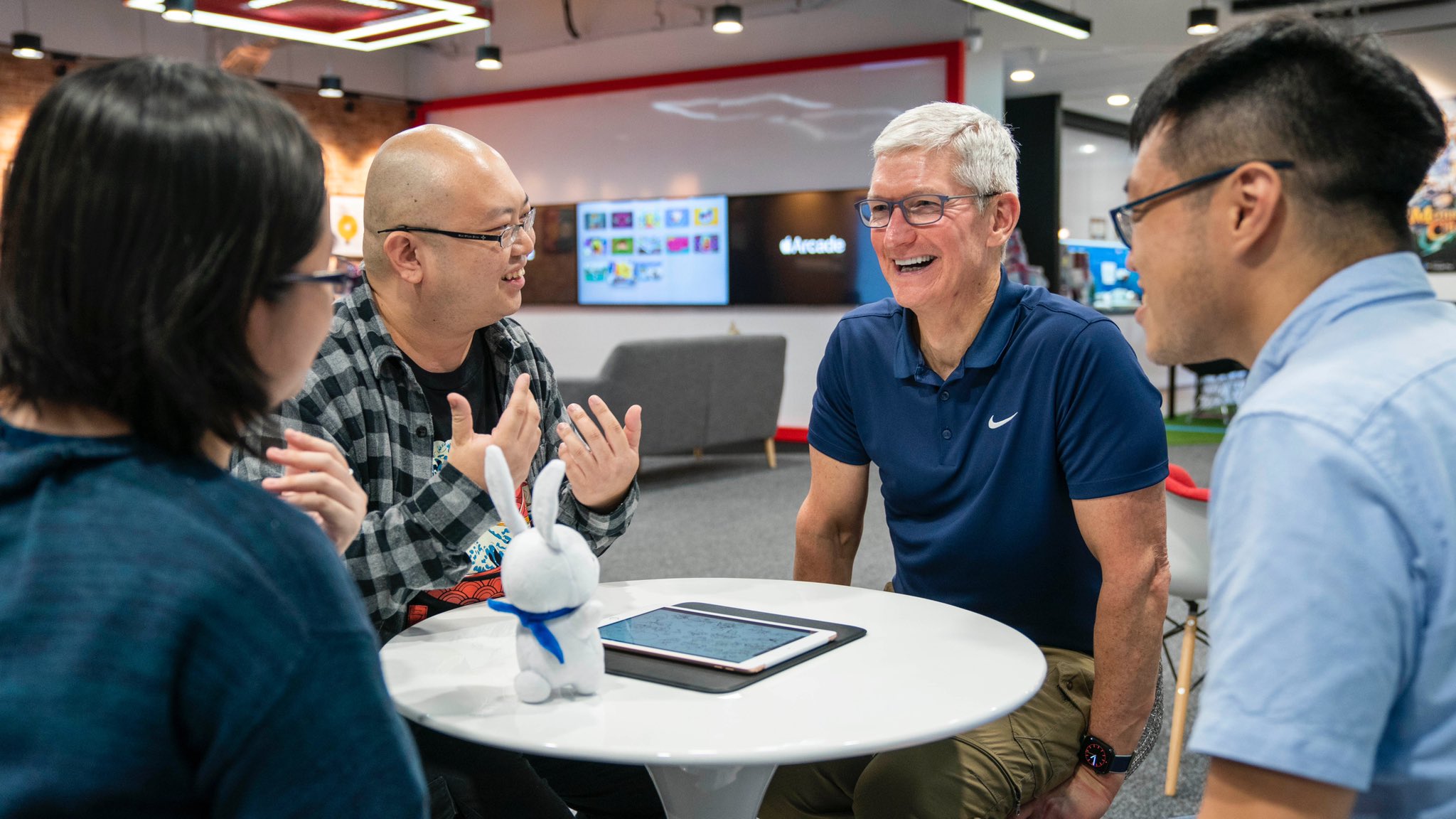 Singaporean swimmer and Paralympic medalist Theresa Goh shared with Cook how she used the Apple Watch for her training. "When you bring everything you are to everything you do, it’s amazing what’s possible," he wrote in a Twitter post. 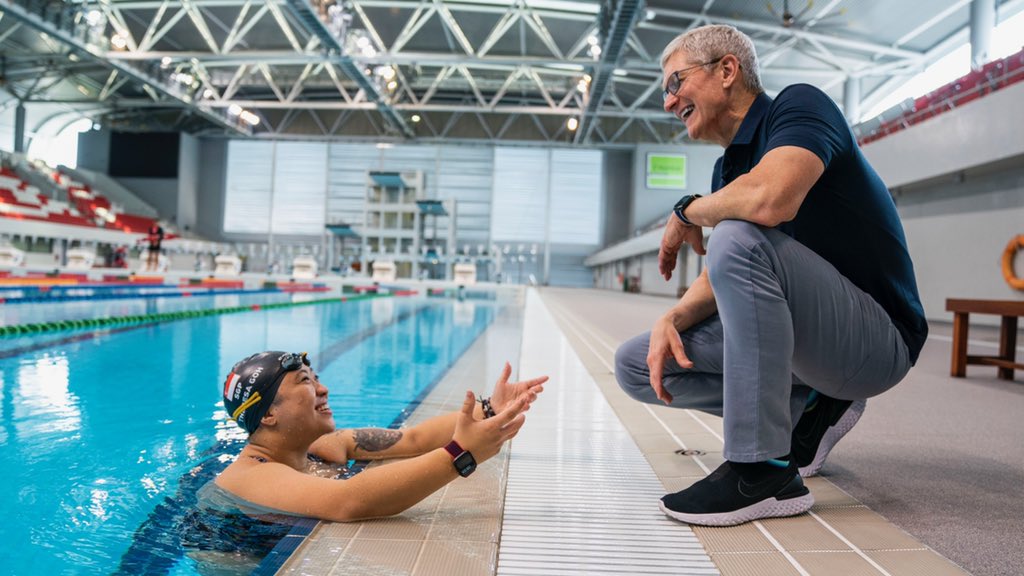 Cook then visited local music production house Zendyll Productions, founded by Jon Chua. He got a preview of local musician Sezairi's new track and loved it! 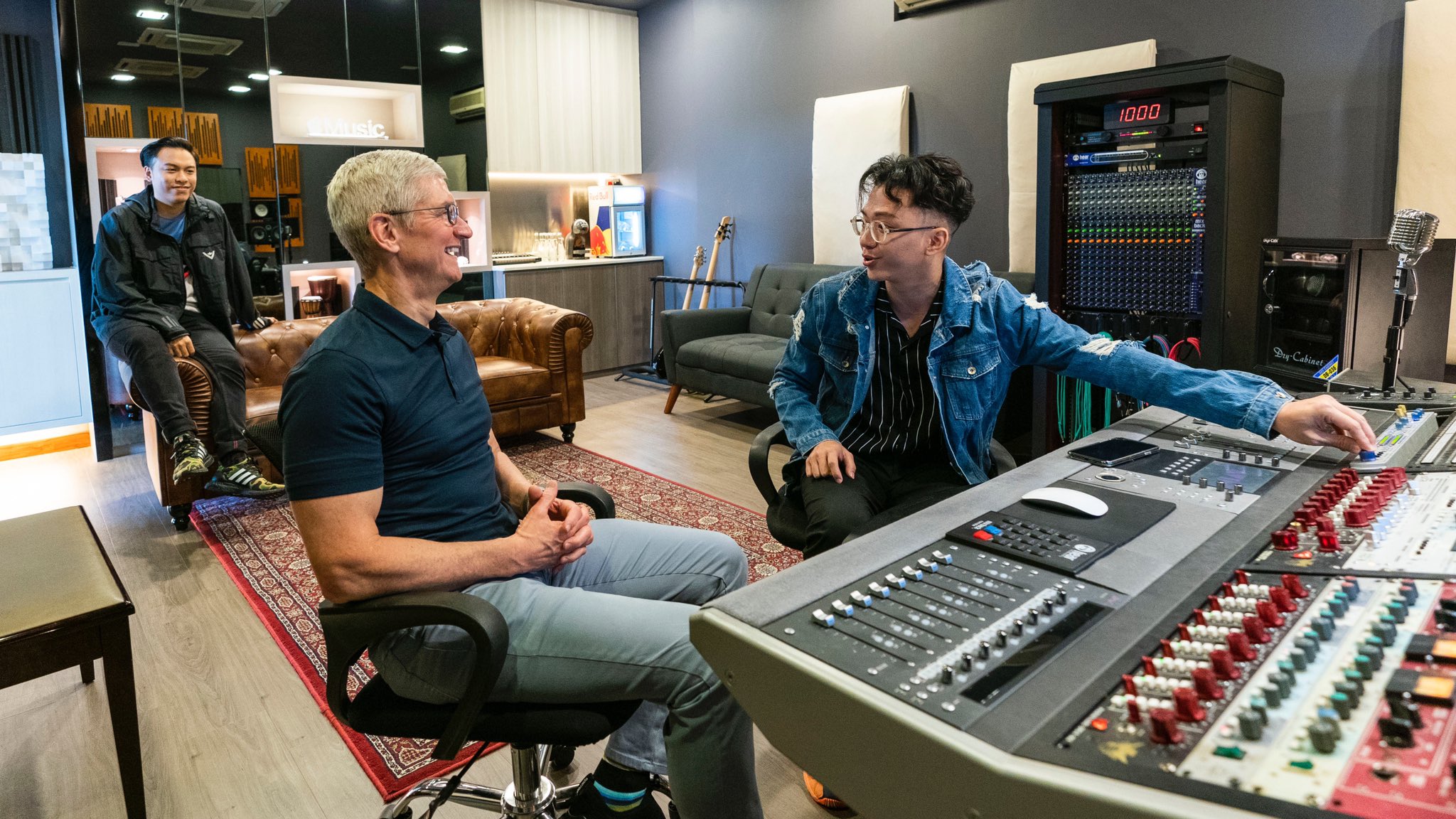 The Apple CEO also spent some time with the company's employees in Singapore. "40 years, 3200 people and countless great ideas. From Engineering and Operations to Retail and AppleCare — our growing teams in Singapore power so much of what we do all around the world," he wrote. 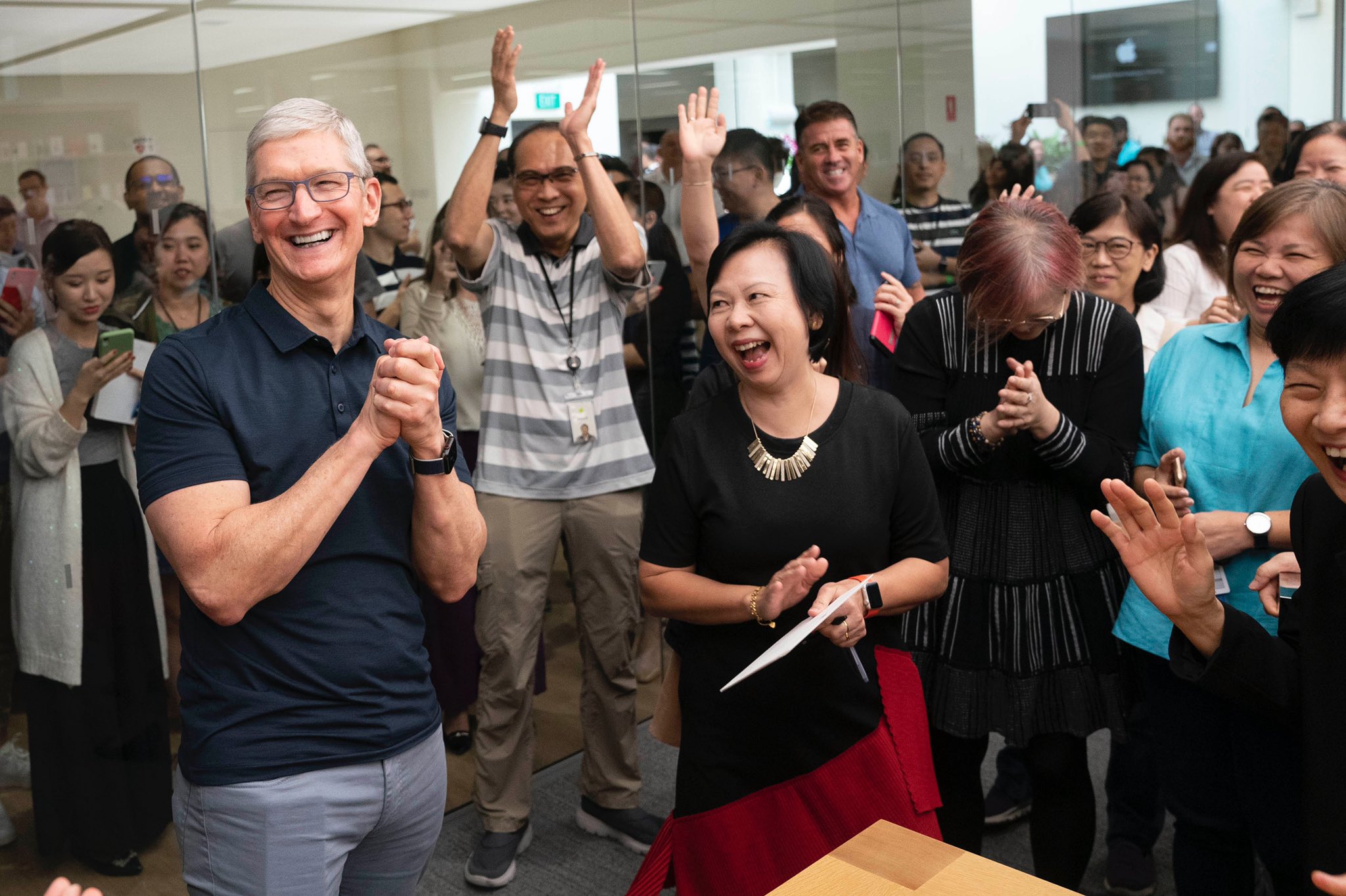 Cook also got the chance to do something that is probably on many people's bucket list – visiting the cockpit of a Singapore Airlines' plane! SIA CEO Goh Phoon Chong and Captain Raj showed him how the iPad is being used by the airline's pilots to help them focus on safety. 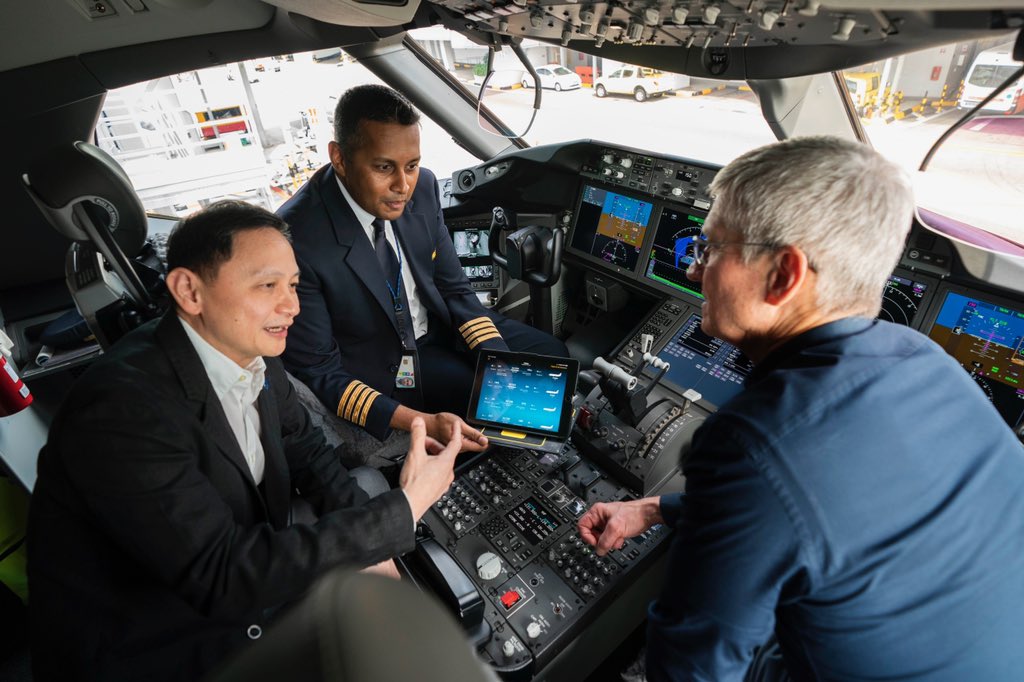 Singapore's Prime Minister Lee Hsien Loong also posted on his Facebook page a meeting with the Apple CEO, writing, "Had a good time catching up with Apple CEO Tim Cook today. It’s been almost 4 years since we met, so we had a lively exchange on how the tech scene has changed since."

He highlighted the long ties of the tech giant with Singapore, "right from the early days of the company". 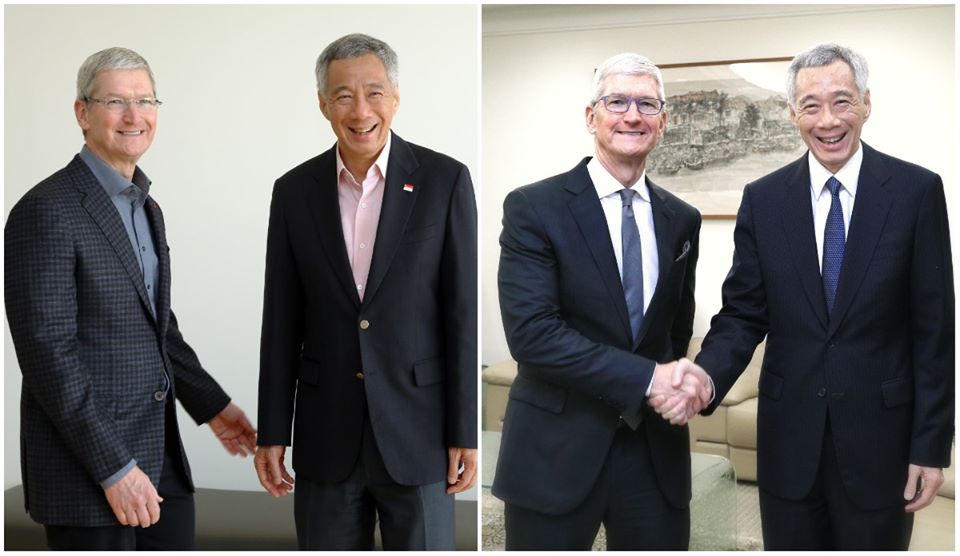