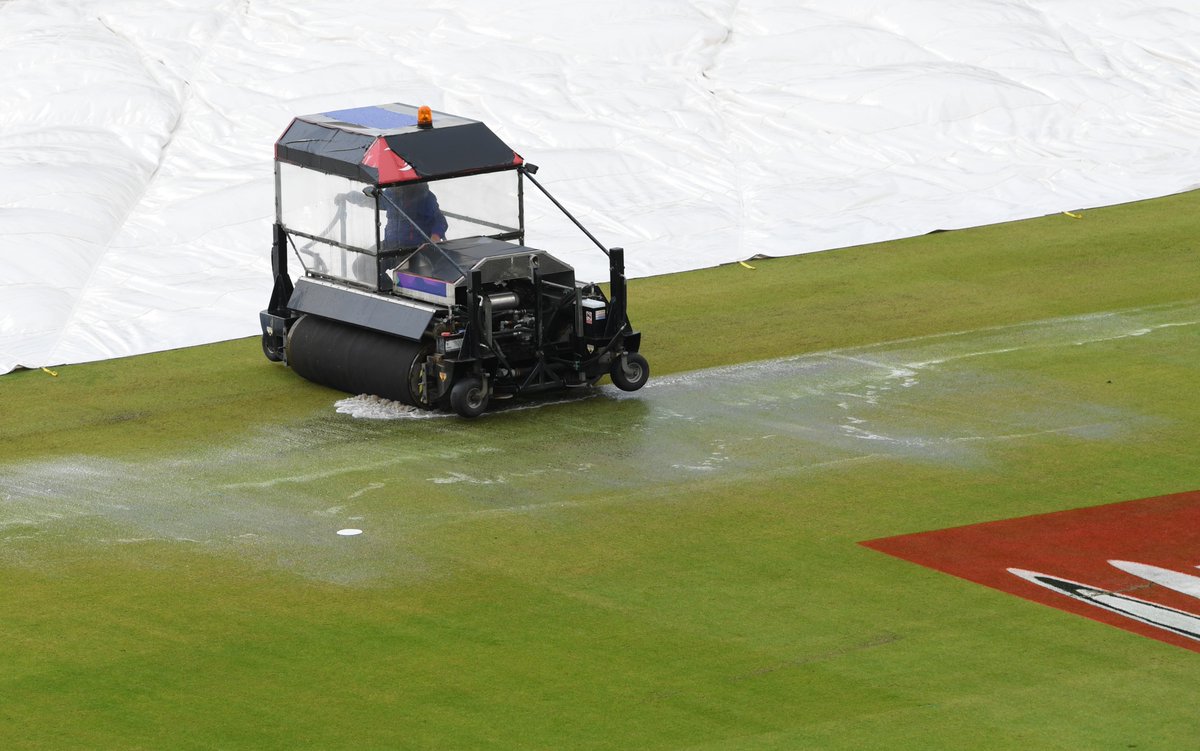 The rain gods had the final say on Tuesday in the India-New Zealand semi-final clash of the ongoing ICC World Cup. With India firmly in control, the umpires tried to restart the match once it was interrupted in the 47th over of New Zealand’s innings, but to no avail. The International Cricket Council (ICC) has provisions for reserve days for all knockout matches and the game will continue today at Old Trafford, Manchester.

Winning the toss, New Zealand skipper Kane Williamson elected to bat, something that Indian captain Virat Kohli said he would have done as well. But the Indian bowlers never let the Kiwis get away. Jasprit Bumrah and Bhuvneshwar Kumar started with a maiden over each and Bumrah scalped his first victim in Martin Guptill, who struggled to 1 run off 14 balls.

Wicket! Boom boom Bumrah! Perfect bowling! He's been absolutely on it right from the start.

Henry Nicholls and Williamson steadied things a little for the Kiwis before Nicholls was sent back to the hut by Ravindra Jadeja.

Skipper Williamson once again chipped in with a vital half century, eventually falling to Yuzvendra Chahal for 67.

Captain #KaneWilliamson brings up 5️⃣0️⃣ and the NZ total has cruised past 1️⃣0️⃣0️⃣ ➡️ currently 113/2 off 30 overs 🏏 Kane has also become the 6th batsman to record 500 runs at this @cricketworldcup 🙌🏽 #INDvNZ #BACKTHEBLACKCAPS #CWC19 @PhotosportNZ
📲 | https://t.co/aU5ayqheAz pic.twitter.com/Ve3eVVNHBc

New Zealand’s batting was painfully slow throughout their innings and they were being troubled by the Indian bowlers at regular intervals. None of the other batsmen, except Ross Taylor really got going, and when the rain came in the 47th over, the Kiwis had crawled to 211/5 with Taylor (67*) and  Tom Latham (3*) at the crease.

With the rain unrelenting, play has been called off for the day. New Zealand will resume their innings tomorrow at 10.30am on 211/5 with 3.5 overs to bat.

The game is scheduled to continue today, however rain is once again forecast in Manchester. So here’s what you need to know about the match: