Singapore's T20 ICC World Cup qualifying campaign ended with another loss to Namibia on Saturday in Dubai, leaving them sixth in Group A. The African nation jumped to third with their 87-run victory, which has almost certainly secured them a semi-final playoff spot. 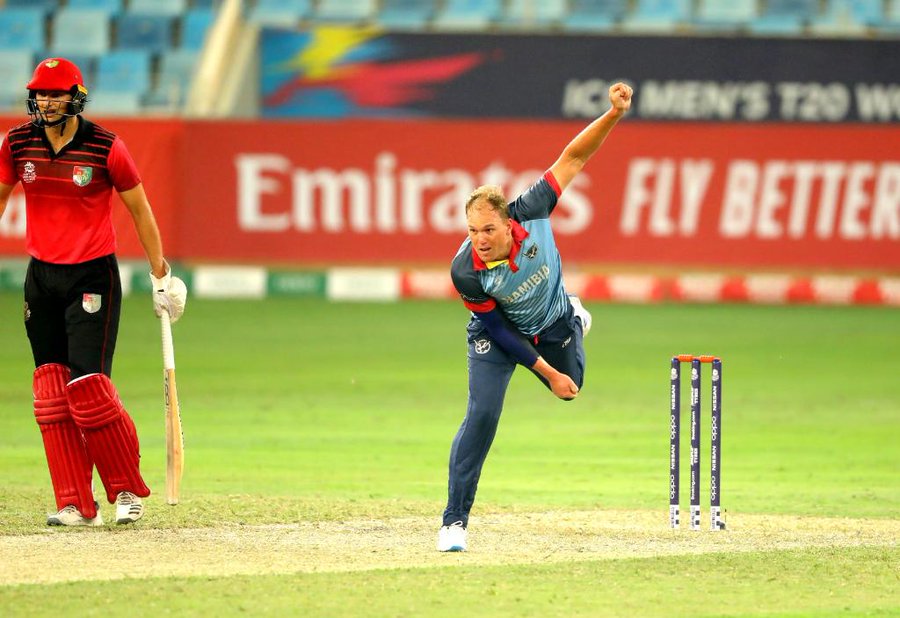 Namibia's bowlers strangled the Singaporean batting lineup and ensured that the former qualified for the semi-final playoffs. Photo courtesy: Twitter/@T20WorldCup

Singapore won the toss and chose to bowl first. Namibia got off to a brisk start with openers Stephan Baard and Niko Davin scoring 40 in 4.2 overs before Baard was out caught and bowled by Sidhant Singh. Namibia lost Davin and Craig Williams in quick succession before captain Gerhard Erasmus steadied the ship.

Player of the Match Erasmus smashed a quickfire 72 off 46 balls, notching up substantial partnerships with Jean-Pierre Kotze (36) and JJ Smit (24) to take Namibia's total to 191 for 8 in their allotted 20 overs. He was lucky to be dropped twice by Singapore fielders during his innings and took full advantage of it.

Erasmus started his innings sedately before exploding in an eventful 13th over bowled by Sidhant Singh. He slammed the Singapore fast bowler for four consecutive sixes and a four off the first five balls of the over, before skying the last ball to midwicket, only to be dropped as the fielder, diving forward, failed to hold on to the ball. 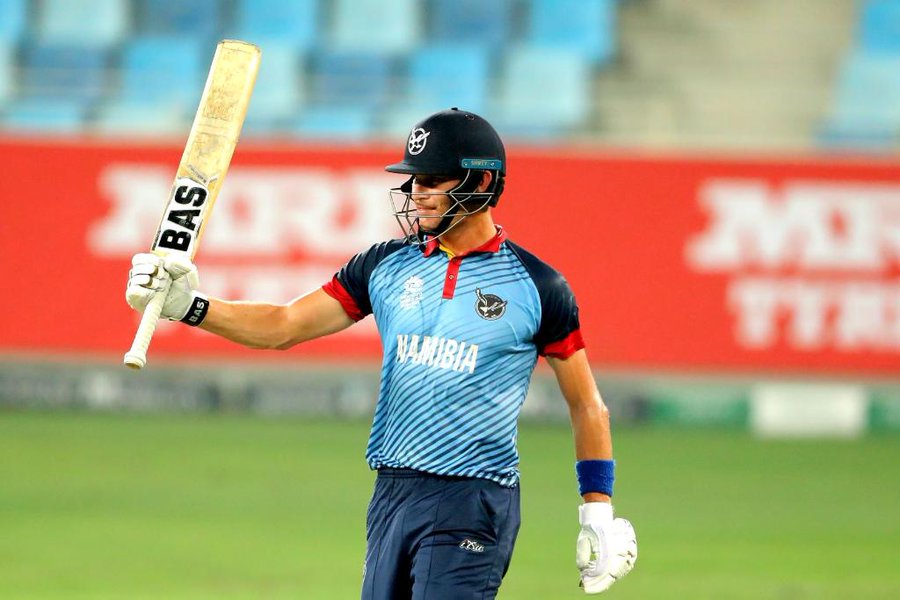 Player of the Match Erasmus smashed a quickfire 72 off 46 balls. Photo courtesy: Twitter/@T20WorldCup

Captain Amjad Mahboob was the most successful of the Singapore bowlers with figures of 3/29, including the critical wicket of Erasmus. He picked up all three wickets bowling the final over of the innings, giving away only six runs and leading Namibia to fall short of reaching the 200-mark.

Singapore got off to a disastrous start in their run chase, with Surendran Chandramohan out bowled by Frylinck for a golden duck on the second ball of their innings. The Namibian bowling attack scythed through the Singaporean top order, reducing them to 53/6 in 8.3 overs, virtually settling the result.

Navin Param with 28 off 27 helped push Singapore past the 100-mark, but the Southeast Asian island nation never managed to put their best foot forward, folding for 104 in 17.1 overs.

The tournament's top wicket-taker Jan Frylinck was in form once again for Namibia, taking four wickets for 21 runs. Christi Viljoen backed him up from the other end with 3/14 to strangle the Singaporean batting lineup and ensure that Namibia qualified for the semi-final playoffs. 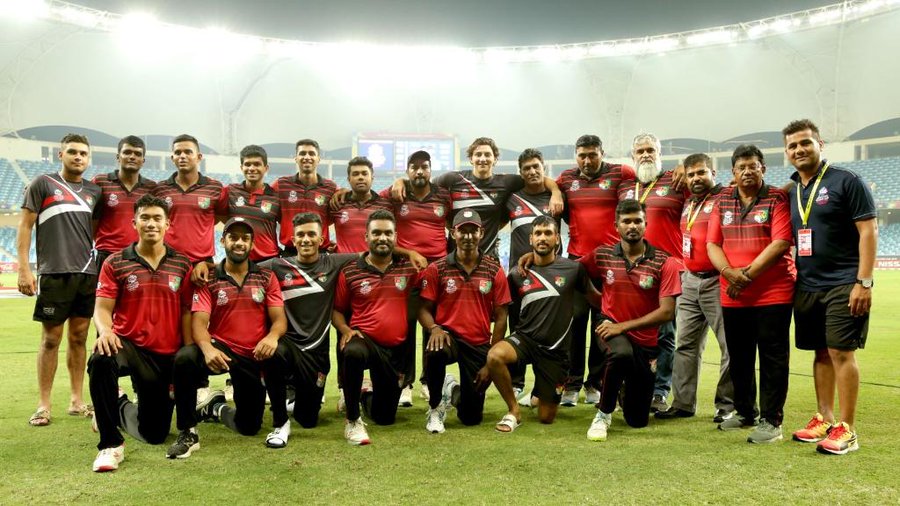 Fourth-place Scotland looks destined for the fifth-place playoff, facing an almost mathematically impossible task in their final match against Netherlands in second who will be hoping that Papua New Guinea stumble against Kenya in the final round of the group stage.

Singapore might be disappointed with their string of losses after a bright start to the tournament, but go home having gained excellent competitive experience at the global level.