For the third year in a row, Hyderabad ranks as the top Indian city regarding quality of living standards, according to the Mercer’s Quality of Living Rankings (MQLR) 2017. Whereas, the capital of India, Delhi continues to be the lowest for the second year in a row. 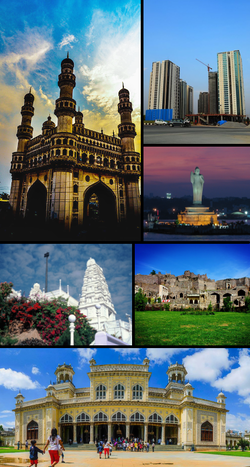 Both Hyderabad and Pune rank higher for the quality of living than the country’s more traditional business centres, Mumbai and New Delhi, ranked at 154 and 161 respectively, as per the report.

Globally, Vienna has been named the world's best place to live for the eighth year in a row, while Baghdad was again considered the worst.

“The survey highlights that Indian cities that have been part of the survey haven’t made much progress on the quality of living scale since last year.” noted Ruchika Pal, Principal and India Practice Leader, Global Mobility.

The only exception is Chennai, whose score has marginally improved mainly on account of public transport, including buses and a recently expanded two-line metro system, and improved availability of expat housing.

Hyderabad has slipped five ranks from 139 last year to 144 on account of decreased power supply and water availability.

In April 2016, the city experienced a severe water crisis due to drought. On the positive side, Hyderabad continues to score high, in comparison with other surveyed Indian cities, due to lower crime rate, and the police force is efficient and reliable.

“Delhi continues to be challenged with increasing air pollution, contributed by growing traffic and industrialization in the city. Delhi’s air is the worst among world megacities, even the World Health Organisation (WHO) confirmed recently. Unfortunately, there has been no improvement in air quality,” said Pal.

Mercer’s authoritative survey is one of the world’s most comprehensive, and is conducted annually to enable multinational companies and other employers to compensate employees fairly when placing them on international assignments.