Holding space for human connections: Esplanade – Theatres on The Bay

Did you know that if you stood at where Esplanade – Theatres on The Bay is right now, and time rewinds back to the 60s, you would end up in the refreshing waters of the Singapore Straits?

The Esplanade is the host and organiser of Kalaa Utsavam – Indian Festival of Arts, which incidentally, was the very first regular annual festival that the national arts centre had launched.

The very first Kalaa Utsavam happened just a month after The Esplanade opened its doors on October 12, 2002. It was the culmination of a decade of careful planning and construction, and with input from the Singapore arts community.

Pesta Raya – Malay Festival of Arts and Huayi – Chinese Festival of Arts were launched in the months that followed, ensuring that there was something for all arts audiences from Singapore's three main cultures. 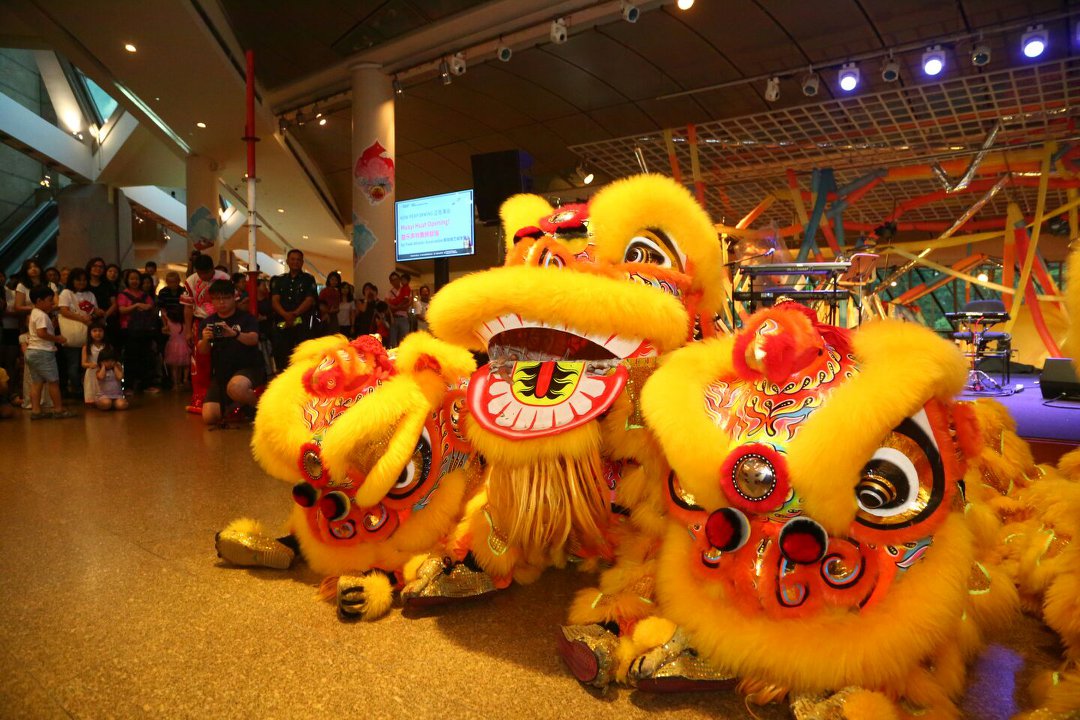 And that was only the start. Esplanade went on to create a year-long calendar of events that included genre-specific festivals that covered dance, music and theatre, and also festivals that catered for audiences of all age groups. Several programme series were also created to reach out to a broad range of arts audiences.

A place close to heart 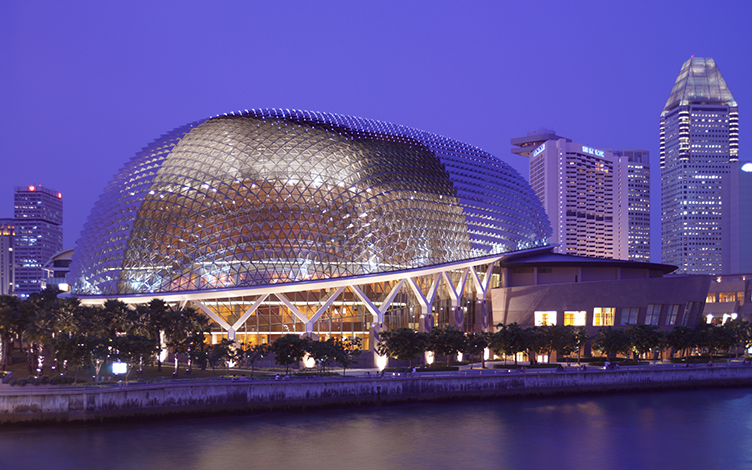 Fondly nicknamed by Singaporeans as the “durian”, The Esplanade’s architectural design was a hotly debated national issue when it first opened in 2002. The endearing spiky landmark received many other monikers, such as "Marshmallows", "Papayas"  and "Soursops”. They gave away the characteristic Singaporean love for food – and eventually the “king of fruits” emerged as most popular.

The spikes on the two domes don't just look stunning. They were ingeniously designed to let light fall into the Concert Hall and Theatre foyer spaces while at the same time keeping the heat out.

The iconic structure was named for the nearby Esplanade Park, one of the oldest public parks in Singapore. And it is more than just a stage. The area holds a special place in the hearts of those who have crossed its path.

Older Singaporeans remember the area as a breezy recreational space – a popular dating spot for young couples back in the days. It is also the venue of the beloved Satay Club, a legendary cluster of satay stalls. 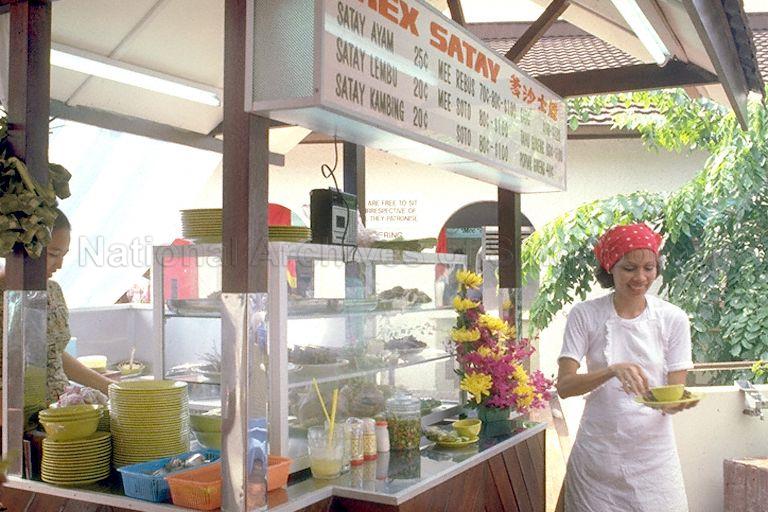 Holding space for arts in a bustling city-state

The arts centre has a year-round calendar of Esplanade Presents programmes that are representative of the multi-racial and multi-culture island-state.

The cultural arts festivals, which present some of Asia’s finest artists, are among the high points of the calendar. Patrons can celebrate the Lunar New Year with Huayi – Chinese Festival of Arts, Deepavali with Kalaa Utsavam – Indian Festival of Arts, and Hari Raya Puasa with Pesta Raya – Malay Festival of Arts. 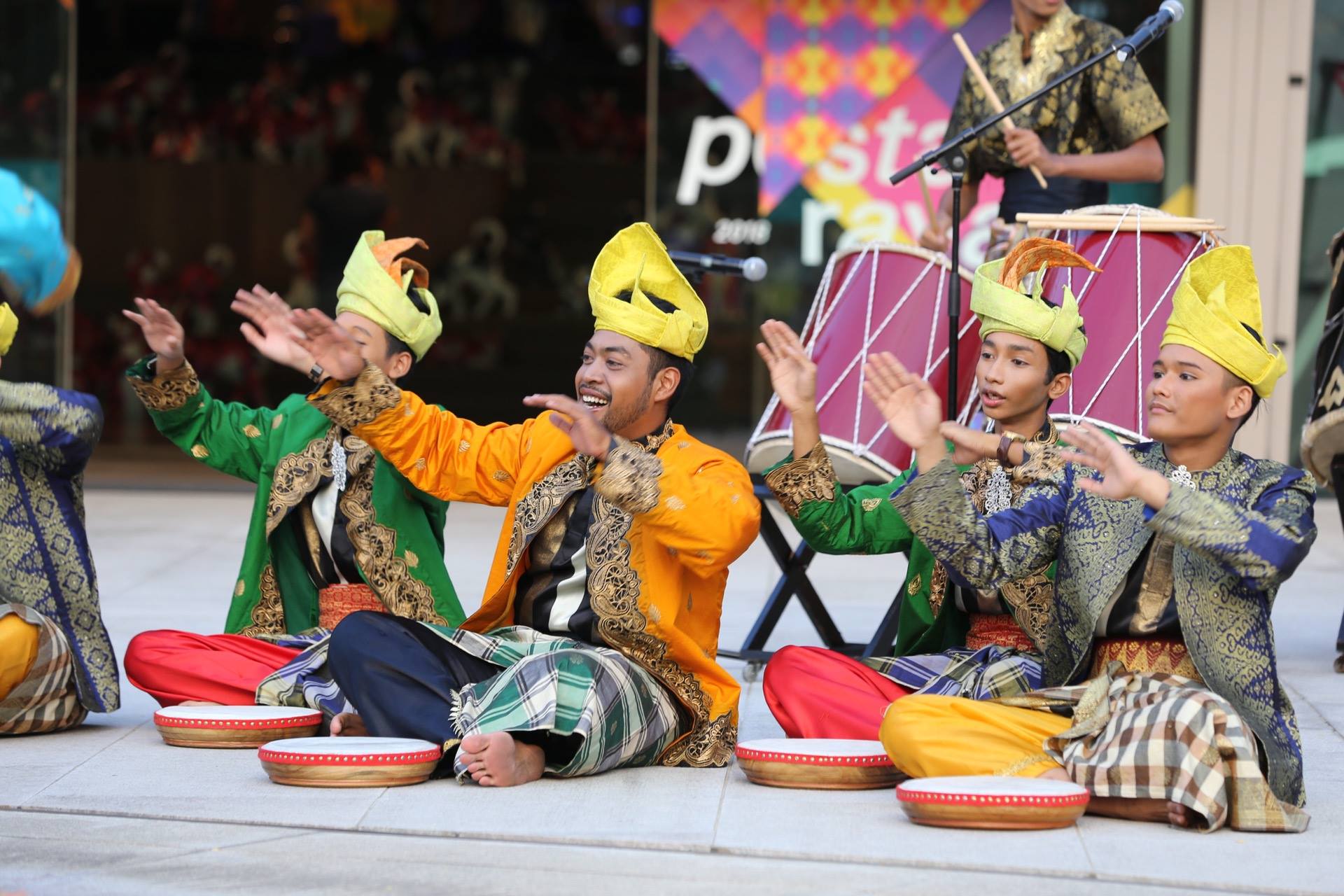 The centre also works to bring together different communities through the arts during A Tapestry of Sacred Music and festive occasions such as New Year’s Eve and National Day. All year round, Esplanade’s free music programmes such as Jazz in July, Cool Classics and Beautiful Sunday attract sizeable crowds, entertain with different genres of music and ensure that the arts are accessible to all.

Here we bring you through the performance and interactive art spaces that The Esplanade has to offer:

Esplanade’s crown jewel boasts superb acoustics and is one of only five halls in the world with similar state-of-the-art acoustic features.

These features allow the 1,630 seat Concert Hall (with an additional 197 seats in the gallery) to be adapted for different music performances. Be it orchestral, choral, cultural, or even a rock lineup, this hall delivers optimum sound at every concert.

Modeled on the traditional horseshoe-shaped performance arenas, the Theatre creates an intimate space that draws the audience and artists on stage closer together.

With a seating capacity of 1,950, the four levels of seats face the stage designed for the presentation of both Asian and Western performing arts. There is also an adjustable orchestra pit that can hold about 100 musicians.

This new mid-sized theatre along Esplanade’s waterfront will carry a capacity of at least 550 seats.

It will be semi-flexible in both stage and seating layout, allowing Esplanade to address expanding audience numbers and growing artistic needs. Construction will start in 2019 and complete in 2021.

The fan-shaped Recital Studio seats up to 245 people, and is an ideal venue for music performances such as chamber music and solo recitals, cabaret shows and jazz concerts.

In addition to its timber flooring, the studio’s wall and ceiling finishes are specifically designed to ensure that the space has good acoustics.

An intimate setting for experimental theatre and dance presentations, the Theatre Studio is a highly flexible performance space.

It offers various configurations with retractable seating that can accommodate up to 220 people. The studio is equipped with highly adaptable staging, lighting and sound systems to cater to a wide spectrum of staging demands. 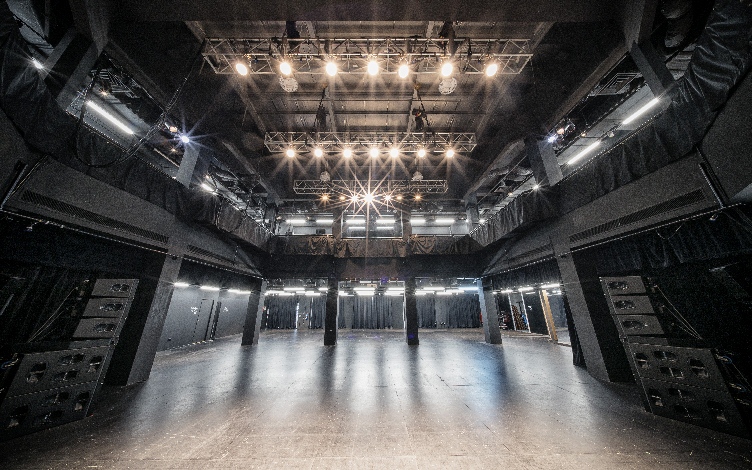 The Annexe Studio is a raw space for artists to collaborate, experiment and create.

Here, artists can perform in an informal setting, rehearse and create work, and also hone their craft through Esplanade’s mentorship opportunities.

The space has a standing capacity of up to 450 people across two floors. 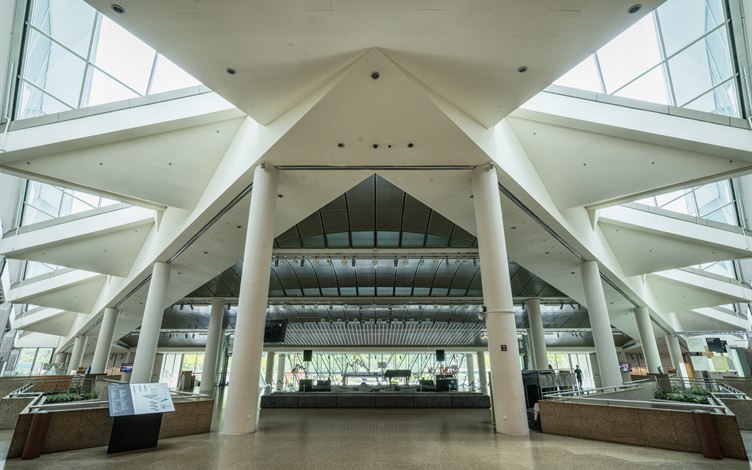 The Concourse includes a central visual arts space where commissioned site-specific installations are displayed throughout the year.

The Upper Concourse has a stage that hosts free arts performances daily. 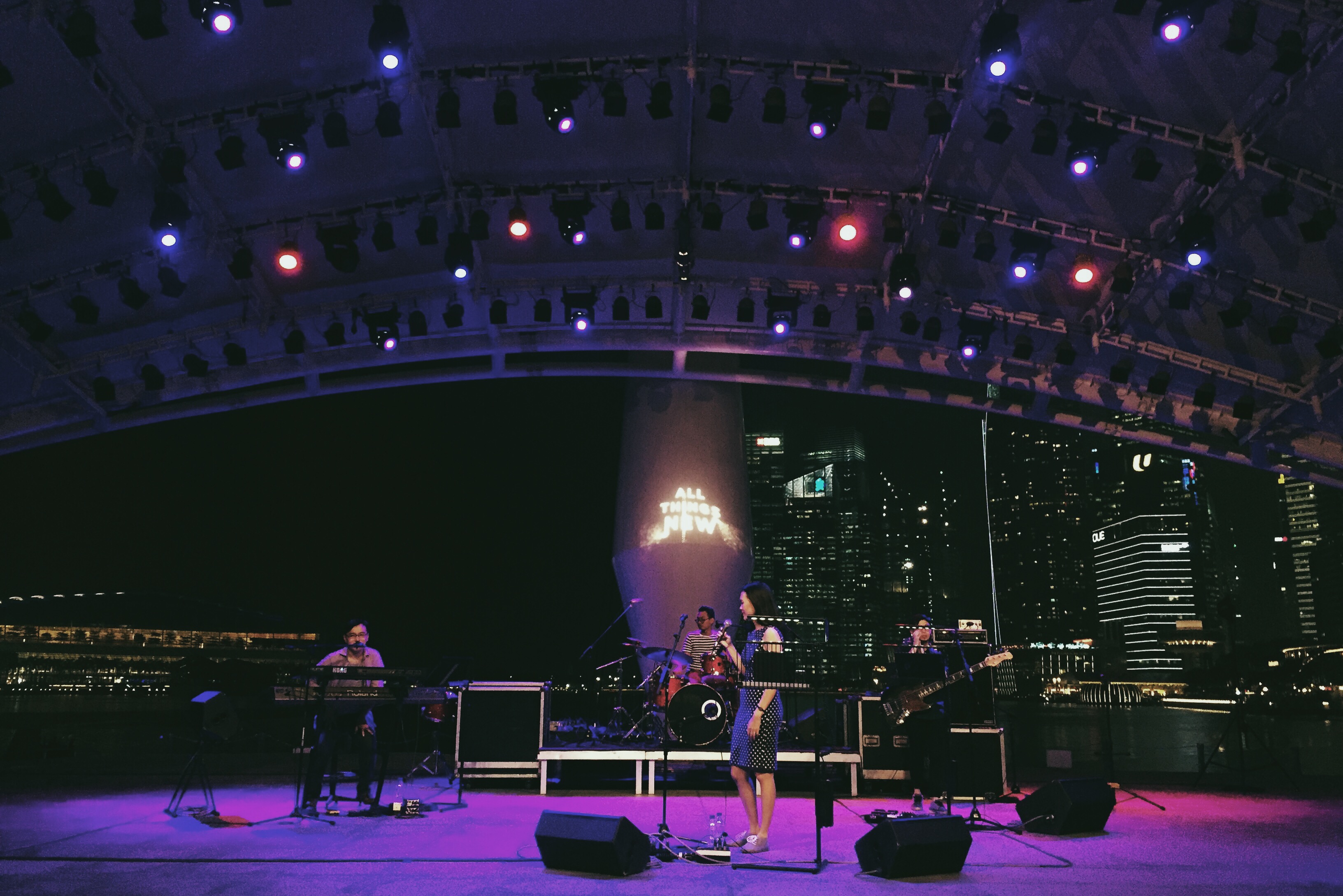 Overlooking the 300m-long waterfront along Marina Bay, the Outdoor Theatre can seat 450 people and accommodate up to 600 standing.

The space hosts a range of free performances on weekends and public holidays, from music to dance and theatre, that can be enjoyed under a starlit sky.