'Get your f****** garbage and go back to India': Indian-American CEO victim of racist rant

Indian-American Ravin Gandhi, was at the receiving end of an abusive, hateful and racially charged call after he wrote an article saying that he will not defend US President Donald Trump’s economic agenda after the violence in Charlottesville where white supremacists clashed with counter-demonstrators. 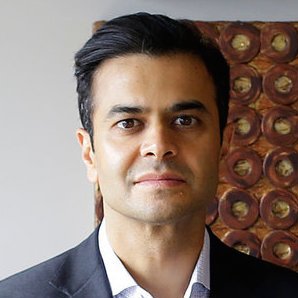 “I recently told the New York Times I was ‘rooting’ for certain aspects of Trump’s economic agenda,” Gandhi, CEO of GMM Nonstick Coatings, had written a column published on CNBC’s website last week.

“After Charlottesville and its aftermath, I will not defend Trump even if the Dow hits 50,000, unemployment goes to 1 per cent, and GDP grows by 7%. Some issues transcend economics, and I will not in good conscience support a President who seems to hate Americans who don’t look like him,” he said.

What followed was Gandhi receiving a voice mail from a woman, a day after his op-ed was published. Within a span of 15 seconds, the unidentified caller went from calm to derisive to vitriolic.

The woman also called the Indian-American US ambassador to the United Nations Nikki Haley a “Bangladesh creep” and said they will start taking down Buddhist statues.

Gandhi was born in the United States and grew up in a Chicago suburb.

Thanks @wttw for having me on, and not using this story to make me a political football! Great Chicago reporting! https://t.co/g7Cb7wqnMG

Gandhi, 44, said his parents moved from Mumbai to Illinois in 1969. He grew up in Waukegan, Illinois, which he described as a blue-collar and diverse neighbourhood about an hour's drive from Chicago. He has an accounting degree from the University of Illinois and a master's degree in business from Northwestern University. In 2007, Gandhi co-founded a company that supplies non-stick coatings to cookware, bakeware and electrical appliance industries. He now employs about 300 people.

My recent thoughts in @cnbc on @realDonaldTrump, who after Charlottesville is worst president of my lifetime. Morals > Economy every time! https://t.co/lTMQLMJIxp

Gandhi describes himself as politically independent, having voted for both Republican and Democratic candidates for President: George HW Bush in 1992, Bill Clinton in 1996, George Bush in 2000, John Kerry in 2004, and Barack Obama in 2008 and 2012.

He began writing op-eds for CNBC during the 2016 Presidential campaign, and openly criticised Trump while supporting Hillary Clinton.

“Even though my race is a complete non-issue in my day-to-day life, the sad reality is there’s a group of racists in the USA that views me as a second-class citizen,” Gandhi told the Chicago Tribune when he was asked why he posted the audio online.