Varun Viswanath is part of a growing club of Indians abroad working in Hollywood. While the likes of Mindy Kaling, Aziz Ansari and Hasan Minhaj have found on-screen success, Viswanath, a film and TV editor, has found his calling off-screen, behind a computer.

Varun also had a front-row seat to the growing Indian presence in Hollywood, both on-camera and behind the scenes. Photo: Connected to India

With series such as the Emmy-nominated What We Do In The Shadows, I Am Not Ok With This, indie flick Miss India America and Arrested Development on Netflix, Manic on HBO, the 2009 feature film The Insomniac in Singapore and many others to his credit, Viswanath has made a successful career for himself as a film and TV editor in LA.

A Bengaluru native, Viswanath finished his early schooling from Christ College before graduating from Nanyang Technical University (NTU) in Singapore with an Electronics Engineering degree in 2005.

Varun first became interested in theatre production as a schoolboy, and loved to work behind the scenes to create the stage for the performances. His interest continued through college and even when he was working for an investment bank and as a headhunter.

“While working my fairly intense day jobs, I produced and edited a feature film and eight short films. This experience helped me decide to enroll in film school to pursue film editing,” Varun told Connected to India.

The decision to switch careers led him to quit his job and apply to a host of institutions with film programmes and business schools with film courses. He ultimately became one of only 14 people to be accepted to the American Film Institute in Los Angeles, from where he graduated with a Masters in Fine Arts (MFA) in Film Editing in 2012.

“I decided that I needed to find my path to working in the industry and expanding who I’m working with beyond my friends who I’d had an excellent time working with. That’s what brought me to Los Angeles,” Varun said.

After graduating, he wasted no time in diving into his new career, burning the candle at both ends before he got his first break. 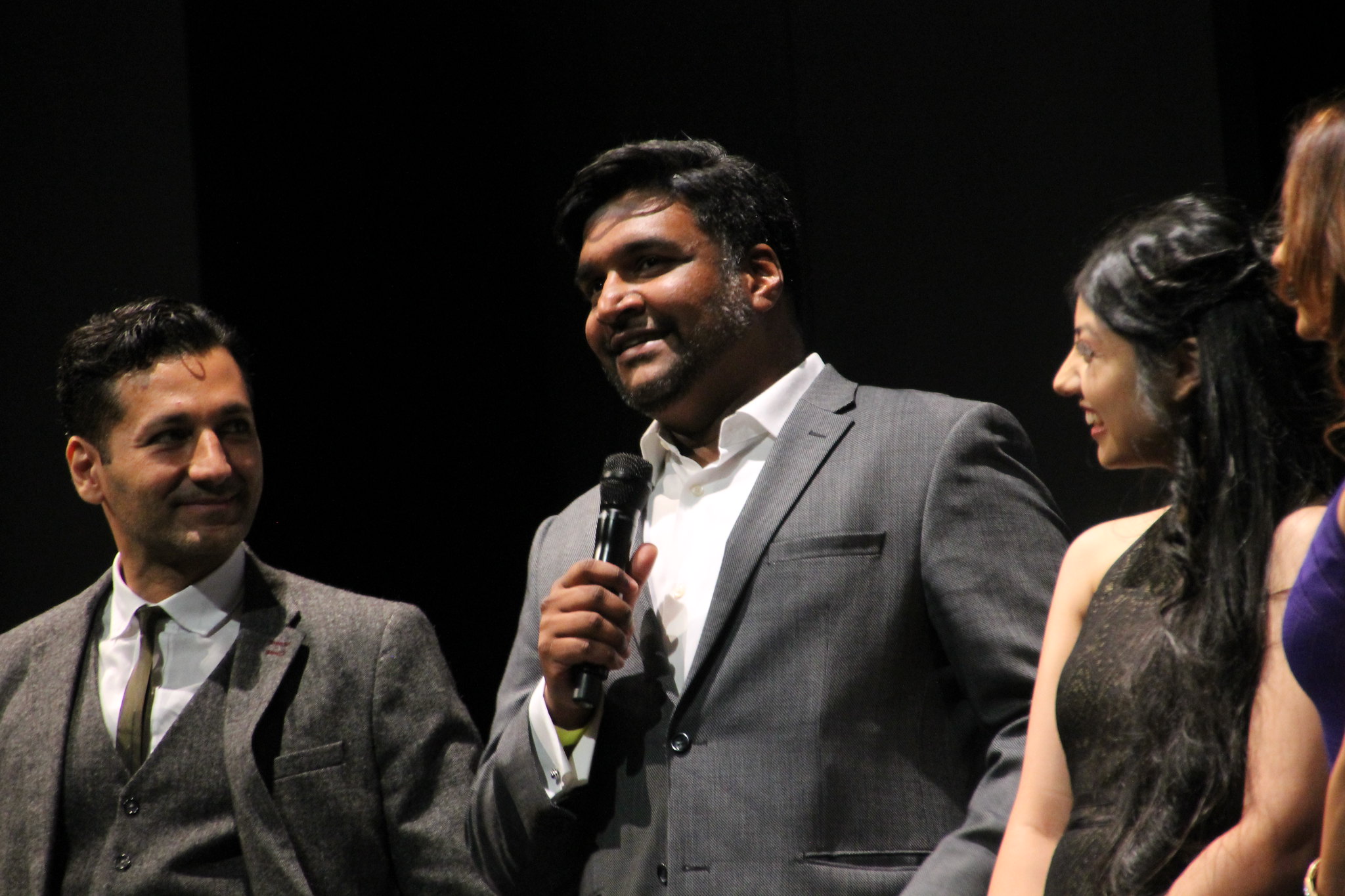 Varun (centre) with the cast of Miss India America during a panel at the San Diego Asian Film Festival in 2015. Photo courtesy: Pac Arts

“The first couple of years I worked all the time; for a YouTube channel by day and editing for a reality TV series by night. Then I got my first feature film which was called Miss India America on Netflix. It was written and directed by two Indian-Americans who grew up in California and the UK,” Varun recalled. The film starred Indian-origin actresses Hannah Simone of New Girls fame and Tiya Sircar, known for The Good Place and The Internship.

Over the next few years, Viswanath moved on to greater opportunities, getting jobs editing for Arrested Development Season 4 Remix on Netflix, I Am Not OK With This on Netflix, What We Do In The Shadows on FX, shows on Comedy Central and the Charlize Theron blockbuster Atomic Blonde, leading to a boost in his reputation and work credits.

“Personal connections are everything,” Varun told Connected to India. “From my perspective especially. For an editor, the primary mode of hiring is through recommendations.”

Varun also had a front-row seat to the growing Indian presence in Hollywood, both on-camera and behind the scenes. He spoke about how, when he first moved to LA, he felt he needed to break away from his community bonds to expand his horizons. But gradually, over the years, he got to know the Indian diaspora community.

“Eventually, the Hollywood-India mafia found me,” he joked, adding, “Over the years, I have seen more people of Indian and mixed-Indian backgrounds working in the industry.”

Viswanath has also noticed a stark change over the years, noting how LA and the entertainment industry have blended community lines a lot more, stating that it was often easier to be identified as South Asian rather than just Indian-origin.

Varun talking to young moviemakers about the art of editing. Photo courtesy: Twitter/@video_chs

However, the exposure that Americans get to Indian movies and culture is a very specific one. Viswanath is acutely aware of the “Hindi wash” over Indian culture which he says he felt more acutely overseas, especially in the film industry.

“As a Bengaluru native, I can tell you there are more award-winning Malayalam, Tamil and Bengali films than Bollywood ones being made in India, but the Hrithik Roshan movies are the ones that are released out here in multiplexes. I think there is a misconception of what Indian movies and Indian entertainment are. That is what I find to be the biggest culture shock out here,” he said, expressing his frustration at the sanitised, aggrandised version that is representing India abroad and wanting people to look beyond Bollywood when encountering Indian culture.

“My wife is Indian-American and her family is of Bengali-origin,” he said. “But whenever there’s an Indian wedding here, no matter what their background they will all have a baraat and a horse.”

Despite living overseas for more than 10 years, Varun still feels a deep connect with India and says that Bengaluru will always be home. His parents and family still live there and he returns for regular visits.

“My experience and life story growing up have shaped a lot of who I am and I was able to find my passion, and transition to doing things I love every day,” Varun said, signing off.