The first day of Bharat Bandh today saw banking, transportation, insurance and other such services being affected, while many places have witnessed demonstrators blocking railway tracks or had a scuffle with the police force. 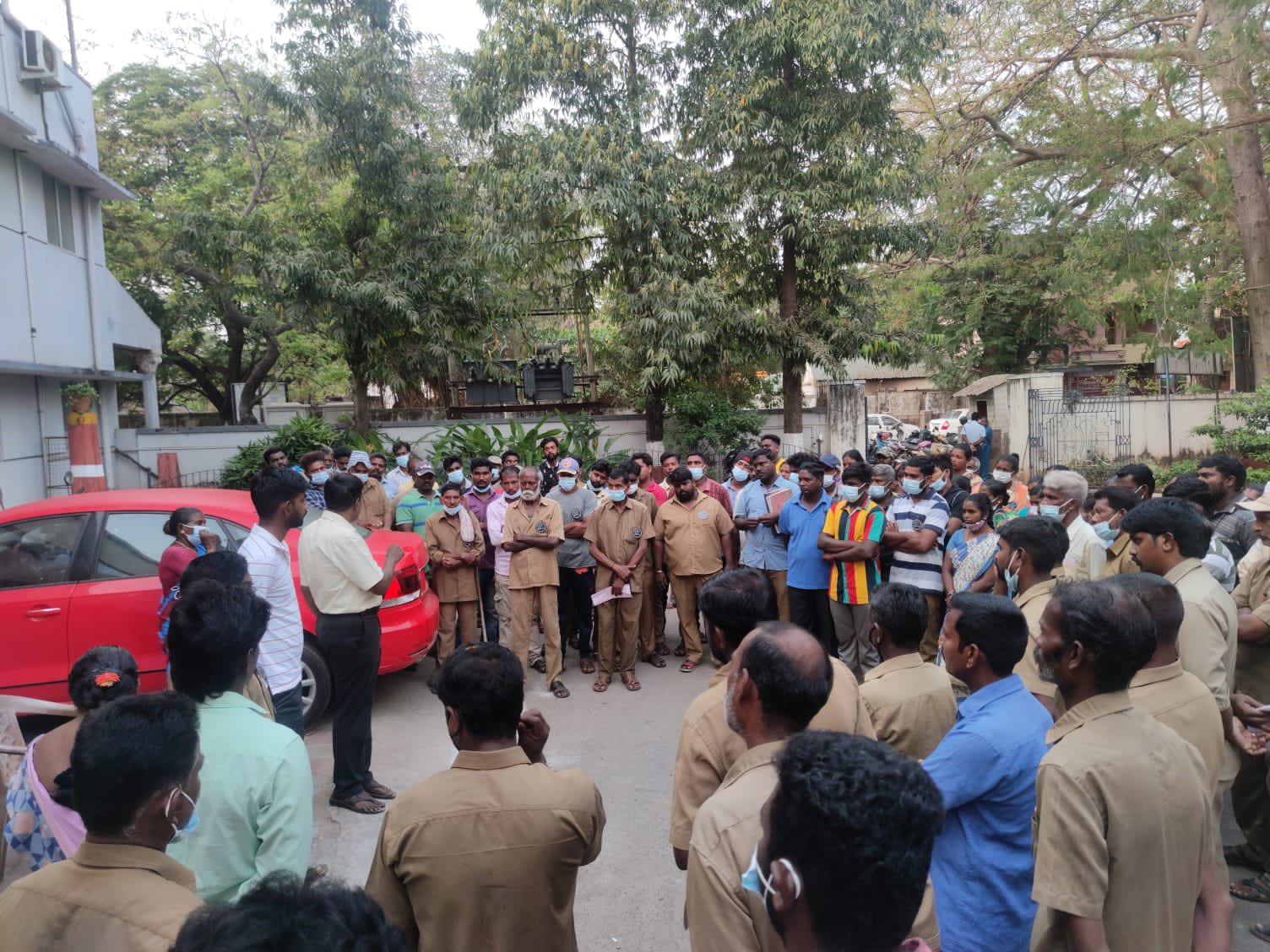 More than 20 crore formal and informal workers with mass mobilisation of workers across the country were expected to protest against government policies. Photo courtesy: Twitter/@DefenceAITUC

The call for two-day Bandh has been given by a joint forum of central trade unions to protest against government policies affecting workers, farmers, and people.

In West Bengal, members of the Left Front blocked railway tracks at Jadavpur Railway Station in Kolkata and other regions in the state. In some places, protestors scuffled with police when they tried to remove blockades.

Yesterday, the Union power ministry issued an advisory to all state governments and electricity authorities to prepare themselves to ensure maintenance and reliability of the electricity grid during the bandh.

Commuters in different cities of Tamil Nadu complained on Monday that auto drivers are charging exorbitant fares amid as majority of bus services across the state were not in operation due to the two-day Bharat Bandh.

Banking services in Puducherry have been partially affected due to the Bandh. Schools and government offices were functioning normally in the Union Territory and bus services were plying as usual.

Public transport services have been affected in Haryana as Roadways employees joined the protests against government policies.

In New Delhi, public sector banks remained closed on the first day of the nationwide bandh.

While, amid the ongoing session of Parliament, CPI(M) MP Bikashranjan Bhattacharyya has moved the motion for suspension of business in Rajya Sabha under Rule 267 to discuss the issue of the Bharat Bandh.