A fire broke out at the construction site of Global Indian International School at Punggol on the afternoon of May 16, 2017.

Two workers were stranded in a gondola lift during the fire, and were subsequently rescued by firefighters from the Singapore Civil Defence Force. They were taken to Changi General Hospital for observation for smoke inhalation. 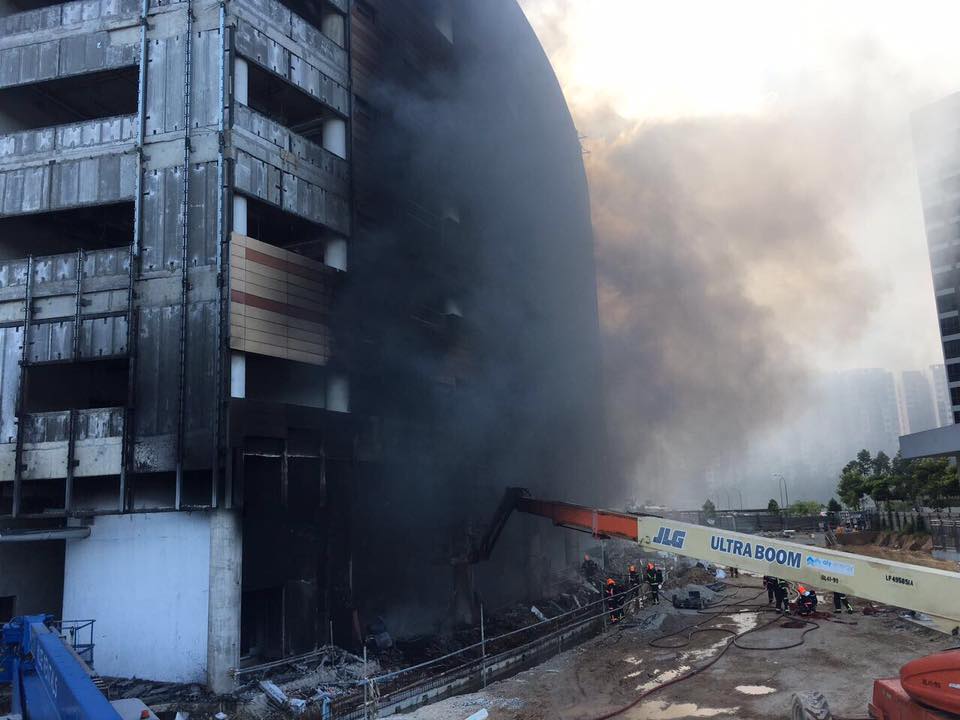 The Ministry of Manpower is currently investigating the incident. "The Occupier has confirmed that the 2 workers who were previously stranded in the gondola has been rescued, while the remaining workers have been accounted for," a spokesperson said.

A 40-year-old photographer, Mohammed Thamrin, posted a live video on his Facebook, in which the rescue operation can be seen.

In a subsequent statement released by GIIS, the school said that "there was a thick black smoke which reached high in the sky. It appears to have come from burning of a rubber material meant for water retention tanks to be installed in open car park areas." 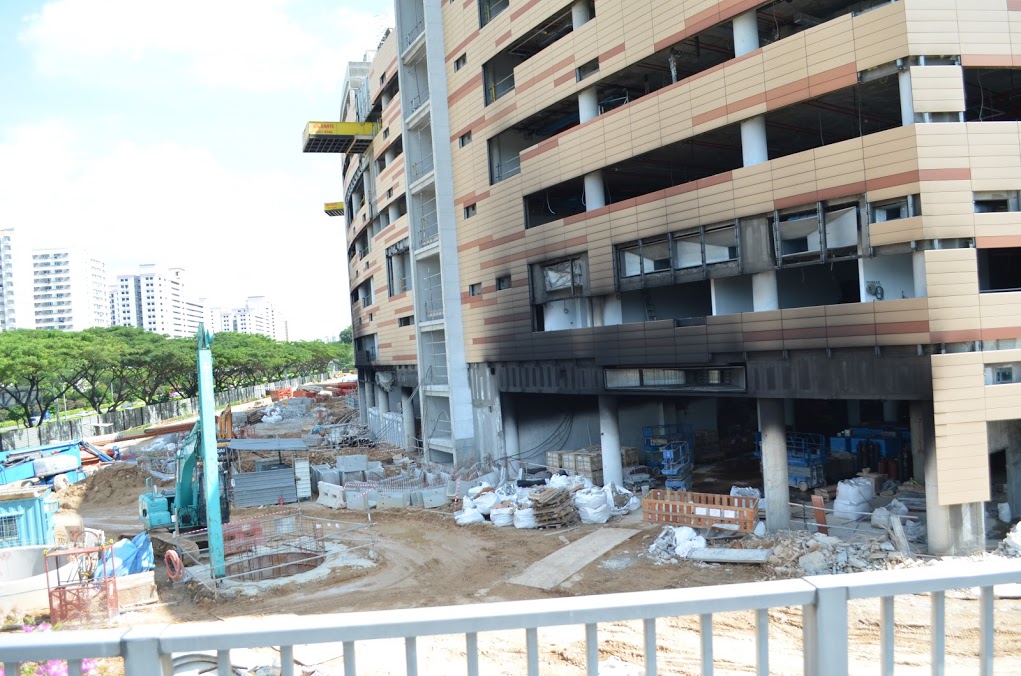 Initial reports stated there is no structural damage to be building and the fire was confined to a 30 m x 50 m area on Level 1 of the building.

There were no injuries. The two persons who were stuck on the gondola and have been discharged with two days’ medical leave are fine.