The fifth chapter in debutant director Akshay Roy’s Meri Pyaari Bindu saga was released today, and finally gave us the story behind the mix tape that has been a running theme right from the first teaser trailer. Starring Ayushmann Khurrana and Parineeti Chopra, the comedy-drama is set to hit the big screen on May 12.

Titled appropriately enough as ‘Mix Tape’, the trailer focuses on the cassette tape filled with their favourite songs that the two lead actors plan on making (and manage to do so, if the teaser trailer is correct). As Abhimmanyu (Ayushmann Khurrana) narrates in the voiceover, Bindu (Parineeti Chopra) and him managed to fill that tape with songs that they felt reflected their secrets and were shared with “Lata (Mangeshkar), Kishore (Kumar), Asha (Bhosle), (Mohammed) Rafi, RD (Burman) and Bappi-Da (Lahiri)”.

The trailer also shows scenes from the couple’s burgeoning relationship which were missing from the first four, where ‘Abhi’ and ‘Bindu’ are seen as children, college-mates, singer and sidekick and friend the parents hate. 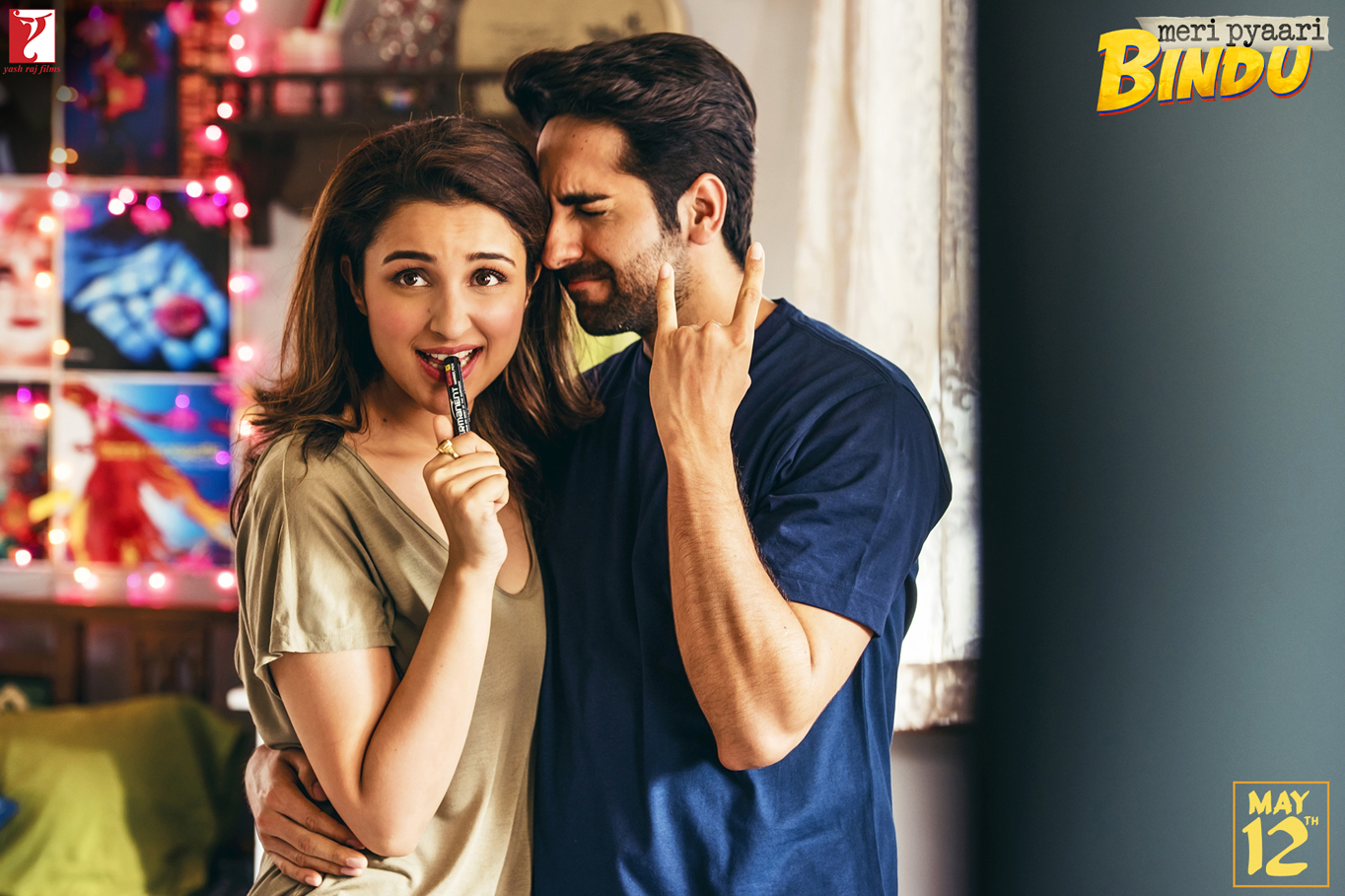 A still from the movie. Photo courtesy: Yash Raj Films

Meri Pyaari Bindu is the story of the singer Bindu and the writer Abhimanyu , according to the official releases. The movie is set in the 80s and 90s, and has a vintage feel to it with the usage of props such as typewriters, cassette tapes and Ambassador cars. Parineeti Chopra makes her singing debut in the film through the song Maana Ke Hum Yaar, composed by the duo Sachin-Jigar.

The movie marks the directorial debut of Akshay Roy and is produced by Maneesh Sharma and Aditya Chopra’s Yaash Raj Films.

A total of five short musical trailers of the movie were released between April 3 and 7. The first four can be viewed below: