Family fun for all at the AAA20 gala dinner

To commemorate their 20 years as a registered organisation in Singapore, Annamalai University Alumni Association (Singapore Chapter) organised a Grand Gala dinner event for all its members and their families. The occasion was graced by Prof V Murugesan, Vice-Chancellor of Annamalai University and Dr Teo Ho Pin Mayor of North-West CDC. 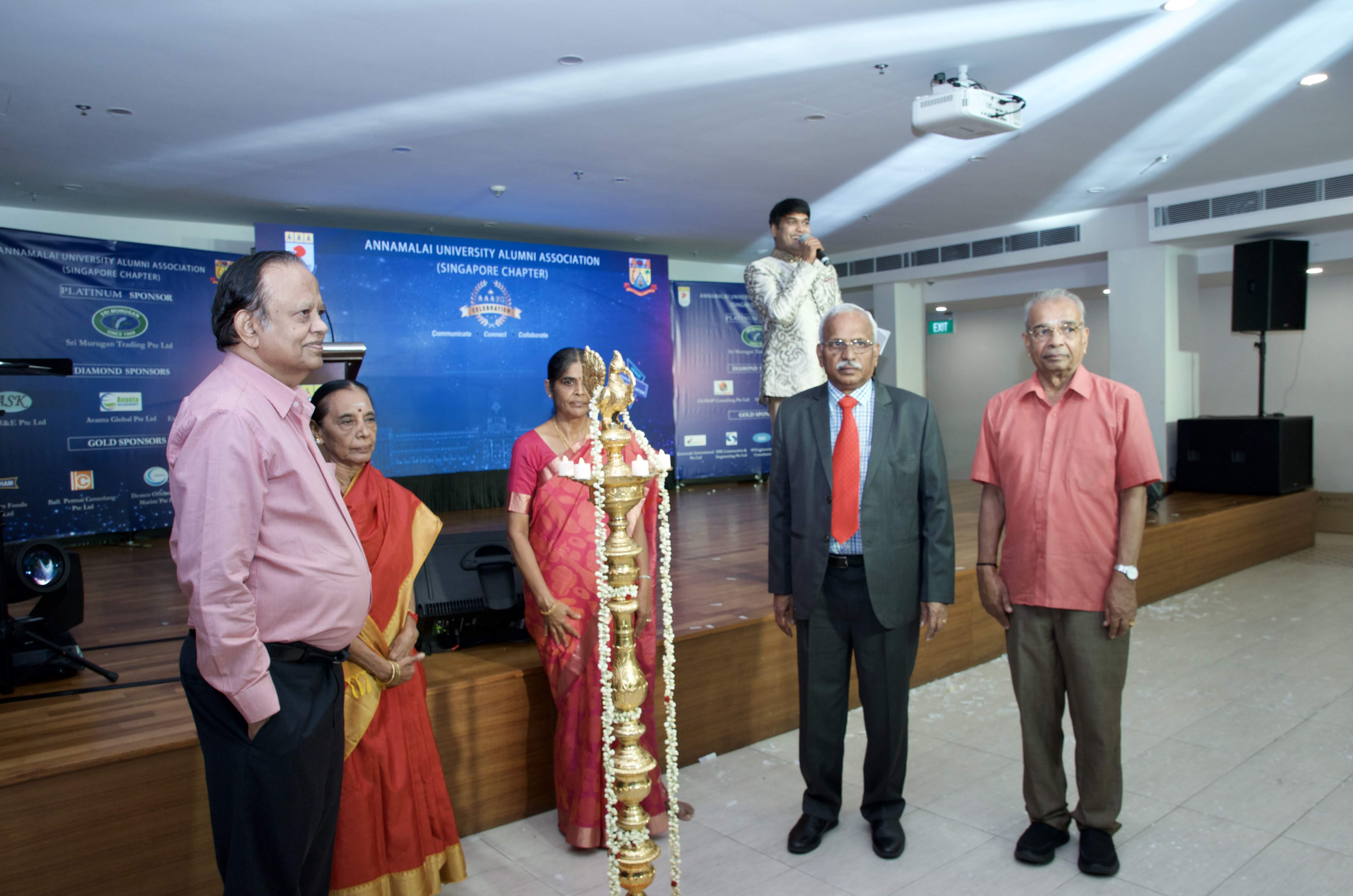 The traditional lamp called the kuthuvilakku was lit by Mrs Thinnappan and Mrs Chandrasekaran, spouses of two of the advisory members of AAA. Photo courtesy: AAA20

Held in conjunction with AAA alumni taking an oath for 1,000 hours of community service, the Guest of Honour, Minister for Communications and Information Mr S Iswaran was present as well earlier.

A magic show, arranged especially for children, got even the grown-ups mesmerised.

The traditional lamp called the kuthuvilakku was lit by Mrs Thinnappan and Mrs Chandrasekaran, spouses of two of the advisory members of AAA; the advisory committee members, Mr Sethunarayanan and Dr Seetharaman, and the Vice Chancellor.

This was followed by an enchanting dance ensemble showcasing the multi-cultural ethos of Singapore. Popular party songs with dances added mirth to the evening. 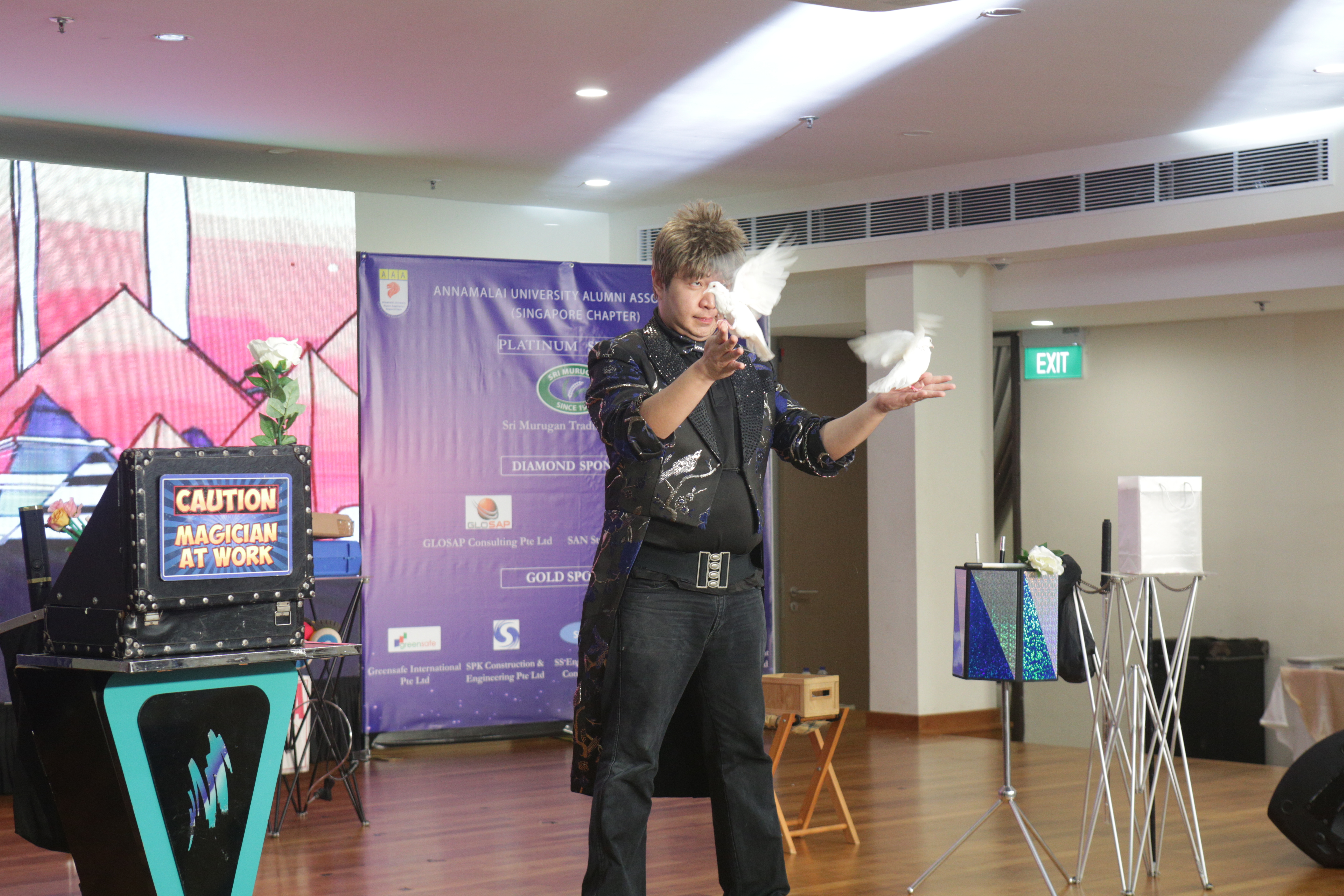 A magic show, arranged especially for children, got even the grown-ups mesmerised.

The Vice-Chancellor was honoured following which he addressed the gathering of over 350 people. His speech focussed on the various plans he has for Annamalai University and the ways in which the alumni can support in his endeavours. He also highlighted that, 2019 being the 90th anniversary of Annamalai University, he intended to have a Global Alumni Meet at the campus during this year.

The Mayor was then invited to speak. The long-time friend of AAA was gracious in his appreciation of AAA’s contribution to the community and especially to Bukit Panjang CC.  He also congratulated Annamalai University on the occasion of its 90th anniversary.

Several AAA family members joined in the singing, taking the celebration up by several notches. Mr GT Mani, the EmCee, kept the series of programmes flowing seamlessly through the evening. 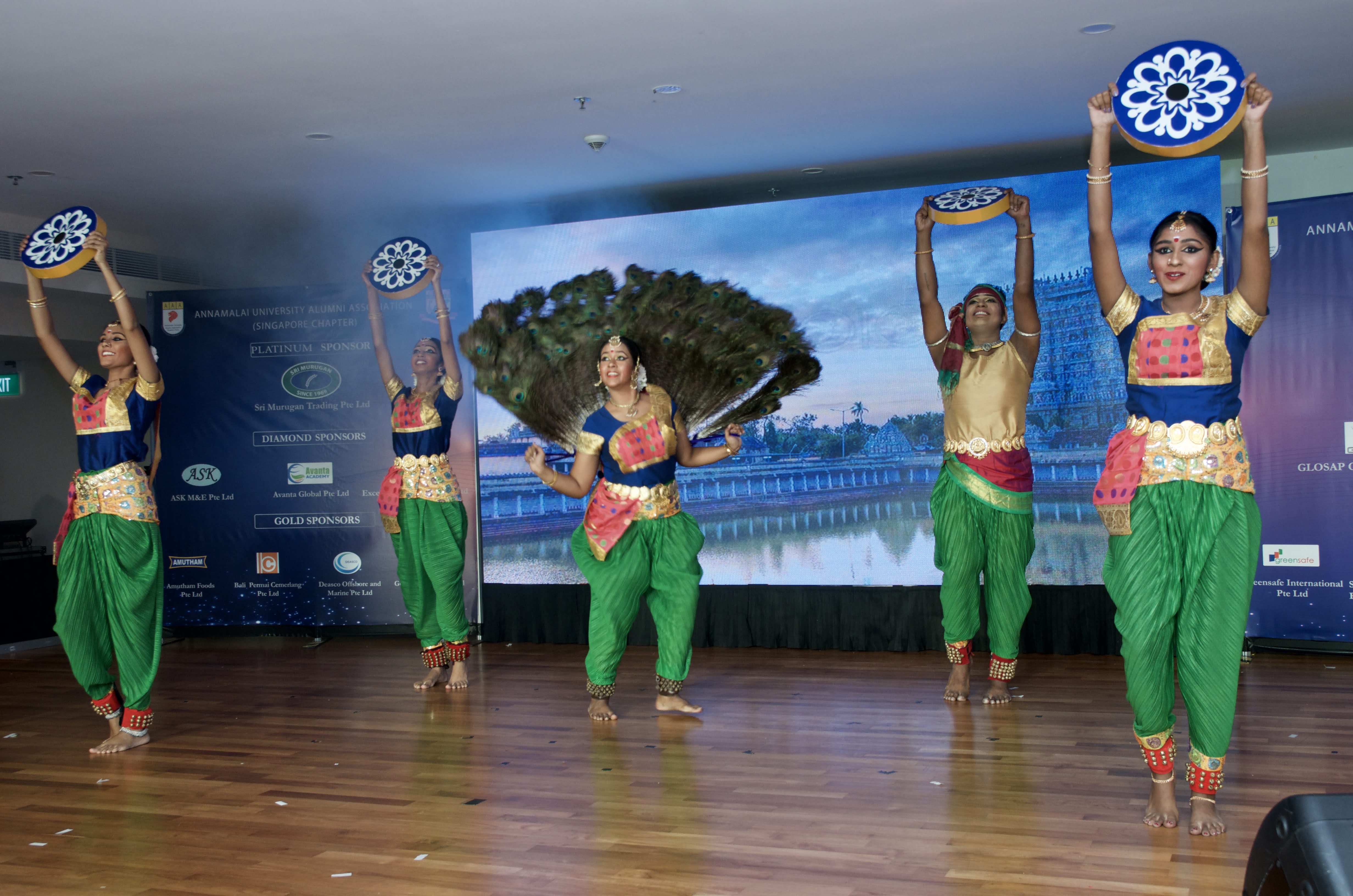 An interesting and humourous skit by the members bridging the nostalgic campus life and present day scenario received thunderous applause.

The dance floor was thrown open with memories of college life filling the screen space and the song, ‘Mustafa Mustafa…’ that celebrates friendship played in the background.

In the end, a cake was cut to celebrate the birthdays of those who were born in the month of January.

The photo gallery showcasing the 20-year journey of AAA was quite interesting. Also on display were books authored by AAA members and excellent pieces of art made by AAA family members.