(Facing the) Demons of Demonetisation

An NRI’s run-in with cash-less craziness in India.

As I was preparing for my first trip to India post demonetisation, I was aware that what I needed most importantly for my travels, other than my passport, was cash. My plan was to withdraw dollars in the US and exchange them for rupees at the international airport at New Delhi. It was then that I realized that I didn’t really know where my nearest ATM was! 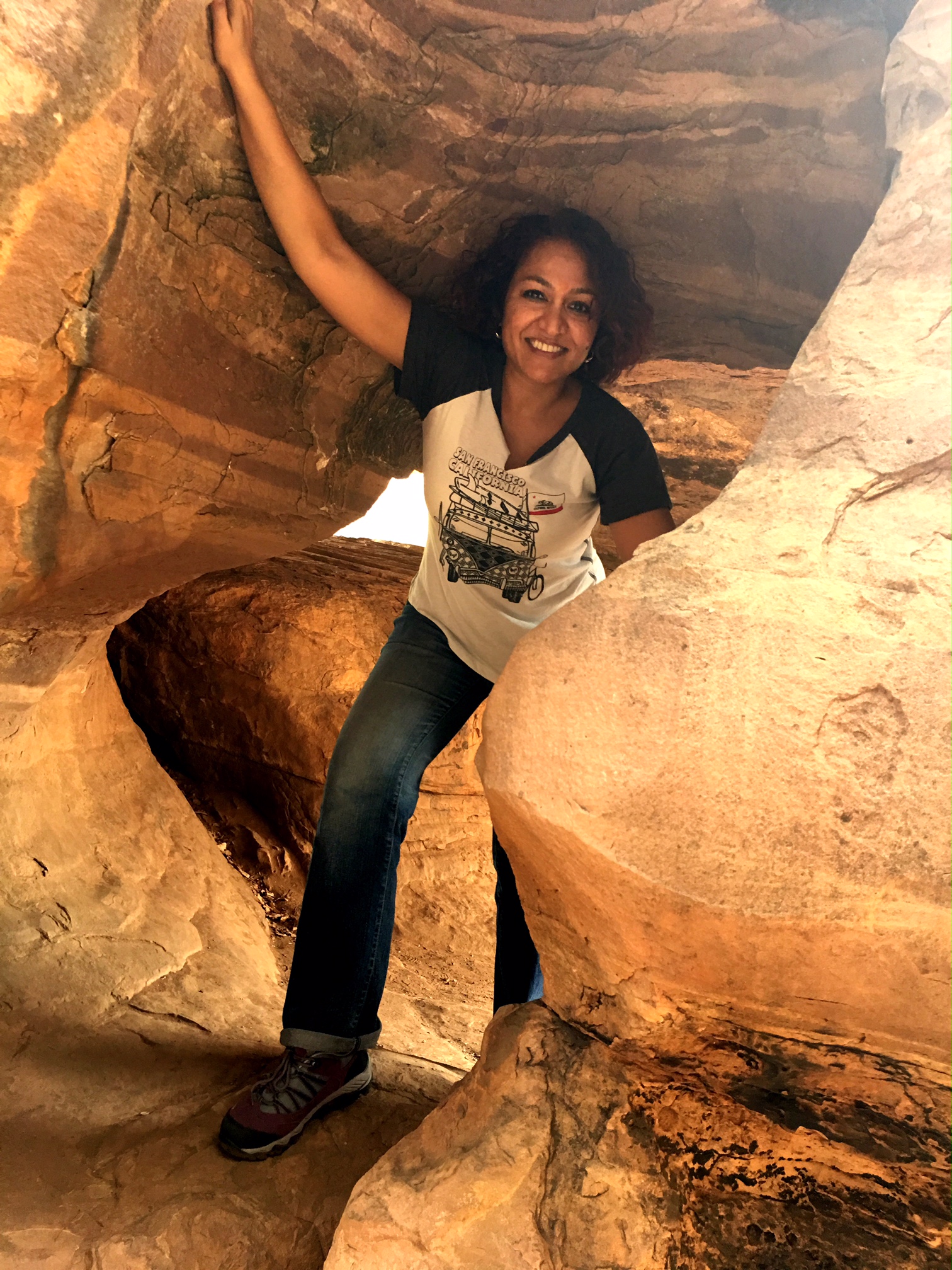 My husband and I live in the Silicon Valley, and our financial transactions are entirely digital. When I need to get around, Uber (which is linked to my credit card) has me covered. I use my phone to pay for groceries, using Apple Pay. When I need a gardener or an electrician or a handyman, or food delivered to me from a nearby restaurant, I use one of several apps on my phone to schedule them (these days, they even deliver fuel for your car so you don’t have to stop at the gas station). It’s easy and it works. In a credit-driven economy, the mobile phone is mightier than the green paper. And when I can’t pay with my phone (how annoyingly pre-digital), I begrudgingly offer my credit-card for the vendor to process my payment on his/her phone with Square (a mobile-payment device which can be plugged into the phone to accept payments).

In recent months, I’ve read, and heard many an anecdote about demonetisation - both for and against. My own position was one of cautious optimism, and why not? I don’t live in India. But now that I was going to travel to India, I needed to ensure I wasn’t going to end up cashless and dying in a ditch (ok, a little exaggeration there). Armed with warm, crisp currency from my nearest ATM, which I Googled to discover, I set off on the all too familiar and yet grueling journey more than halfway around the world.

Twenty four hours later, I arrived at the international airport in New Delhi. Near the baggage area, I found two currency-exchange terminals both of which had long queues despite it being well past 1 AM. I got behind the Thomas Cook line as it was close to the carousel that would deliver my suitcase.

In the line ahead of me, everyone was clearly a foreigner. As I waited my turn to be graced by the Indian gods of currency, I noticed that each person in line had to fill out a form, have their passport photocopied and sign some papers before receiving Indian rupees in exchange for their foreign currency and forbearance. Each visitor was allowed to exchange no more than the equivalent of 75 euros or 84 dollars. Which converted to 5000 rupees, a sum that would just about pay for the long cab ride to the hotel and a couple of indulgent meals. Even as the cashier patiently repeated to the foreigners that this was the new rule and she had no power to defy it, they experienced varying emotions that spanned the breadth of surprise, panic, outrage and eventually resignation.

And to rub salt on an open wound, the cashier insisted on receiving exactly $84 or €75 because he was running out of change as everyone was handing out 50 and 100 bills. Clearly, none in the line had the genius to anticipate this turn of events and carry smaller denominations! More confusion and drama prevailed as I awaited my turn in anticipation.

This entire interaction took around 6 to 7 minutes for each person before they got their cash.  As most travelers in the line were with their families, one person waited by the carousel for their bags while another waited to exchange money. But as soon as the person in the exchange line realised how little one person could exchange, he or she called out to the companion to join them so that their passport could be used to double the currency exchanged. Which resulted in twice or thrice the paperwork and a proportional increase in waiting time for those behind in the line.

It took most of an hour for me to reach the counter. To my utter delight, the cashier on noticing my Indian passport uttered words that were symphony to my ears and healing balm to my sleep-deprived, jetlagged and fatigued soul! I could exchange $1000 with an Indian ID (NRIs were only allowed $84, but with an Indian ID, I could pass off as a resident of India and thus be entitled to exchange a princely sum).

Thankfully, because my passport had my parent’s Indian address on it, I walked away with a thick wad of shiny, crisp and pink 2000 rupee notes to the chagrin of the firangs in the line. Ha, life was not all bad!

As I left the airport, I was received by Jasvir, my long time driver who has driven me around Delhi scores of times since 2009. I’ve seen him mature from a chauffeur in a business hotel to the proud owner of a car rental and travel business. I heard from Jasvir that the travel industry had been hit hard by demonetisation. Small businesses like his that are part of the larger tourism ecosystem transacted largely in cash suffered significant losses due to the drop in the number of tourists post-demonetisation. He shared many anecdotes on the unfortunate plight of his customers who had to scramble for cash while holidaying in India since many such small businesses weren’t equipped to accept anything else.

When I arrive at the hotel, the bellboy carried my bags to my room but I had no small notes to tip him with. Thankfully, I had an old 100 rupee note from a previous trip that lay hidden in the bottom of my purse and I fulfilled my obligation. But for the rest of my stay in India, I am going to need many more smaller currency notes for the services I avail. 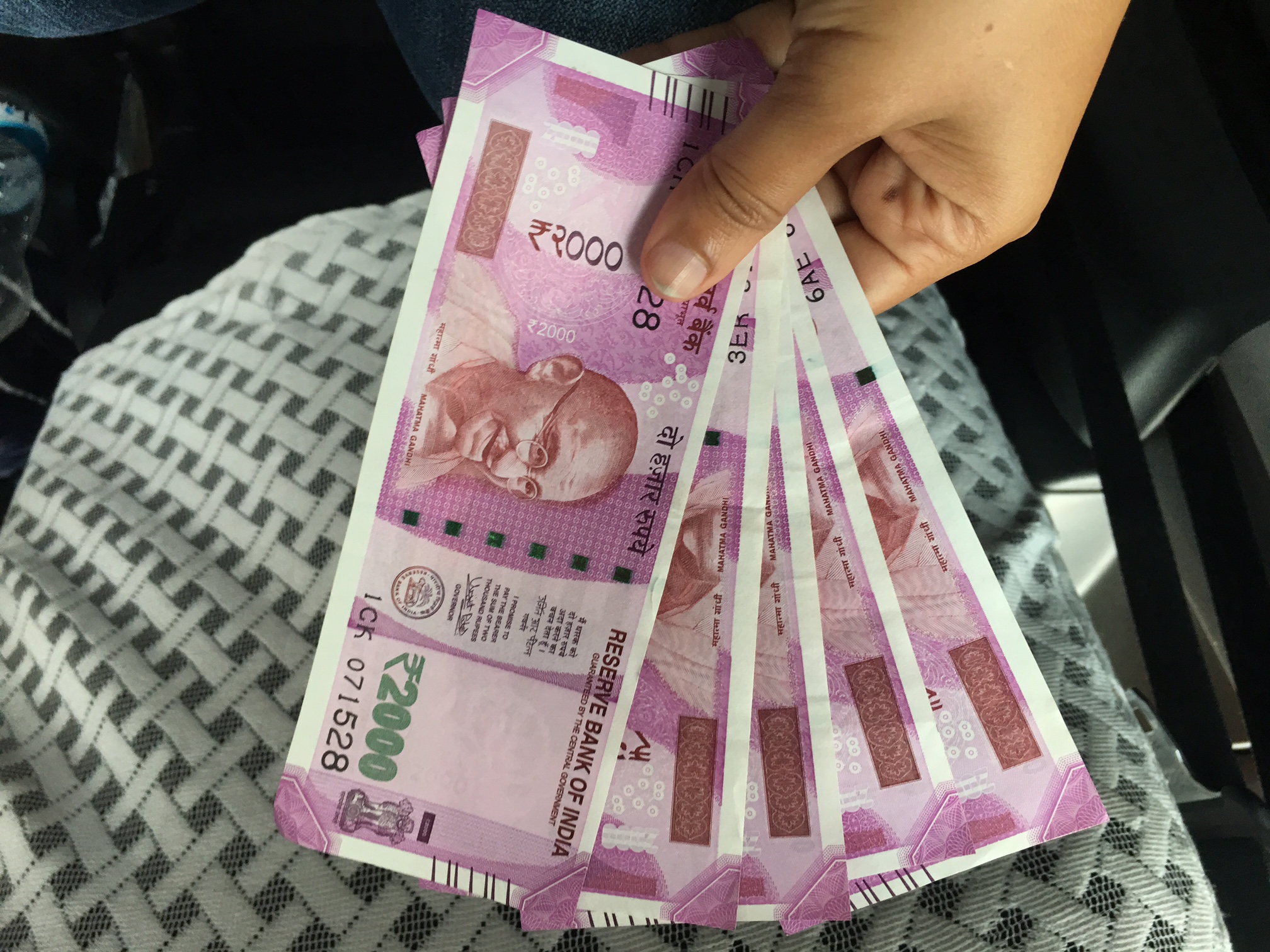 The following morning, which happened to be Sunday, I walked around Connaught Place trying to break my shiny, new 2000 rupee notes. Easier said than done. The expressions on the faces of the people I approached translated to “are you out of your mind?”

I finally understand why a group of foreign tourists in Pushkar had to resort to performing on the street to earn cash for food and water.  This is a land of equal opportunity…in some ways! 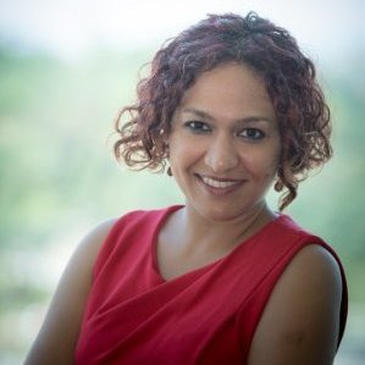