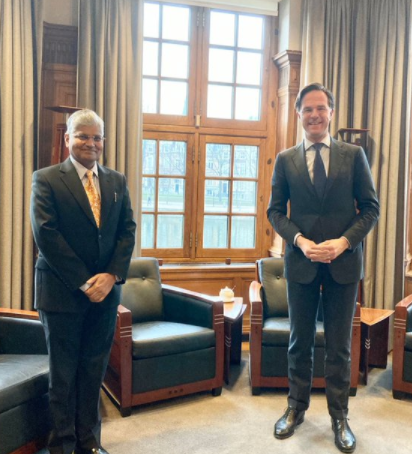 Rawat arrived in China on March 4 and underwent mandatory quarantine as per China's COVID-19 protocols.

An Indian Foreign Service (IFS) officer of the 1990 batch, Rawat was previously India's ambassador to the Netherlands.

Rawat's appointment comes in the midst of the lingering eastern Ladakh border standoff. The Chinese aggression led to a clash in Galwan in June 2020 where the Indian Army lost 20 personnel, including Colonel Santosh Babu, but not before giving a reply in equal measure to the PLA.

He has earlier served in Hong Kong and Beijing. He served as the ambassador of India to Indonesia and Timor-Leste from September 2017-December 2020.

Rawat, who has worked with now external affairs minister S Jaishankar as his East Asia division head when he was the foreign secretary, has handled all the bilateral mechanisms and is known for his calm and professional demeanour.