Emirates Mars Mission to be launched from Japan in July

The Hope Probe mission which is the name of the Emirates Mars Mission is getting its final touch up by a team of 75 Emirati engineers at the University of Colorado, Boulder.

The last outer body piece of Hope was brought to the UAE earlier and signed by the country's leaders, before being sent back to the US.

With great optimism, my brother Mohammed bin Rashid and I today signed a piece of the Hope Probe, which will be launched to Mars in July. Buoyed by the determination of our youth, we are proceeding with our space programme to serve science and humanity. pic.twitter.com/5MASKmuKrg

Sheikh Mohammed bin Rashid, Vice President and Ruler of Dubai and Sheikh Mohamed bin Zayed, Crown Prince of Abu Dhabi and Deputy Supreme Commander of the Armed Forces wrote an inspirational message for the rest of the Arab world, on a piece of the outer casing of the Hope probe at the Presidential Palace in Abu Dhabi.

The probe,  the first by any Arab or Muslim-majority country,  was designed and developed by a team of 10 from the Mohammed bin Rashid Space Centre and funded and supervised by the UAE Space Agency.

The #UAE is one of only 9 countries exploring Mars. The #HopeProbe will let the #UAESpaceAgency get closer than ever to the Red Planet. pic.twitter.com/grnHhBRXji

Built by Emirati engineers with help from US experts, the spacecraft will be brought to Dubai before being shipped to Japan.

Hope will blast off from Tanegashima Space Centre in Japan by July 2020 and will arrive at Mars in seven to nine months thus adding to the UAE’s 50th anniversary (since unification) celebrations.

The launch window, between July 14 and August 3, was chosen because it is the time that Earth and Mars will be at their closest point, which only happens once every two years. 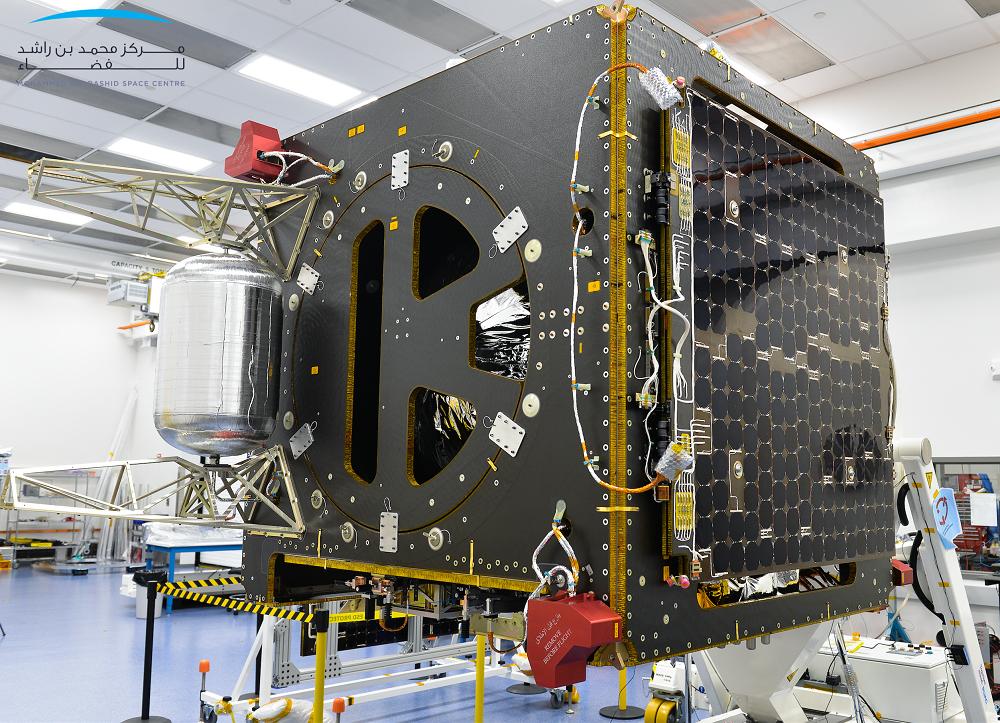 There have been only 26 successful missions to Mars from nine countries and Hope will be the third probe joining India and NASA which are already orbiting around Mars. Photo Courtesy: Mohammed bin Rashid Space Centre

With two probes from India and NASA already in place, Hope will become the third probe orbiting around Mars.

Nasa is studying the upper atmosphere with one probe, while India analyses the lower atmosphere of the Red Planet with another probe.

The UAE probe will complete the picture of the planet’s atmosphere for the first time, by studying how the upper and lower layers interact with each other. It will also help to create a picture of how the seasons on Mars are affected by the light of the Sun. 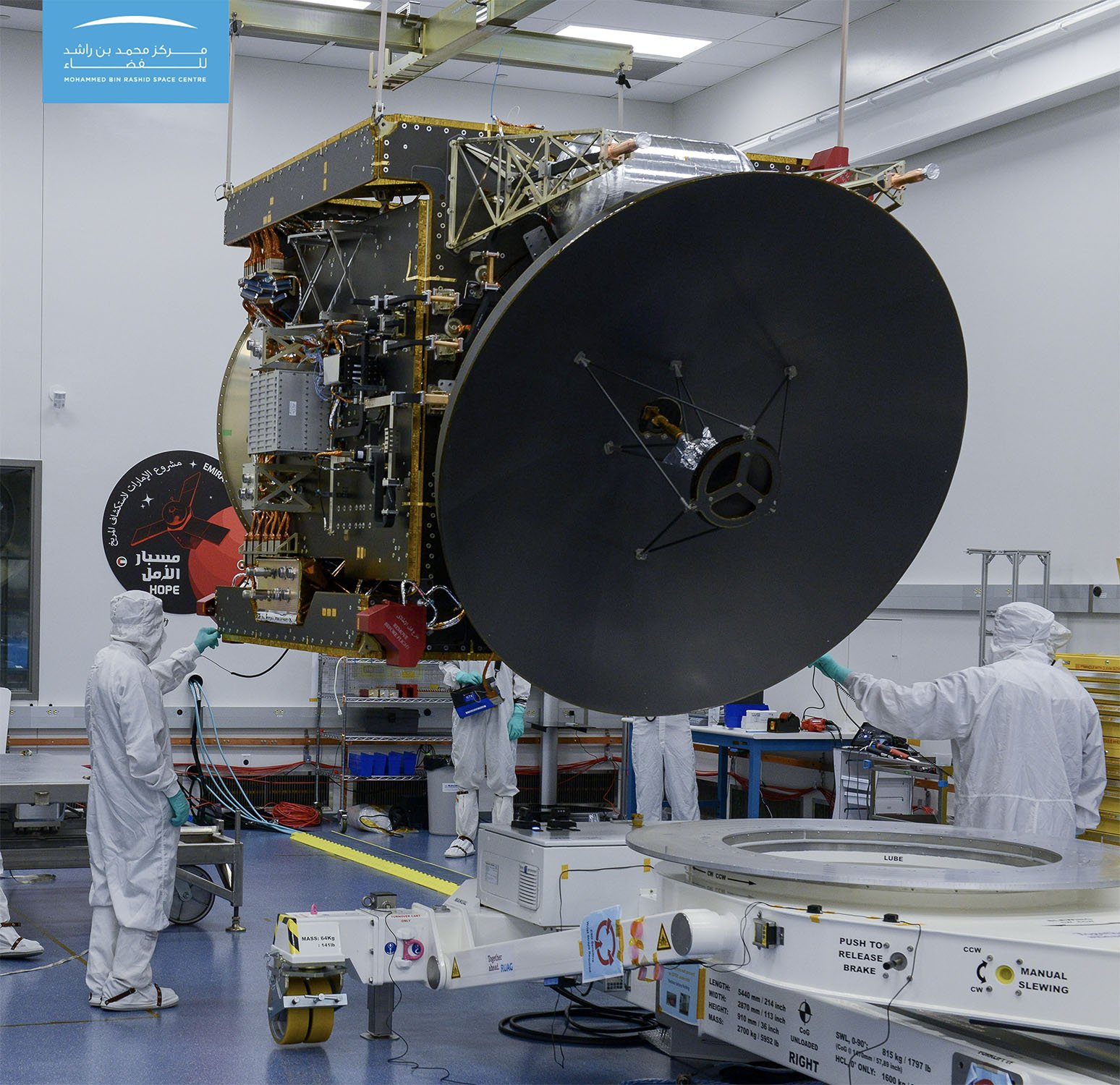 The spacecraft will collect two years’ worth of scientific data, or 1,000GB, with an optional two-year extension that would take the mission into 2025. Photo Courtesy: Mohammed bin Rashid Space Centre

The information will give scientists deeper insight into the past and future of our own planet as well as the potential of life for humans on Mars and on other distant planets.

The information gathered during the mission will in all likelihood form part of the research data for UAE’s plans to build a habitable settlement on Mars by 2117.