Dubai-based Indian-origin celebrity chef Atul Kochhar had to face the music for posting an anti-Islamic tweet following which Dubai’s JW Marriott Marquis Hotel has severed its connection with him today. The controversial tweet caused considerable outrage in the social media amid accusations of bigotry and Islamophobia, reports Gulf News tabloid. 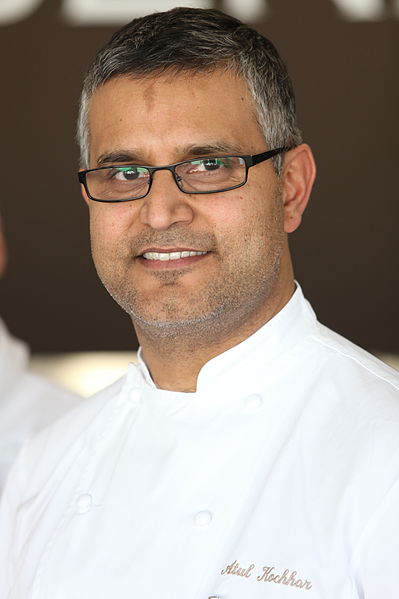 “Following the recent comments made by Chef Atul Kochhar, we have taken the decision to end our agreement with him for Rang Mahal. With the termination of our agreement, Chef Atul will no longer be associated with the restaurant,” Bill Keffer, general manager of JW Marriott Marquis Hotel Dubai said in an emailed statement to Gulf News tabloid!.

“At the JW Marriott Marquis Hotel Dubai we pride ourselves on creating a culture of diversity and inclusion for our guests and associates across the hotel and our restaurants. We also remain committed to delivering the traditional culinary experience and high service standards that Rang Mahal is renowned for,” added Keffer.

The famous chef landed in controversy after taking a dig at Bollywood actress Priyanka Chopra for her tweet over an episode in American television series Quantico that purportedly portrayed Hindu nationalists as terrorists.

“It's sad to see that you (Priyanka) have not respected the sentiments of Hindus who have been terrorised by Islam over 2,000 years. Shame on You (sic),” Kochhar tweeted.

The chef later deleted the controversial tweet and apologised for the ‘major error’ that was made in the heat of moment on Sunday, again on Twitter.

“There is no justification for my tweet, a major error made in the heat of the moment on Sunday. I fully recognise my inaccuracies that Islam was founded around 1,400 years ago and I sincerely apologise. I am not Islamophobic, I deeply regret my comments that have offended many,” he tweeted.

There is no justification for my tweet, a major error made in the heat of the moment on Sunday. I fully recognise my inaccuracies that Islam was founded around 1,400 years ago and I sincerely apologise. I am not Islamophobic, I deeply regret my comments that have offended many.

On June 12, he again expressed his regret over the controversial tweet.

There is a possibility that Kochhar can face prosecution for his controversial tweet, according to a news report in Arab News.

Dubai-based lawyer Yamini Rajesh said to the newspaper, that UAE’s anti-discriminatory law criminalises discrimination in all forms based on religion, faith, race, or colour and if convicted the punishment could mean imprisonment up to five years, and a fine ranging anywhere between 500,000 to 1 million dirhams.

She also added that the employer too could face legal action, over Kochhar’s tweet, as UAE law holds the employer accountable for the actions of the employees.

However, JW Marriot Marquis Hotel has distanced itself from Kochhar’s comments by issuing a statement on Twitter.

There has been frantic upheaval in the social media on the issue calling for sacking of the chief while some have come in support of Kochhar.

“You have offended me...As a person who loves India its people no matter what their caste or creed”

You have offended me...As a person who loves India its people no matter what their caste or creed https://t.co/oxxF5waftf a secular and liberal it truly is a horror statement @vijayprashad @ShahidBurney @EnglishAlbilad Repent as Gopal my friend from Naini Tal said. @talmaeena

Some people said that they would boycott the restaurant. A UAE resident posted on his Facebook page, "Chef celebrity showed his true colours. I won't eat here after reading the racist tweets by the head chef."

However, Kochhar, has also found supporters for his tweet.

This is the real intolerance! Can not digest a tweet? Huh!!, tweeted Chakravarty Sulibele

This is the real intolerance! Can not digest a tweet? Huh!! https://t.co/zFOn9oLINQ

This is how minorities are silenced in Islamic Countries, tweeted Dr. Latha

This is how minorities are silenced in Islamic Countries. https://t.co/sZLmTXVTk0