Deputy Prime Minister (DPM) Heng Swee Keat has announced that all Singaporeans above 21 years old will receive an additional one-off cash payment of S$300, to tide them over the heightened safe-distancing measures against the COVID-19​ pandemic.

A S$300 cash payout was announced under the “care and support” package during February’s Budget  for adult Singaporeans and with the Government providing another S$300, this takes the total to S$600. 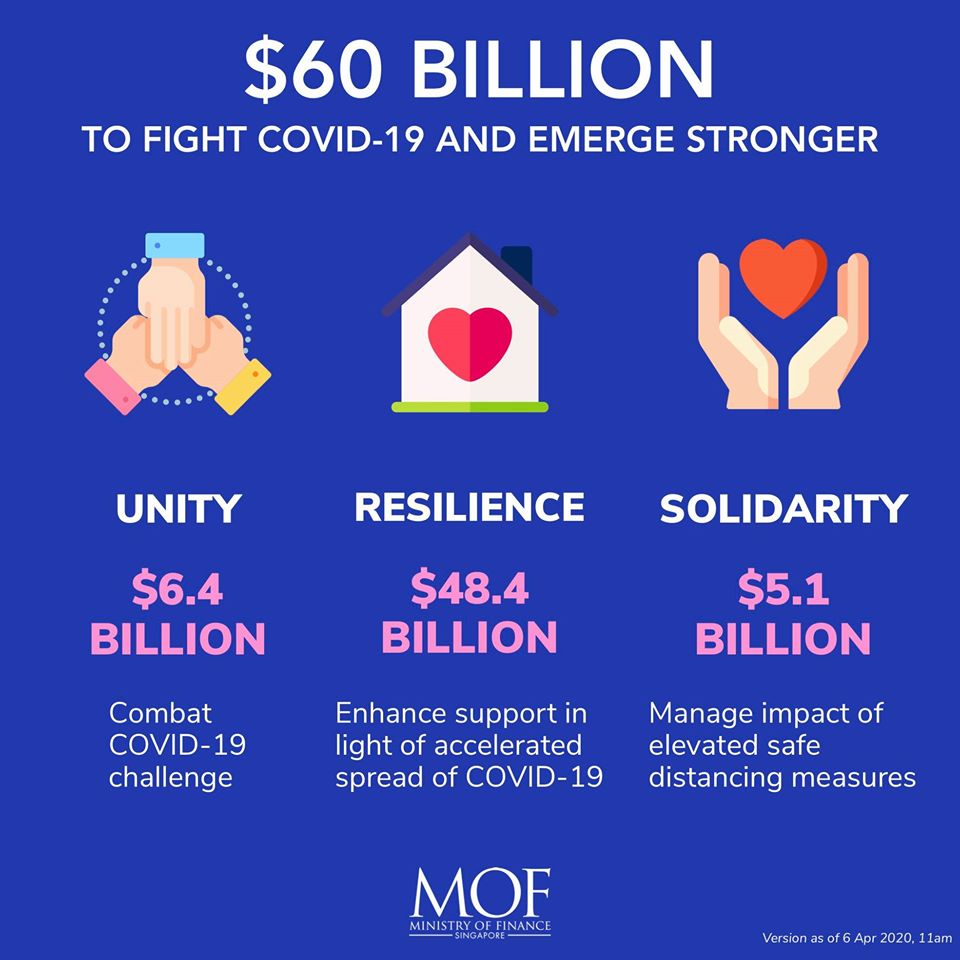 The DPM termed this the 'Solidarity Payment'- an additional support for workers, businesses and households on Monday as part of the "Solidarity Budget" to cope with COVID-19 situation.

Other cash payouts under the Care and Support Package that were announced earlier will be brought forward to June, instead of August and September.

Estimated to cost the Government an extra S$1.1 billion, the payout will be credited to bank accounts of those who have provided the Government with them, while the rest will receive the sum by cheque, which will be issued in stages from April 30.

The DPM who is also Singapore's Finance Minister unveiled this third round of stimulus measures in Parliament today, by which:

The DPM said he was heartened by many who have written to him, his ministerial colleagues and fellow Members of Parliament suggesting that the money be given to those who need it more.

“I thank fellow Singaporeans for your thoughtfulness,” he said and urged them to donate it to charities, the Giving.sg portal or the Community Chest’s Courage Fund, or to share it with others. 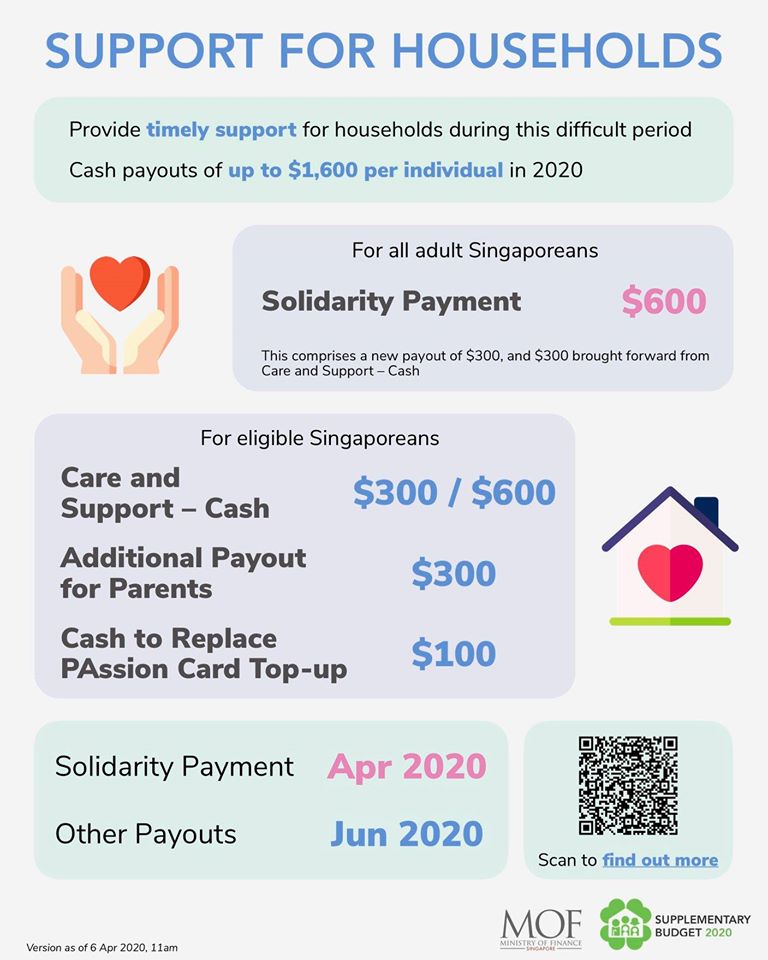 Those who still need more financial support should approach the Ministry of Social and Family Development’s (MSF’s) social service offices and community centres to apply for government schemes such as:

Singaporeans who are “emotionally affected or distressed” during this period, are encouraged to avail of community mental health support services via phone consultations or home visits.

A 24/7 national care hotline will seen be set up and Mr. Heng said, “In this time of need, I am glad that mental health professionals and trained volunteers have stepped forward to offer their help in setting up the new hotline.”

Many Singaporeans have been asking for fee refunds or waivers after the 'circuit breaker' measures were introduced to curb the spread of the coronavirus.

A spokesman from the ministry said "Rather than to mandate refunds which help families but hurt businesses, the Government is implementing assistance measures, to help both families and businesses".