Bringing laurels for the Indian community abroad, Indian-origin Dilhan Pillay Sandrasegara will be the new CEO of wholly-owned management and investment arm of state investor Temasek Holdings in Singapore from April 1.

Sandrasegara (55) will succeed Lee Theng Kiat (65) who will become the chairman next month. Lee will take over from Ho Ching, the wife of Prime Minister Lee Hsien Loong, as chairman of Temasek International, the firm said in a statement.

As CEO of Temasek International, Pillay will be responsible for the role of Temasek as an active investor and shareholder. He will also oversee the operations of the firm, and the organisation of its talent and resources to deliver sustainable long term returns for Temasek. 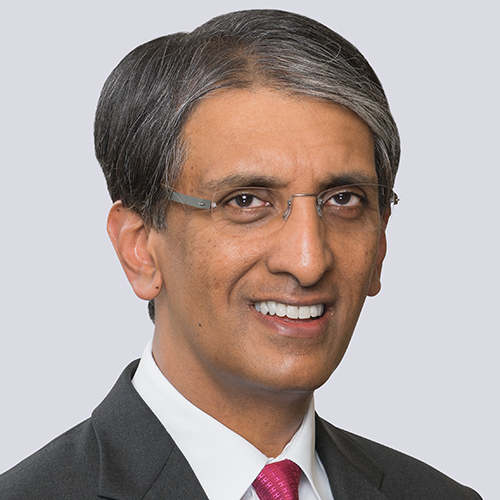 As Chairman of Temasek International, and concurrently an Executive Director of the parent company, Temasek Holdings, Lee will be overseeing the development of Temasek as a forward-looking institution and will work closely with Pillay on commercial strategies and portfolio matters.

“Pillay has held various leadership appointments in Temasek since 2010, including leading its Investment and Portfolio Management Groups and overseeing the US and Americas market teams. He also initiated and led the Enterprise Development Group, to build new longer-term growth engines for the firm through innovation, and to seed or develop new enterprises with the potential to be domestic, regional or global champions,” said Temasek in a press statement.

He has also been an active participant in various public policy consultations and engagement forums, drawing on the legal experience from his earlier career in corporate law, mergers and acquisitions, corporate governance, and his extensive business network across the world.

“I am pleased today to let you all know that Dilhan will be taking over from me from 1 April 2019.  Let me also say that he has the full support of our senior team and the Temasek Holdings Board,” said Lee, incoming Chairman of Temasek International while announcing the succession at a staff briefing.

“We have been working for some time to build a strong leadership bench in Temasek, and I know Dilhan will bring his vision and passion for our mission to his new role.  I look forward to working with Dilhan in his role as the new CEO,” said Lee.

“Dilhan has the ability to connect the dots, a keen eye for details and practical solutions, and a boldness to break new ground in anticipation of longer-term trends. He also has the support of his peers and colleagues to take the lead and reshape Temasek to be more ready to invest into a better, smarter and more connected world, and in a new environment with cyber threats and technological opportunities,” he added.

“The Temasek of today is a very different one to that which I joined, almost a decade ago. Today, we have a more global portfolio and diversified workforce; and we have actively transformed our portfolio from its Singapore origins to one which is growing strongly with Singapore and Asia. In recent decades, we have also tapped on longer-term opportunities outside Asia,” said Dilhan Pillay Sandrasegara on getting the new assignment as CEO of Temasek International.

“The world is much more connected now. We look at global trends, invest across the world, and are constantly adapting ourselves to stay relevant. We are a builder of businesses, and more importantly, talent. I am fortunate that we have a team in Temasek with a strong sense of purpose and a commitment to integrity and excellence. These are built on the foundation laid by many generations of dedicated staff, including Ho Ching and Theng Kiat. I look forward to working together with the team to take Temasek into the future,” he added.