DBS Bank CEO Piyush Gupta was among 27 NRIs of the 17th Pravasi Bharatiya Samman Awards (PBSA). Indians living overseas were chosen by the Indian government for the awards for outstanding achievements both in India and abroad. 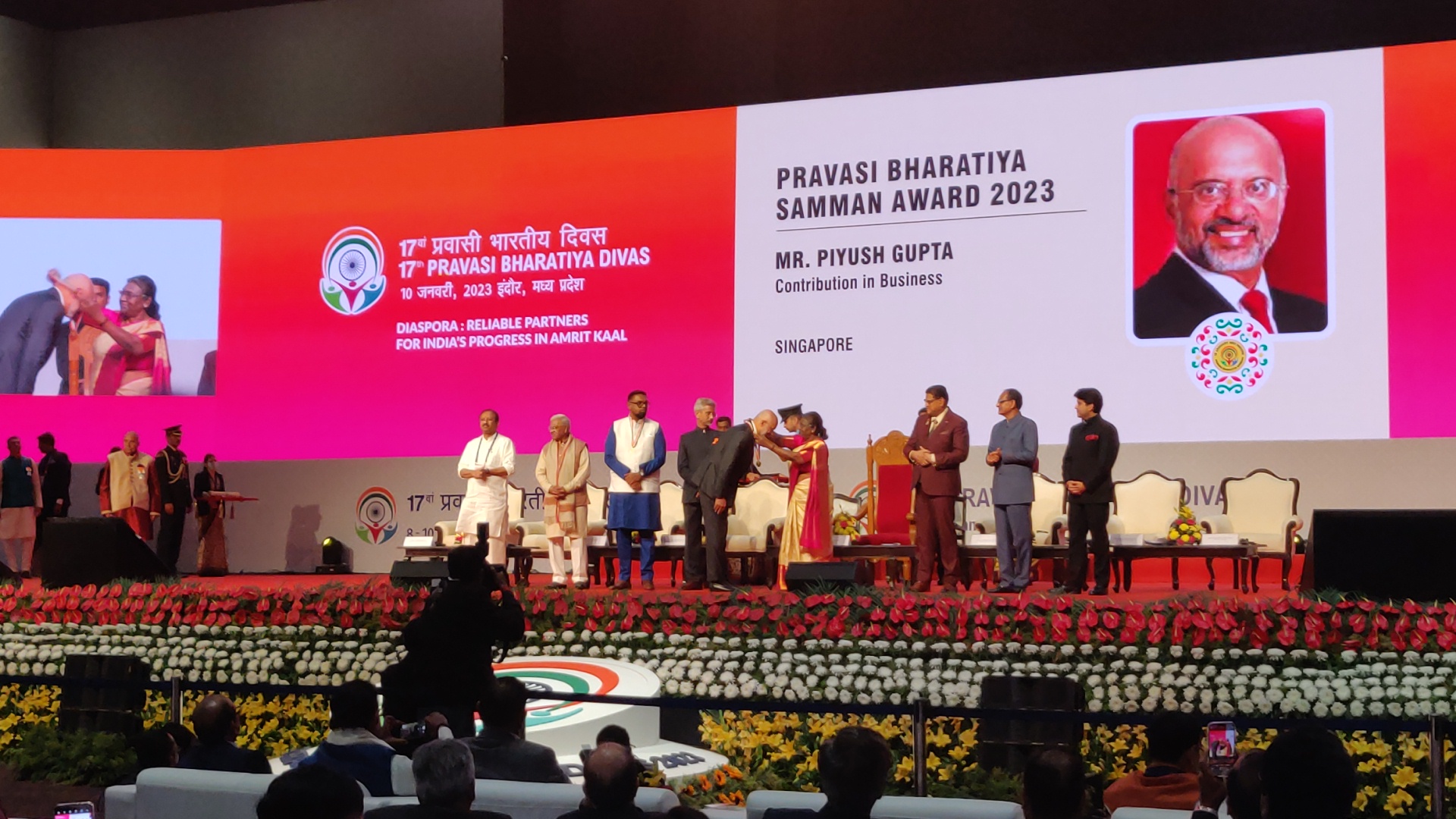 The award is the highest honour conferred upon Indians living abroad, including Non-Resident Indians (NRIs), Persons of Indian Origin (PIOs) or organisations/institutions established and run by them.

Guyana’s President Mohamed Irfaan Ali and US-based businessman Darshan Singh Dhaliwal are among the other awardees.

The jury that selected the recipients comprised Vice-President Jagdeep Dhankhar as its chairman and External Affairs Minister S Jaishankar as its Vice-Chair, among other distinguished dignitaries from different fields.

Gupta started his career at Citibank India as a management trainee. He moved to Singapore in 1991 as the chief-of-staff to the Asia head, and was posted to Indonesia in 1998, as country manager.

In 2009, he left Citigroup to join DBS Group as the chief executive officer. As CEO, he received various business awards, and has been credited with growing DBS to become a leading Asian financial services group.