Severe cyclone Asani is expected to recurve tonight and move parallel to the coast in the north-northeast direction, the India Meteorological Department (IMD) said. 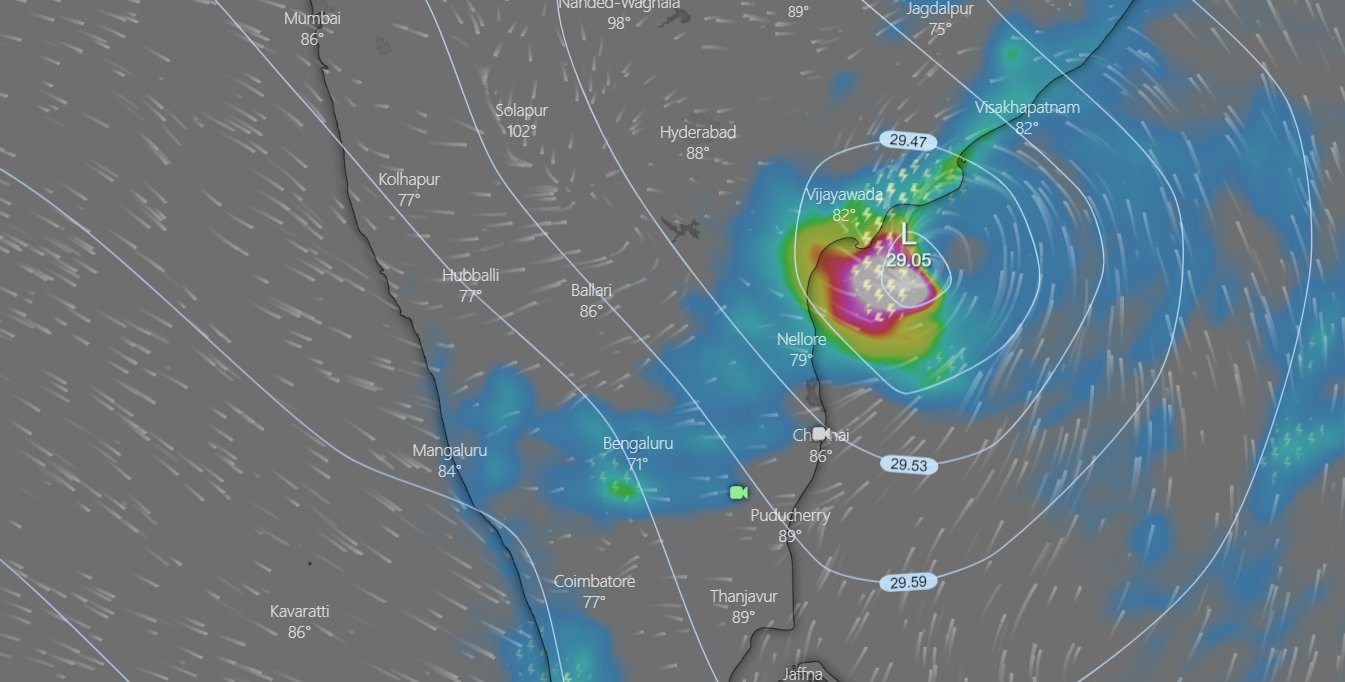 The MeT Department has warned fishermen against venturing into deep sea till Thursday. Photo courtesy: IMD

The cyclone Asani is nearing the east coast, amid sign of gradual weakening today.

The cyclone, which was moving at a speed of 25 kmph yesterday, has slowed down to 5 kmph as it lays centered around 300 km southeast of Kakinada in Andhra Pradesh and 510 km south-southwest of Gopalpur in Odisha.

"The severe cyclonic storm has already started losing steam and it will further weaken into a cyclonic storm during the next 24 hours as it nears the coast and makes the recurve," Bhubaneswar Regional Meteorological Centre Director HR Biswas said.

He said the gale-force wind speed will decline to 80-90 kmph by tonight and to 60-70 kmph by tomorrow evening. 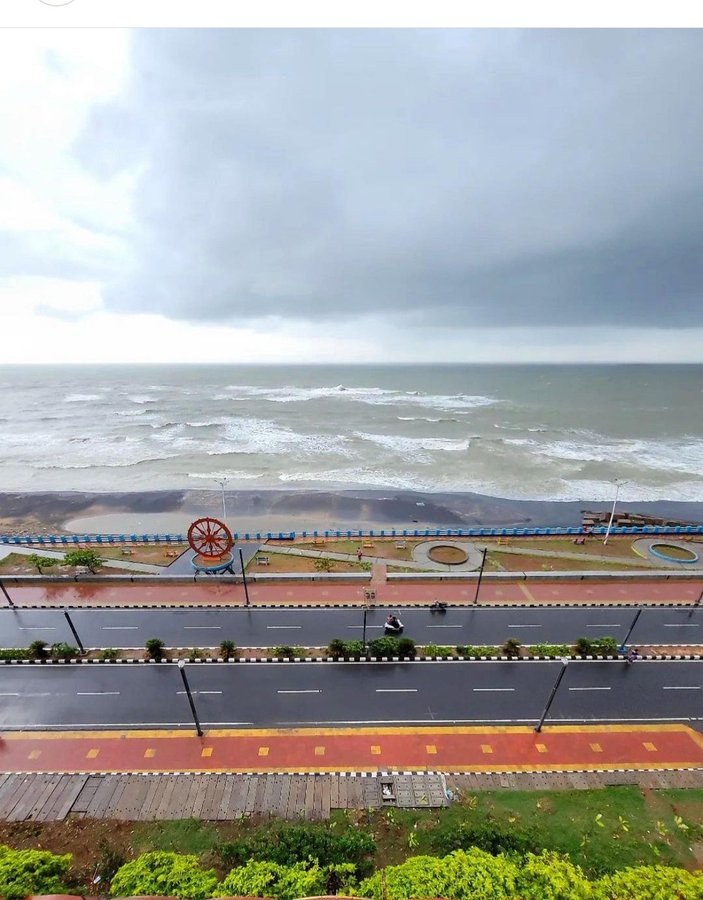 The cyclone is nearing the east coast, amid sign of gradual weakening today. Photo courtesy: Twitter/@dattasankar2805

The MeT Department has warned fishermen against venturing into deep sea till Thursday, as Odisha braced for heavy rain in the coastal areas. Rainfall was recorded in Ganjam, Puri and Khurda today morning.

The weatherman has predicted heavy rain in parts of coastal Odisha from May 10-12. Special Relief Commissioner PK Jena said local authorities have been put on alert to face heavy rain and water-logging and asked to undertake evacuation of people from 15 blocks in four coastal districts.