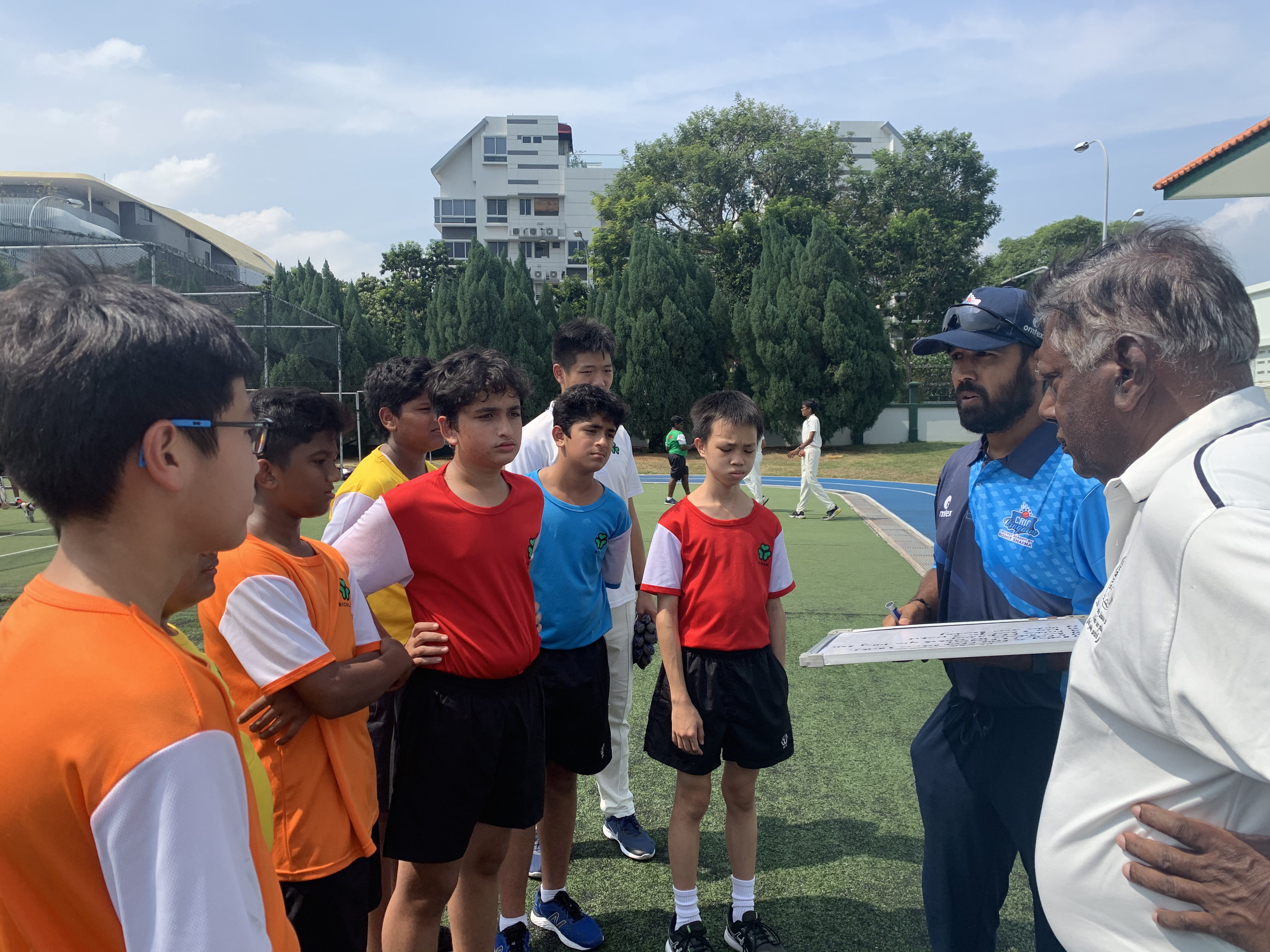 With 103 cricket teams in a geographical area of 721.5 square kilometres, which comprises the mainland and other islands, it is Singapore that has the highest density of cricket clubs. Photo: Connected to India

There is a rich tradition of cricket in Singapore dating back to when the island was under British rule, but now the game is growing in popularity among the non-Indian communities as well.

Apart from the growing splash the Singapore team is making in international cricket, more and more schoolkids are playing ‘the gentleman’s game’. “My father suggested I join cricket because in his university days he played it overseas in New Zealand,” says Danny Aden Bone, Secondary I student of St. Patrick’s. “I love batting. I just like to hit hard.”

A fair share of cricketers in Singapore are looking to play professionally, even while holding a full-time job. Indian cricket stars Mahendra Singh Dhoni and Rohit Sharma are among the heavyweights who have been involved in cricket coaching in the city-state, partnering with local companies and coaching schools.

Cricket coach Sivalingam, however, says that the game was a lot more popular when he started playing in 1965. Almost every school had a team but rues the fact that the tradition did not carry forward.

“My schooldays, there was an active national league with 20-30 schools playing against each other,” he said. He went on to explain the generational gap that was created once players and coaches retired and due to a dearth of replacements.

“Cricket academies have been operating for the past two-three years in Singapore. I personally have been going around trying to encourage students to come in and try out and then they stay on,” he added. 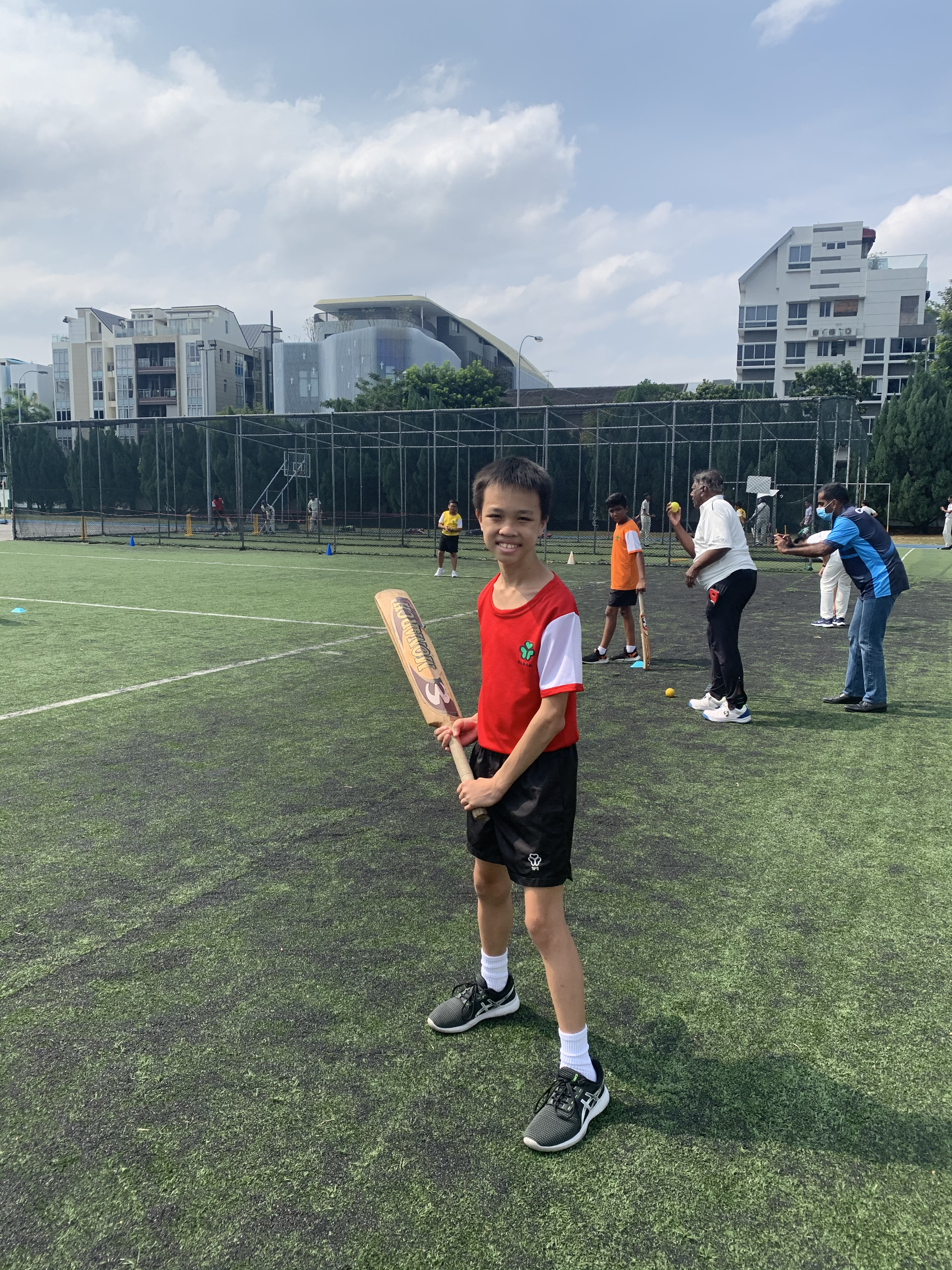 Danny Aden Bone, a Secondary I student of St Patrick’s, was introduced to cricket by his father.Photo: Connected to India

The Singapore Cricket Association (SCA) has worked hard to create a strong grassroots system for the development of the sport in the country.

Companies such as CricKingdom, a cricket academy started by Singapore's ex-Men’s cricket team skipper, Chetan Suryawanshi, were in talks with secondary schools such as Unity and Broadrick under the Ministry of Education (MoE), Singapore to kick start cricket coaching at the grassroots level in multi-racial Singapore.

Aidan Ho Li-en, who got himself a full cricket gear after attending his first cricket session, tried out for the sport because his friend was doing so. Now, he says he wouldn’t switch to any other game. “It’s very fun how you bat the ball and run. It requires a lot of skill to play and run with all the equipment,” he said. 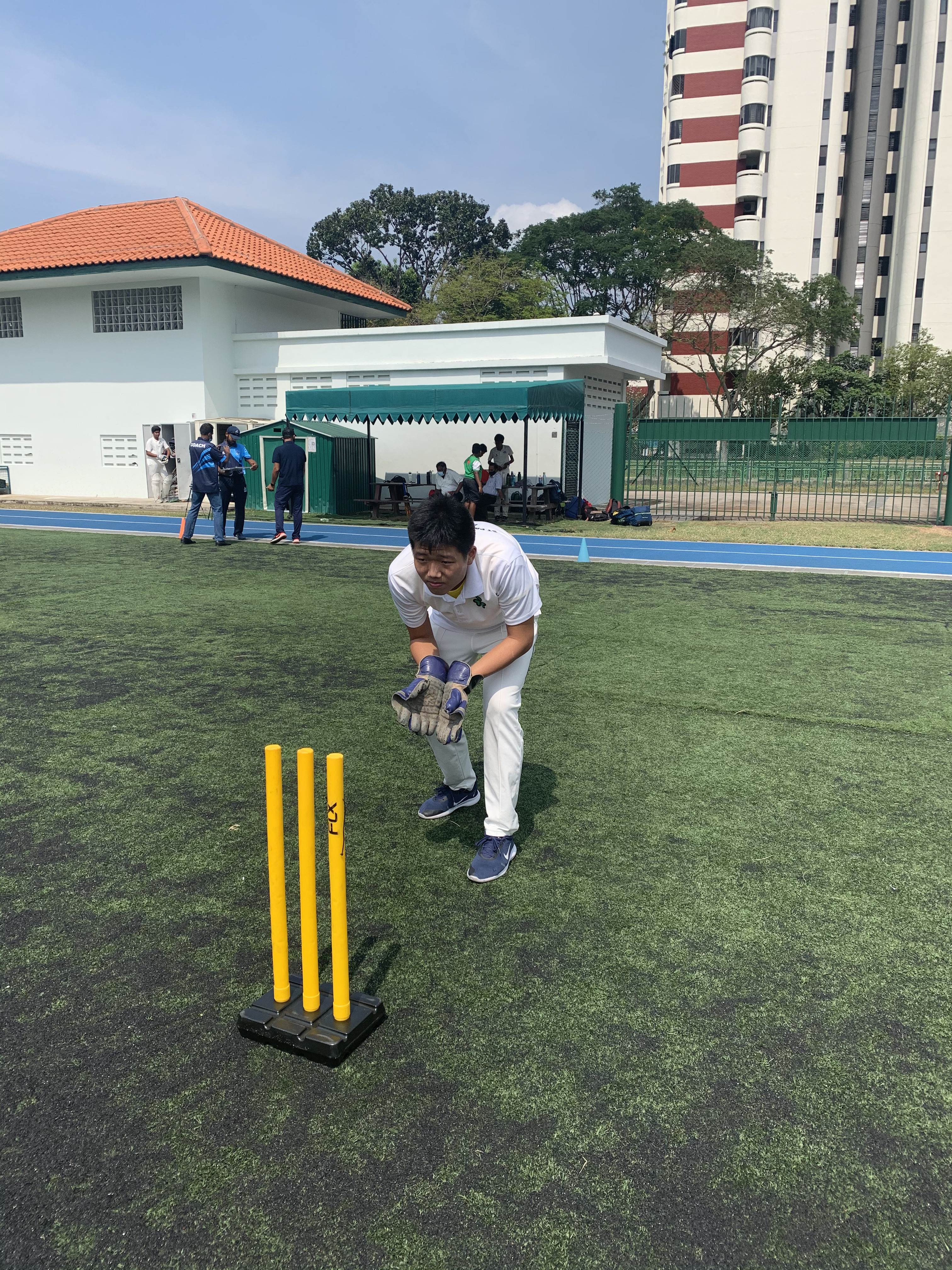 Alonzo Au, a wicket-keeper whose idol is MS Dhoni, was brought to cricket at a young age when he saw his neighbourhood friends in Little India playing the game and joined them. Photo: Connected to India

With 103 cricket teams in a geographical area of 721.5 square kilometres, which comprises the mainland and other islands, it is Singapore that has the highest density of cricket clubs.

Alonzo Au, a wicket-keeper whose idol is MS Dhoni, was brought to cricket at a young age when he saw his neighbourhood friends in Little India playing the game and joined them. He has been playing for five years and looks visibly proud when he shares that he has made around 100 catches. “When playing with my friends, I found I enjoyed catching the ball and never dropped catches even on high or uneven ground or while wicket keeping,” Alonzo said.