Singapore saw its rent rates take a dip in 2021 due to the COVID-19 pandemic and its effect on tourism, according to a study by ECA International. The knowledge, information and software provider found that Singapore is the eighth most expensive location in Asia for international executive standard accommodation as rents fell by an average of 2.0%. 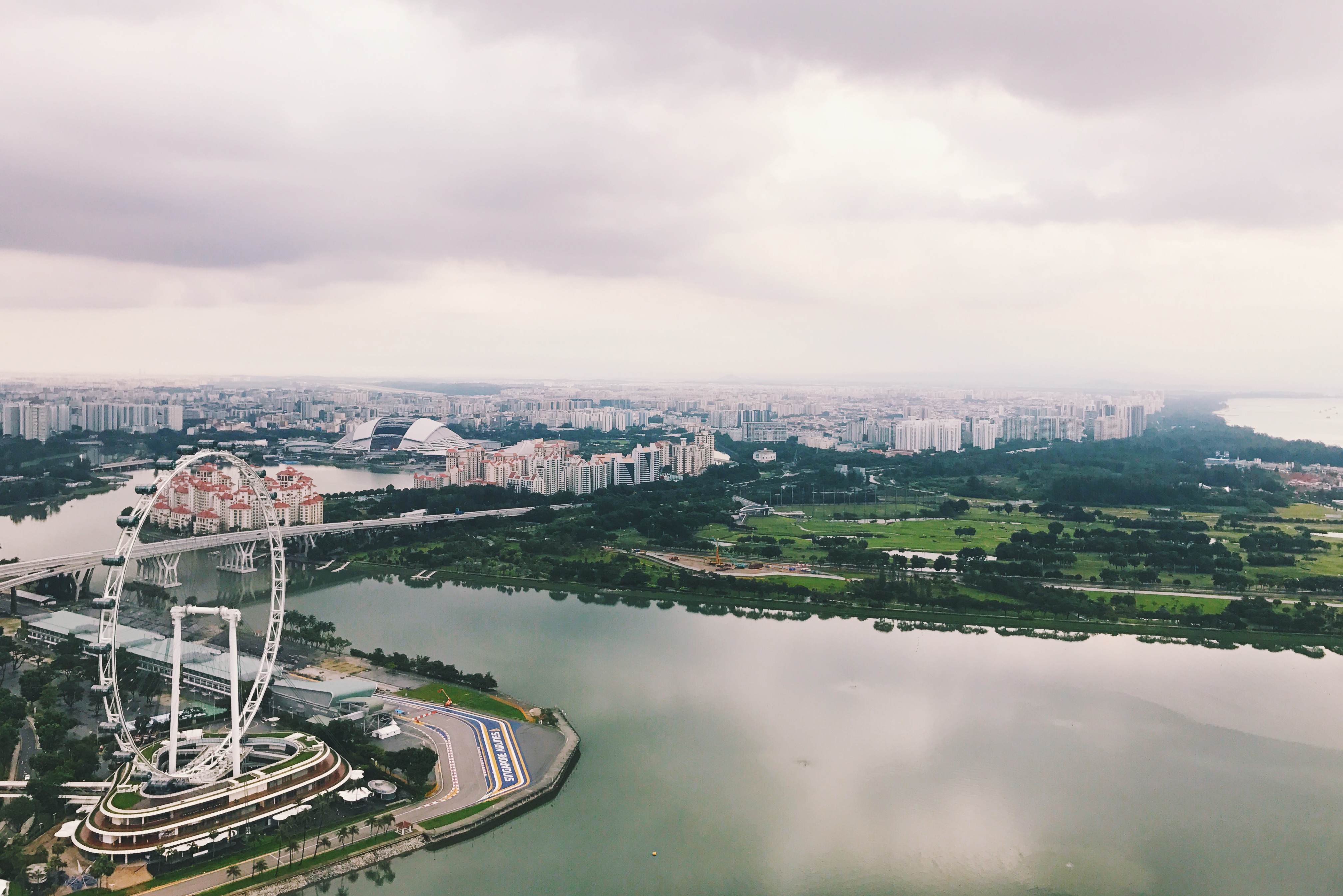 Singapore is now the 26th most expensive location for international executive standard accommodation in the world, falling just one spot from its position at 25th in last year’s rankings. Photo: Connected to India

The average monthly rental price for an unfurnished, mid-market, three-bedroom apartment in areas commonly inhabited by international executives in Singapore is now USD 4,210 (SGD 5,747) – a drop of 2.01% compared to 2020.

“Rent levels in Singapore are always notably stable and this year is no different, with the country seeing only a slight dip in market rents,” said Lee Quane, Regional Director – Asia at ECA International. “This represents a reversal of the increase in rental costs seen in the previous year, and is likely the consequence of COVID-19’s impact on the wider economy in Singapore.”

Hong Kong has been named the most expensive location in the world for expatriate accommodation for the fourth year in a row, even though rental costs dropped by an average of 5.95%.

“Hong Kong has seen a rare decrease in rental costs this year, as COVID-19 lessened the demand for accommodation in the top-tier areas where expatriates would normally reside," Quane said.

He added that the pandemic has had a serious effect on international business in general, but more specifically, severely limited the number of overseas workers moving to Hong Kong.

"This, together with the ongoing impact of socio-political tensions on Hong Kong’s economy, and the city’s unemployment levels at its highest rate in over 15 years, has resulted in a lower demand for high-end accommodation," Quane said. 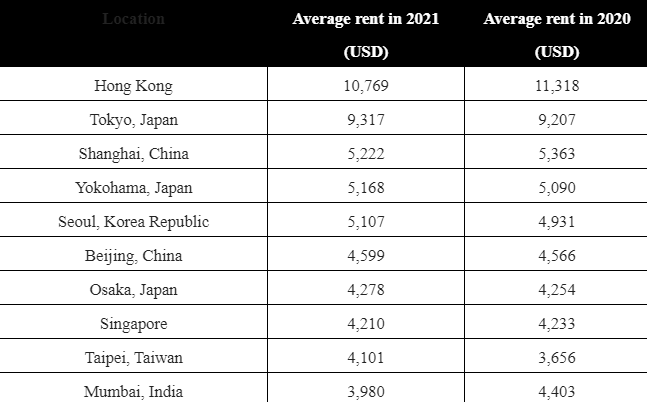 However, Hong Kong is still by far the most expensive location in Asia for rental costs, and is still more expensive than New York, despite the gap closing slightly this year, the study found.

Taiwan capital Taipei climbed 20 places to be the 29th most expensive location for expatriate accommodation worldwide. It was one of the few locations in Asia Pacific to see significant rises in accommodation costs this year, with the average monthly rental cost in Taipei now standing at USD 4,101 – a rise of over 5.0% from 2020.

This growth was attributed to a knock-on effect of the nation’s success in mitigating the transmission of the COVID-19 virus as well as the repatriation of staff who were previously assigned to China.

Meanwhile, locations reliant on international tourism have seen their rental markets hit especially hard during the pandemic, resulting in some major drops in the rankings. For instance, Bangkok has fallen 19 places to 49th place, while Hanoi saw a similar drop of 12 places to 81st place. It is unlikely that there will be a change to this trend until international travel is fully open again, the study found.

Though rental prices remained largely stable in Europe, the true impact of the pandemic on rent levels is still yet to be seen. While many residents left cities to move further out or back home, the pandemic effectively froze many property markets instead of causing immediate downward pressure on rents.

"As many European locations are still in the midst of lockdowns, and are experiencing other pandemic-related issues, we have yet to see big drops in European rental markets,” said Quane.

Istanbul saw one of the biggest falls this year, having dropped by 60 places in the global rankings. The Turkish city is now the 116th most expensive city in the world to rent in, with rents costing USD 2,441 per month – a 30% decrease from 2020.