The seventh episode of ராஜா கைய வச்சா (“Raja Kaiya Vecha”) aired on meWATCH, Vasantham and Mediacorp Entertainment on YouTube. This episode saw special guest appearances from mentor chefs of King of Culinary’s Chinese and Malay series San Ba Dao and Raja Kulinari for the first time in the show’s history. 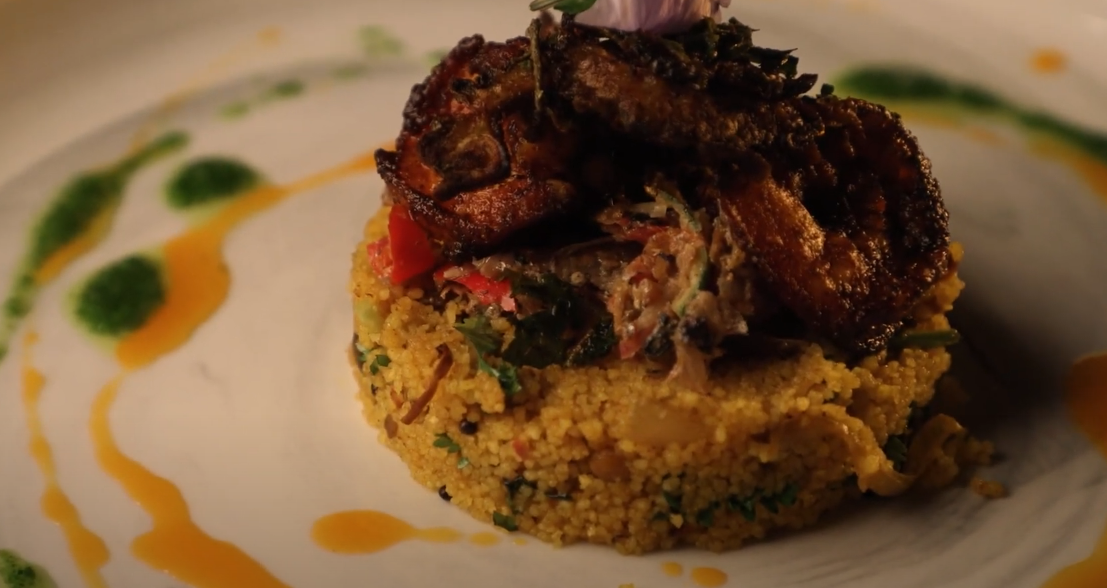 The episode picked up from the previous episode, where home cook Sukumaran faced off mentee Chef Renu in the battle of the Prawn dishes. It was soon revealed that Chef Renu’s Indian-styled Prawns defeated Sukumaran’s Stir-Fried Prawns. The panel of judges comprising of Chefs Albert, Anand, Thanabalan and SR Bala, as well as celebrity guest Thavanesan chose Chef Renu’s dish over Sukumaran for the diverse flavours in her dish. With Sukumaran’s journey cut short in the competition, the arena invited a new entrant – introducing home cook Vickneswari!

The 41-year-old housewife was born and raised in Malaysia and has experience in cooking various cuisines. Her forte was said to be delicious Kampong-styled dishes. In the first round, Vickneswari took on mentee Chef Robin for another battle of Prawn dishes. Vickneswari decided to prepare Prawn Tang Hoon Noodles, while Chef Robin chose to cook Sambar-infused (lentil-based vegetable stew) couscous with Stir-Fried Prawns. 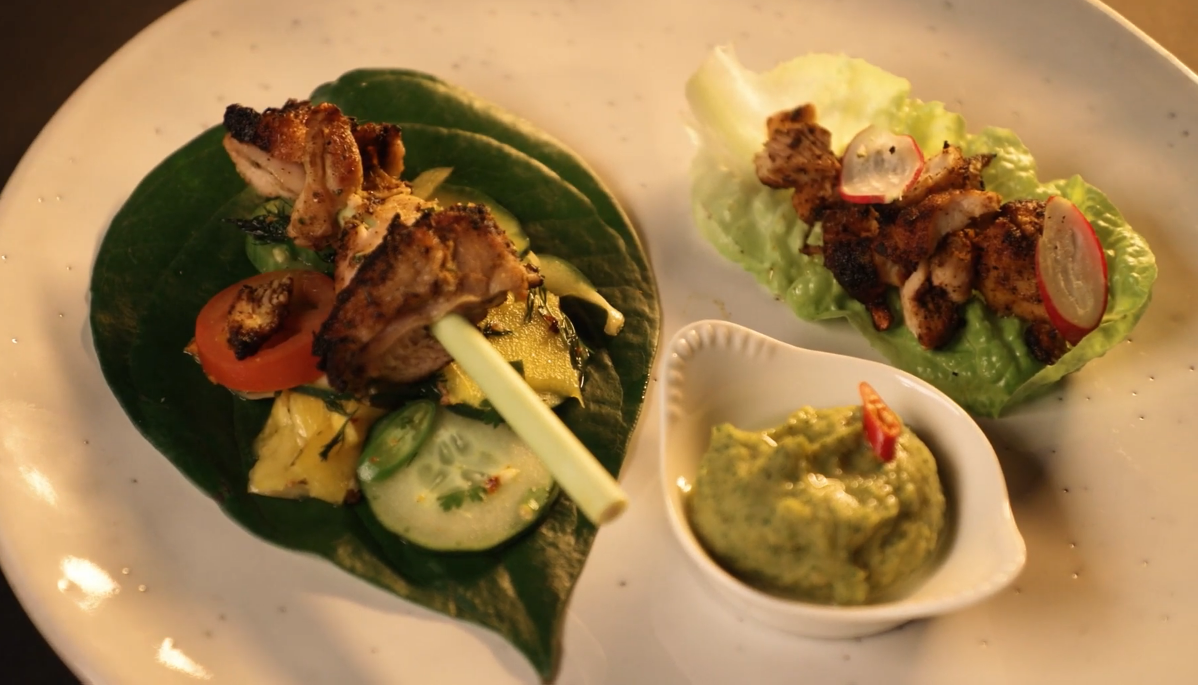 As soon as Chef Robin entered the arena, Vickneswari threw a surprise attack towards Chef Robin. This surprise attack left Chef Robin to incorporate bitter gourd into this dish. Chef Robin took on this challenge, and both contestants cooked a storm in their respective workstations and presented their dishes to the judges. Vickneswari introduced her Prawn Tang Hoon Noodles with a side of flower-shaped cucumber slices, while Chef Robin showcased his Sambar-infused Couscous with Stir-Fried Prawns and toppings of crispy anchovies. Though both contestants received positive comments, the judges felt that Chef Robin’s dish lacked in flavour. This led the home cook to win the first round of the competition.

Now, the home cook was set to face off mentor Chef Anand in the second round. At this point, celebrity guest Thavanesan took his leave, and the multi-talented Karthikeyan entered the competition as the new celebrity guest judge. For the first time in Raja Kaiya Vecha’s history, we saw two new special judges in the panel – mentor Chefs Khalid and Pung from King of Culinary’s Malay and Chinese series, Raja Kulinari and San Ba Dao, respectively.

With new expectations set forth from the new guest judges, both contestants were determined to put up a tough fight. Vickneswari chose chicken as her main ingredient and began preparing her Lemongrass Chicken Rice, while Chef Anand decided to prepare a Two-way Chicken dish. Few moments into the round, Vickneswari tossed a surprise attack towards Chef Anand, which left mentee Chef Renu to cook Chef Anand’s dish for 10 minutes, while he had to be away from the workstation. Once the 10 minutes was up, Chef Anand returned to the arena and continued cooking his dish. Both contestants raced against time and displayed their tantalizing dishes to the panel of judges.

Vickneswari showcased her scrumptious Lemongrass Chicken Rice to the judges and Chef Anand described his delectable Two-way Chicken dish, which included a Chermoula-marinated Chicken with lettuce and hummus and Thai Chicken Skewers with Asian Salad. Before viewers could find out who emerged as the winner of this round, the episode came to a halt…Who would emerge as the winner? Will it be home cook Vickneswari or mentor Chef Anand? Find out in the next episode of Raja Kaiya Vecha on October 8.