Changi Airport Terminal 4 handled more than 1.6m passengers and over 9,400 flights since opening

The new Terminal 4 (T4) of Changi Airport has handled more than 1.6 million passengers and over 9,400 flights since its operational opening on October 31, 2017, stated a release issued by Changi Airport Group (CAG) today.

Changi Airport welcomed its first new airline for the year to T4 – JC (Cambodia) International Airlines on January 25, 2018 which commenced a daily service to Phnom Penh.

“With the launch of this new daily service, capacity on the Singapore-Phnom Penh route has increased by 25 per cent to 38 weekly services offering about 6,400 one-way seats. It is also the first Cambodia-based carrier to operate scheduled services to Singapore since 2005,” said CAG. 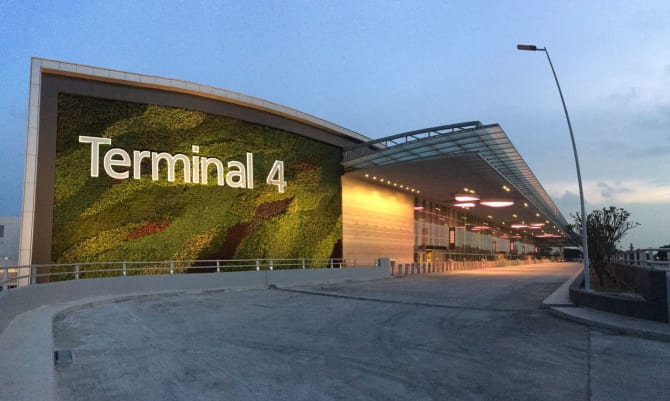 The step of VietJet Air to move to T4 will allow for expansion of its operations at Changi Airport, with the terminal providing the necessary room for growth. It also reduces the need for its passengers to be bussed from remote gates to the terminal.

JC (Cambodia) International Airlines and VietJet Air will operate a total of 28 weekly services out of T4, bringing the total passenger flow at the terminal to more than 8.3 million passengers per annum.