An accident of a bus which was on its way from Oman to Dubai has killed 17 people and injured three, according to Dubai police.

The bus had 31 passengers and the cause of the accident is still being investigated. Twelve of the people who lost their lives were Indian nationals, according to the Consulate General of India in Dubai on Twitter.

The vehicle was owned by government-owned transport company Mwasalat which confirmed the accident in a statement on Twitter. 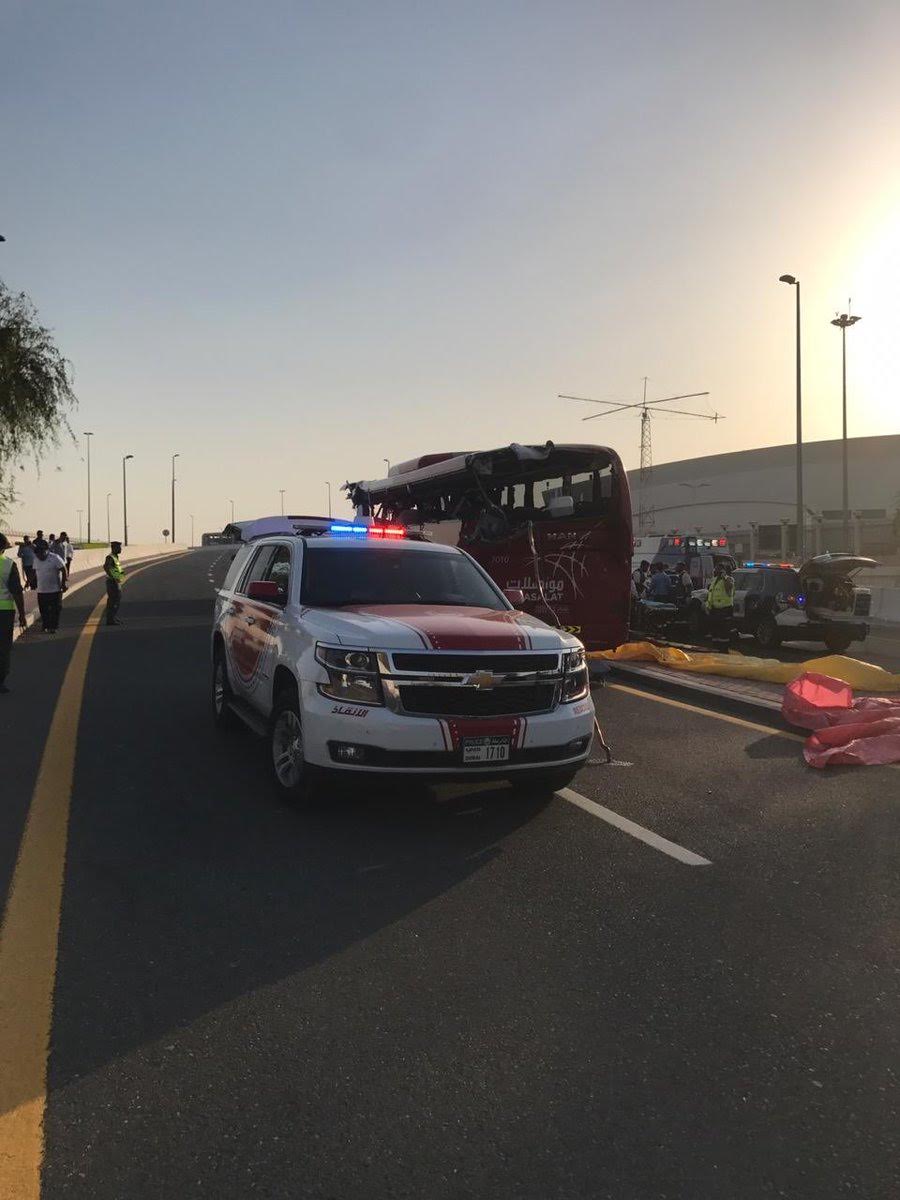 A traffic bus with 31 passengers on board of the Sultanate of Oman on Sheikh Mohammed bin Zayed Road, specifically (Al Rashidiya outlet) to the metro station, resulting in the death of 15 passengers of different nationalities and serious injuries to 5 other people. Photo courtesy: Dubai Police, Twitter

The company said it was in direct contact with Dubai authorities to look into the incident. It has suspended trips from Muscat to Dubai.

"Our Consulate expresses sincere condolences to the families of those who passed away in this tragic accident. CG alongwith other officials and community members met the concerned relatives as well as hospital and police authorities late in the night to assure of all help," Consulate General of India Dubai (CGI Dubai) said.

"We will update the exact details as soon as they become available from local authorities," CGI Dubai said.