From memes to memos, first reactions to the Indian Budget 2022 are in full flow across the nation. While politicians have been sniping at each other all day over the potential implications and the corporate sector seems to be largely pleased with the Budget, trends on social media have been expressing disappointment at the unchanged income tax rate and slabs and lack of post-COVID financial relief measures for the middle and salaried class. 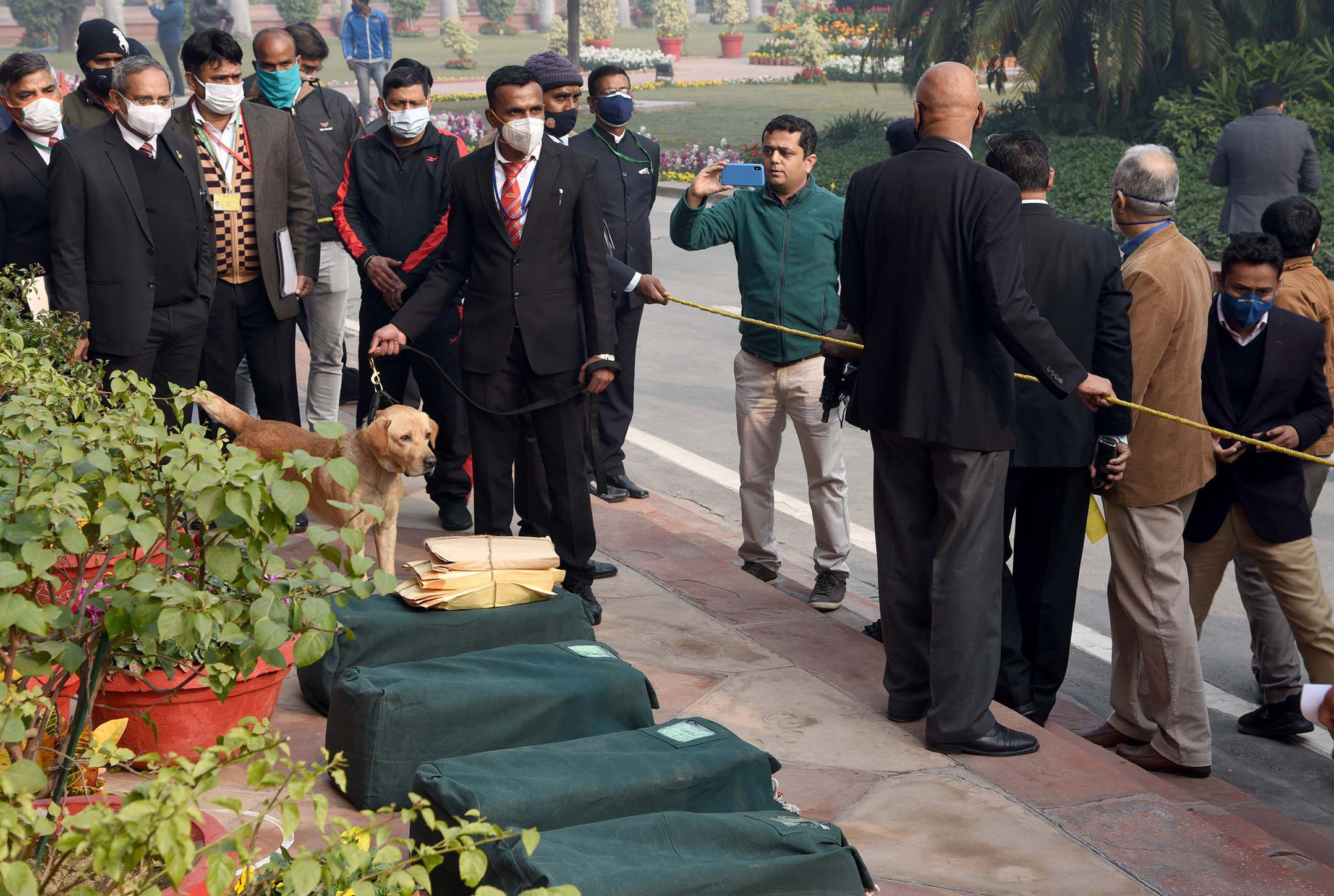 Indian Prime Minister Narendra Modi said that the "Budget this year has come with a new confidence of development amidst the once-in-a-century calamity” in his address to the nation today. Photo courtesy: PIB

Indian Finance Minister Nirmala Sitharaman's announcement of a proposed blockchain digital rupee and 30 per cent tax on cryptocurrency profits has also been some of the most popular fodder for memes on the web.

On Twitter, 'Middle Class' and 'income tax' trended big time as people analysed the Budget and flooded the microblogging platform with memes and jokes. Indian Prime Minister Narendra Modi said that the "Budget this year has come with a new confidence of development amidst the once-in-a-century calamity” in his address to the nation today.

Let's take a look at some of the reactions from Indians across different sectors:

Narendra Modi, Indian PM: “This Budget has brought a new confidence of development in the midst of the once-a-century terrible calamity of COVID-19. This Budget, along with strengthening the economy, will create many new opportunities for the common man. Measures like special fund for encouraging new agriculture startups and package for food processing industry, will help in increasing income of farmers. India’s MSME sector will be greatly benefitted by the reservation of 68 per cent of the Defence Capital Budget for the domestic industry. 7.5 lakh crore rupees worth of public investment will give new push to the economy and create new opportunities for small and other industries.”

The Budget outlines the Government’s focus on Atamnirbharata and Prime Minister Shri @narendramodi’s vision for development and pro people reforms.

It is a growth oriented Budget focused on harnessing the energies of New India. #AatmanirbharBharatKaBudget

Mallikarjun Kharge, Congress leader and Leader of Opposition in the Rajya Sabha: “The Budget is only for the rich, it has nothing for the poor. It's Arjuna and Dronacharya's budget, not Eklavya's (in a reference to Mahabharata). They also mentioned cryptocurrency, which doesn't have any law, nor has it been discussed before. The Budget is benefitting their friends.”

Himanshu Parekh, Partner, Tax, KPMG in India: "Budget 2022 is an inclusive and growth oriented Budget, catering to the needs of every sector. The proposal to introduce digital currency using blockchain technology will give an impetus to the digital banking sector. The Finance Minister laid to rest the conundrum around taxation of virtual digital assets by introducing a 30% tax on income from transfer of such assets. Directionally, it was a good Budget aimed at pump priming the economy, ramping up government expenditure and stimulating growth in the economy."

Gopalakrishnan Padmanabhan, MD, Southeast Asia & Middle East, GBCI: “The Union Budget for FY 2022-23 is growth oriented in its outlook. It is a good shot in the arm for the economy as it focuses on capital expenditure without leaving behind the nation’s commitment to transition to clean and green energy. From a real estate point of view, the continuance of the PMAY scheme to provide affordable housing to 8 million identified beneficiaries is a welcome decision. While we applaud the Government’s efforts in presenting a pragmatic budget, we truly hope that the real estate and infrastructure sector will focus on delivering green and sustainable projects as well as making existing structures greener which will ensure our transition to net zero in the leadup to India@100.”

Kalpesh Parmar, Country General Manager, Mars Wrigley, India: “The Budget for FY 2022-23 is setting the path for a digital economy. To build a digitally inclusive society, we welcome the focus on financial, technological inclusion and digital infrastructure spending. This will stimulate holistic development, in rural as well as urban markets. The increase in provision allocated to the Rural Infrastructure Development Fund will have a positive impact on raising rural employment and eventually consumption through higher disposable incomes.”

Kamal Khetan, Chairman and MD, Sunteck Realty Ltd: "The budget is a capex-oriented budget, covering all major macro-economic growth engines, that includes infrastructure, housing and MSME sectors. The government’s focus on the creation of 80 lakh affordable housing units by 2023 and allocation of INR 48,000 crore towards the PM Awas Yojana, will go long way to support housing and allied sectors."

Atul Keshap, president, US-India Business Council: Overall, the initiatives show India’s continued commitment to enhancing productivity, creating jobs, and capitalising on nine per cent projected growth to integrate into global value chains. The announcement of a 35 per cent increase in capital expenditure is a significant step forward, especially after the substantial increase in the prior budget. But phasing out customs exemptions without lowering tariffs on imports like medical devices, medicines, agricultural products and steel risks slowing India’s desire to be a global competitor and may constrain its access to global markets and their large quantities of investment capital."

Situation of middle class 👇😀
who eagerly waiting for the good news regarding #incometax in #Budget2022 #BudgetBytes #Budget #BudgetDay pic.twitter.com/sLNXPgqaNh

(This is a developing story. More updates to follow)