The best New Year gift! Shankar Balasubramanian a British-Indian professor of chemistry and DNA expert at Cambridge University has been honoured with Knighthood by Queen Elizabeth II.

As per his citation, "Solexa sequencing, as it is now known, allows an individual genome to be sequenced in a day or two at a cost of less than 1,000 pounds; previously, sequencing the human genome took years of work and cost billions. His work has spawned an entirely new discipline of Bioinformatics." 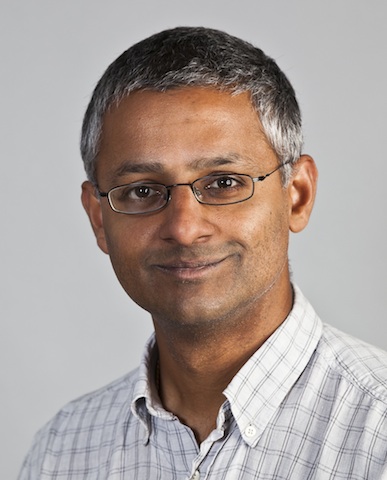 Shankar Balasubramanian is among the Olympic stars - Andy Murray and Mo Farah who made it to 2017 New Year Honours list. Photo courtesy: Wikipedia

Shankar, 50, has been honoured for his work as a co-inventor of Next Generation DNA sequencing, described as the most transformational advance in biology and medicine for decades.

"More recently, he has made major contributions to understanding the role of DNA-quadruplexes in cancer and invented a method for the sequencing of epigenetic modifications," read his citation.

Shankar Balasubramanian is among the Olympic stars - Andy Murray and Mo Farah, British track and field athlete Jessica Ennis-Hill who made it to 2017 New Year Honours list. The list also includes names from the from the showbiz, including actors Mark Rylance and Patricia Routledge.