The Covid-19 disruption could not have come at a worse time for Los Angeles based musician Aditya Prakash, who "loves to perform in front of live audiences." The launch of his uniquely titled album Diaspora Kid having coincided unfortunately with the spiral of escalation of the Corona pandemic.

“I just released my album, Diaspora Kid on March 20 and had a tour to celebrate the album and connect with audiences in the USA but that was all cancelled due to COVID. It was a tough blow to me, as it is something I was planning and looking forward to for a while,” Aditya, an Indian-American and a graduate of UCLA, told Connected to India.

Despite USA being one of the worst impacted countries, Aditya soon reconciled and saw positives in the forced hiatus. “I have been slowing down my day more. Enjoying yoga, exercise, tea outside in my garden, hearing the birds chirp endlessly, cooking, cleaning and organising more,” he said.

Aditya had recently partnered with one of Singapore’s upcoming artists Sushma Somasekharan for her e-album Sa.

Choosing music as a career

A career as an artist was not foreign to me, as I grew up around artists. I decided to take it up around the age of 16-17.

My biggest influence was my mother Viji Prakash (A Bharatanatyam dancer/teacher/choreographer, who started the first dance school in LA in the 1970s) and the other was Pandit Ravi Shankar. (Sitar maestro and famous Indian musician and  composer of Hindustani classical music).

I had the rare fortune of touring and working closely with Raviji from the age of 15 and he is the one who advised me to delve into Indian music professionally.

His words solidified the dream to be a full-time musician - to hear the vote of confidence from an all-time legend was all I needed to push me into this field. 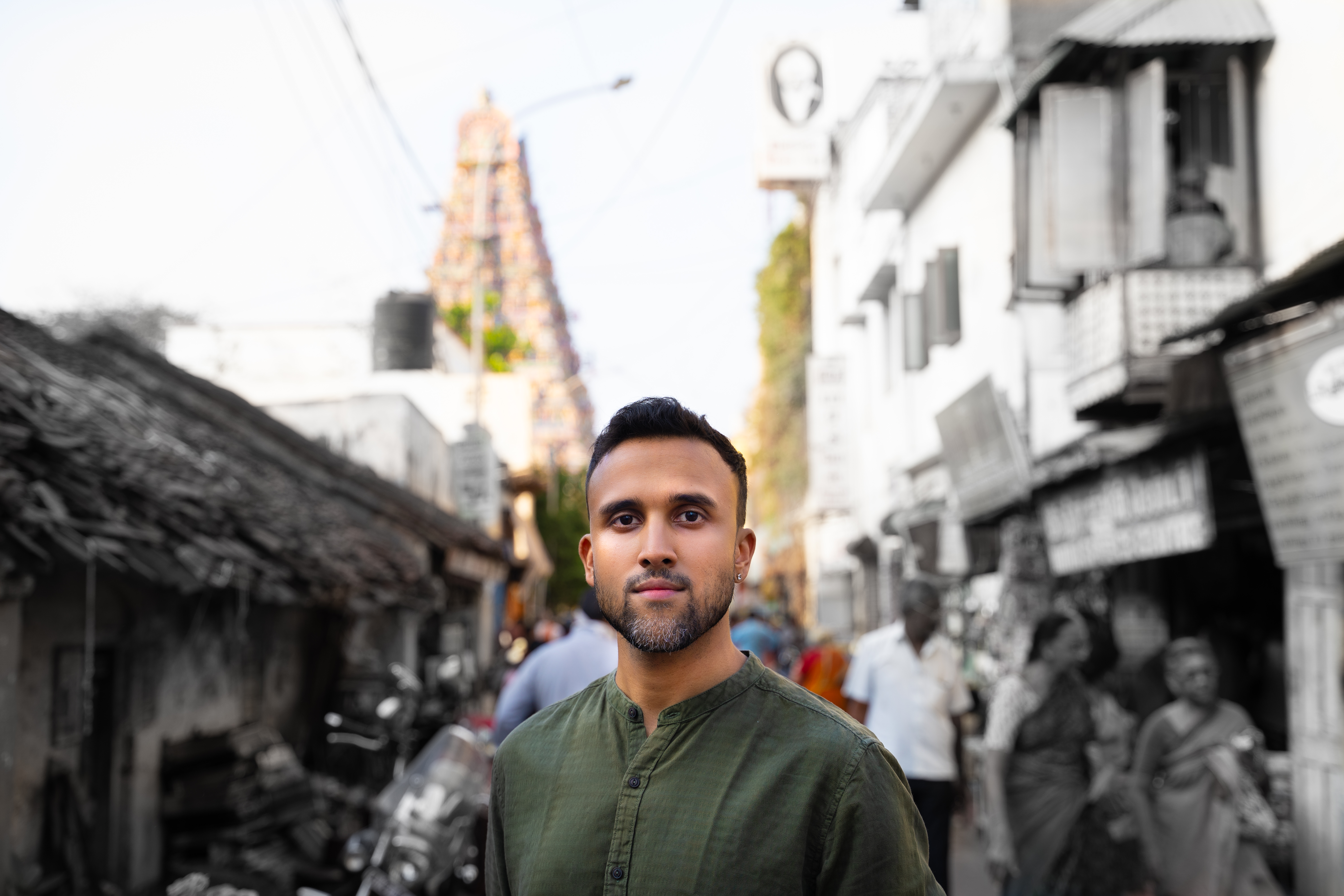 In his childhood Aditya was a purist who believed there shouldn't be fusion between Carnatic and ‘other music’.Photo Courtesy: Sushma Somasekharan

The influence of different genres of music

In my childhood I was a purist. Carnatic was Carnatic and other music was other music and there was no room in between. The idea of fusion did not interest me at all.

But as I began traveling more and meeting more musicians from different backgrounds my preconceived notions began breaking down. I also think technology - being able to stream music from around the world in an instant - was a game changer.

We could hear music from Africa that we never would have before, and maybe that could inspire a South Indian musician to compose a melody based off a traditional African melody; or maybe it can be a launch-pad to look deeper into another tradition, when one sees the similarities and points of commonality between disparate styles of music. 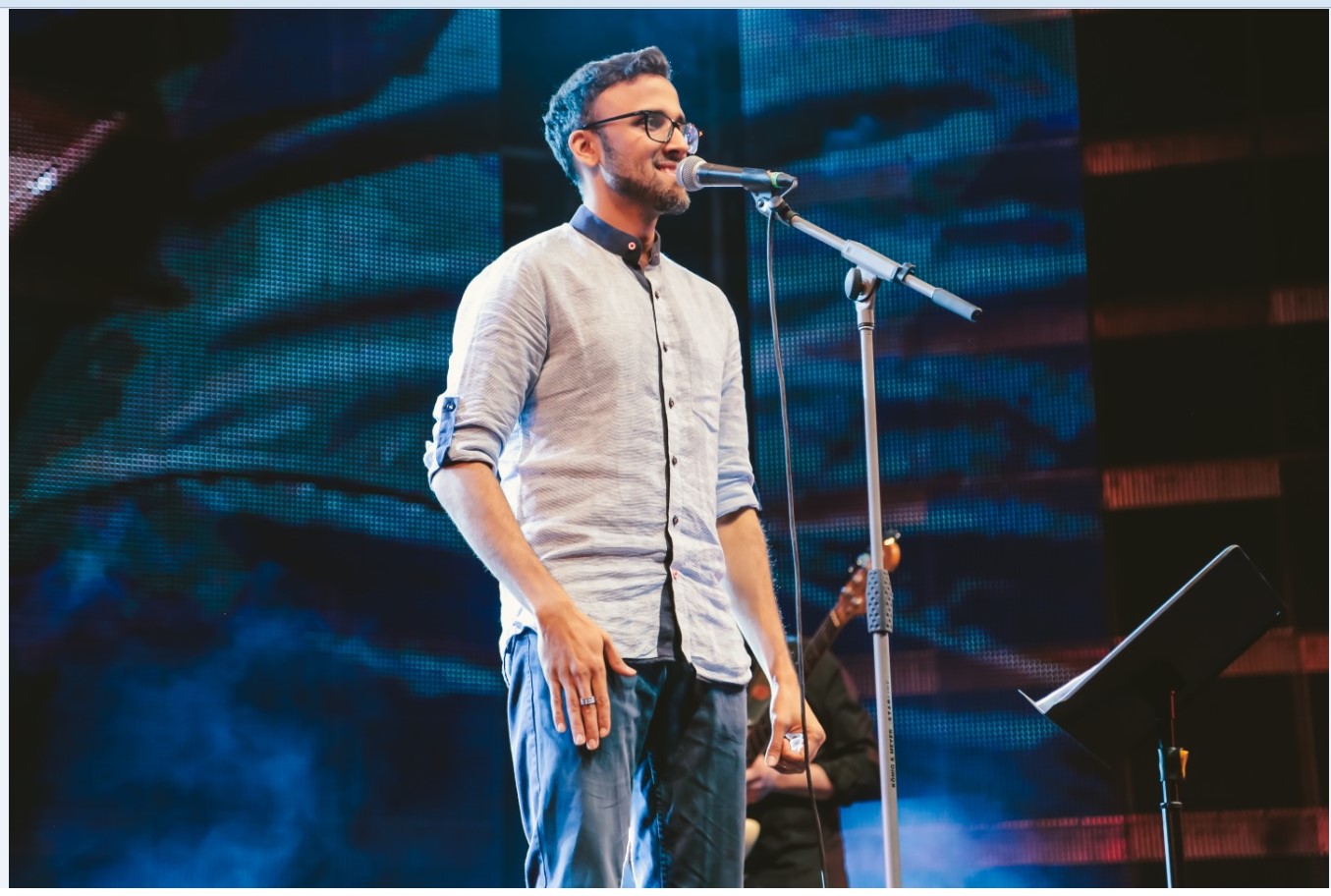 Globalization and technology advancements are making way for e-releases which won't be stopped even by a global disruption such as COVID. Photo Courtesy: Aditya Prakash .

The role of pop culture in popularising Indian art forms

There's no doubt that pop culture can popularise Indian art forms. And I do think we see the clear cut lines between both genres starting to fade. I don’t think it is necessarily a good or bad thing.

Globalization and technology advancements are making way for such developments.

It is nice to bring Indian art to a new audience, but I think the way it has to be done must be well-thought of and genuine. For instance, I don't think just converting a pop melody verbatim and just changing the notes to Indian solfege (swaras) with slight gammakams or ornamentation is novel; instead, maybe taking a motif or a theme from a pop melody and developing that the same way you would a raga is something with more depth. 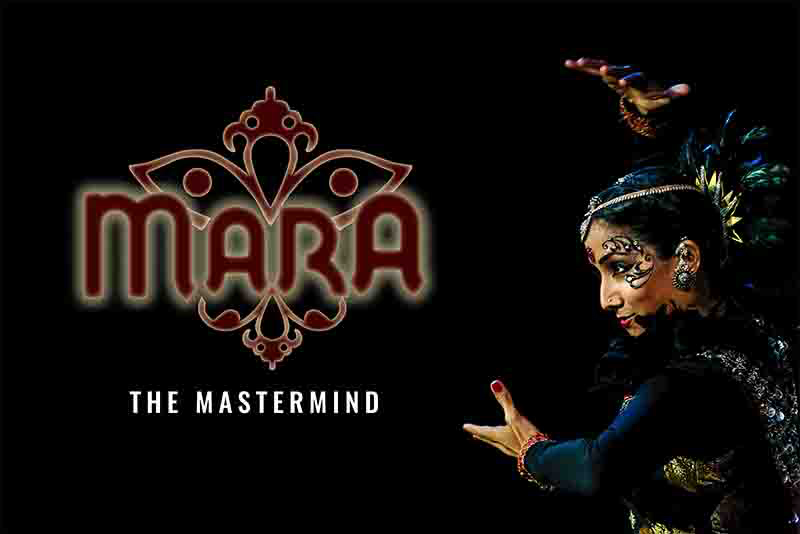 The idea of expanding Indian art to a new audience is a very exciting endeavor and it is something that I look to do in my contemporary work.

However, I don't think the classical art form in its purest sense is meant to be for the masses the same way pop forms are, and I think we must accept that.

For me, I began being more open to pop and Indian art colliding. For instance, two of my songs from my album MARA are inspired from pop songs - Alicia Keys ("Fallin") and Usher ("Yeah") - believe it or not! The songs are “Vasheebava” and “Battle Begins” respectively.

Today we are seeing more and more covers of pop songs and many YouTube channels dedicated to just producing this kind of material meant for an audience who loves pop and loves Indian art and want to find a way to marry both in one.

Music on his playlist

I listen to anything that places an importance on melody and emotion and if there are interesting rhythms on top of that then I'm SOLD!

Besides Carnatic, Hindustani, Sufi and various Indian folk styles, I listen to so many other random styles.

I listen to artists/bands like TM Krishna, Tigran Hamasyan, Radiohead, Tool, Camaron de la Isla, Abida Parveen, Semmangudi Srinivasa Iyer, Ravi Shankar, Kumar Gandharva, Nils Frahm, among many others. As you can see it's a bit random and varied!

My music is more influenced by different sounds and music from around the world, obviously mostly influenced by the sounds of India which are closest to me.

Locking in one or two genres in particular does not do justice to the random variety of my musical predilections.

I think this is the way of the world - borders and barriers are being blurred. People are exposed to much more.

Even in cuisine we have cultures like Korean and Mexican food joining forces! So why can't Indian music meet hip hop, jazz, flamenco, pop, folk? It is the way of the world!