DOST, directed by debutant film director Charan Singh and starring Aditya Mazumdar, Gautam Marathe, Shivanu Shukla and Viral Patel has been released on YouTube as part of the #BDNP Initiative. The script is written by award winning director Shilpa Krishnan Shukla with Remya Warrier as Director of Photography.

The is one of eight films as part of the #BDNP Jump collaboration between Black Dabba Productions, an initiative by Shilpa Krishnan Shukla and Shivanu Shukla, and The Navya Project launched by Mansi Maheshwari Patel and Viral Patel, to nurture independent zero-budget filmmaking in Singapore.

DOST is a 16-minute long short film in Hindi and English, about four friends relaxing over an evening of drinks, until one of them breaks some news that shakes things up. 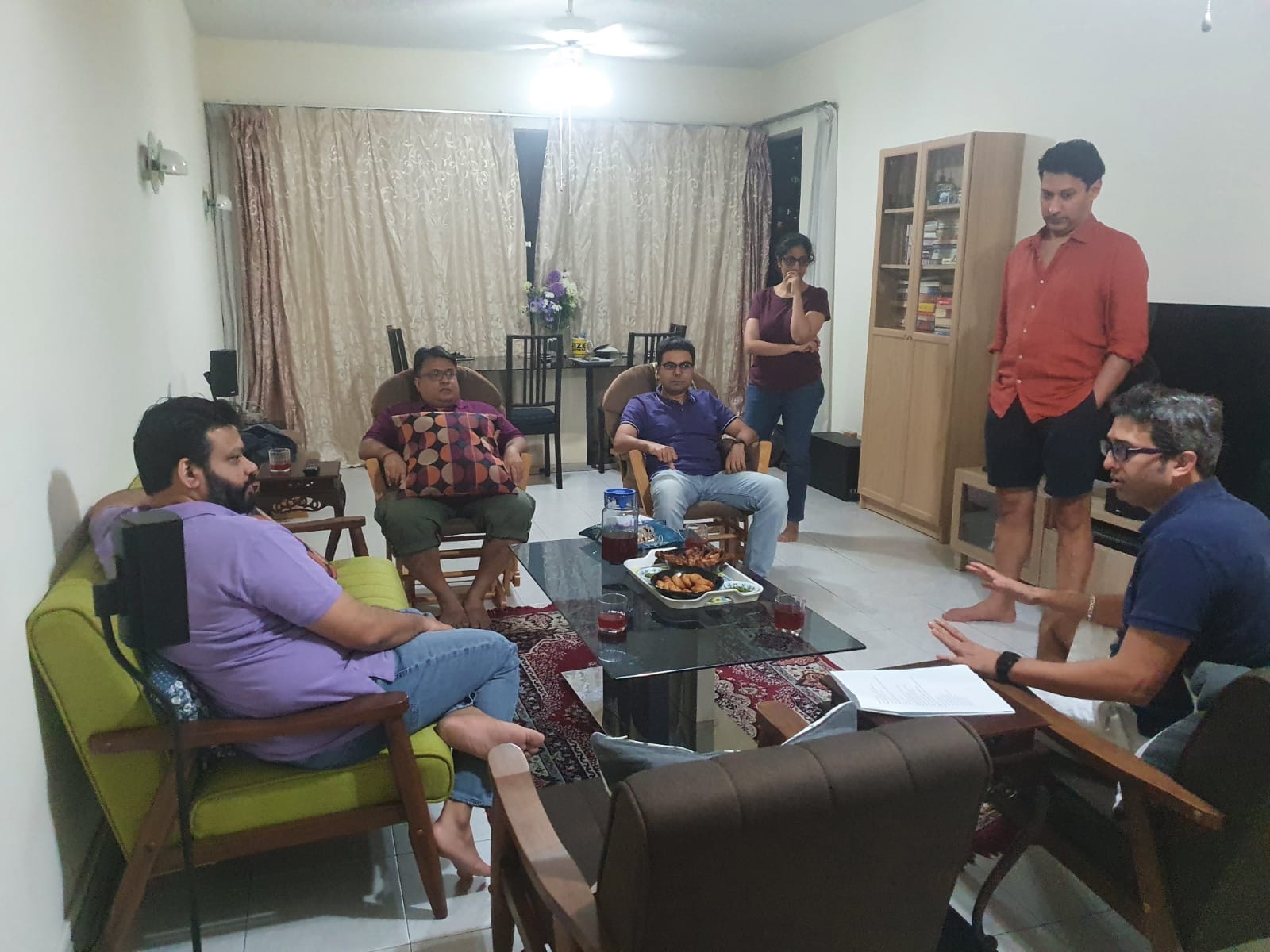 The cast and crew of DOST during rehearsals. Photo courtesy: BDNP Jump

Charan Singh began his acting career in 2010 in London on stage where he performed over 10 plays in three years. His shipping career brought him to Singapore and he restarted acting again in 2016 by doing several plays. He was cast in Shilpa Krishnan Shukla’s award-winning film Tashi in 2018 which earned him the Best Actor award in the 2018 Calcutta Cult Film Festival in Kolkata, India. Singh also directed the acclaimed theatrical stage presentation of Caught in the Net just before the COVID-19 circuit breaker in Singapore last year.

Two films as part of the #BDNP Jump initiative have already been released. Vesta, released in 2019 and directed by Mathew Jenif Joseph, told stories based on the concept that asteroid Vesta will be hitting Earth in 7 days. Mini, released early this May, directed by Uma Kalyani, told the story of a curious young girl that loves to solve mysteries.

In an interview with Connected to India, Charan Singh shares his experience of debuting his first film as part of this initiative.

C to I: How did you get involved with the BDNP initiative?

Charan Singh: Shilpa contacted me and told me about the project and also told me that she would like me to be one of the Directors. Then she sent me the script, which I liked and the rest is history.

C to I: Singapore’s arts and culture scene seem to have heated up a lot in the last few years. What was your inspiration for your short film?

Charan Singh: My inspiration for the film was the script itself. Besides that, as my script is about four friends meeting for an evening of drinks, food and fun, I could draw inspiration from many such evenings I have enjoyed with my own friends.

C to I: What exactly does minimalist and zero budget filmmaking involve?

Charan Singh: It involves minimalist or zero expenses in making the film. So most resources used in my film like actors, technicians, locations, etc were all at zero cost. But there were some minimal expenses incurred in post production because this is truly something only professionals can do.

C to I: What challenges did you face while filming in Singapore amidst the COVID-19 pandemic?

Charan Singh: The main challenge was of course not being able to meet the cast for rehearsals, so these were mainly done on Zoom. Besides that, during the days of the shoot, the maximum number of people that were allowed to meet was limited to 5, which meant during the shoot we did not have any extra pair of hands-on location.

C to I: What do you feel is the most unique aspect of your short film? What is your plan for the future?

Charan Singh: The most unique aspect of my film ‘Dost’ is really the script and the story which is quite relatable by a lot of people. It's not in the realm of impossible fantasy. For now, the future plans are to promote the film so that many people can watch it and have a laugh.

C to I: What was it like working with Shilpa Krishnan Shukla and her script? What did your collaboration involve?

Charan Singh: It was a steep learning curve to work with Shilpa. She has the patience of a saint when it comes to dealing with a slow-on-the-uptake rookie like me because I knew nothing about filmmaking. So my collaboration with her involved her guiding me at every step of the way.

C to I: Anything else you’d like to add?

Charan Singh: Just a big thank you to Shilpa, Black Dabba Productions and The Navya Project for giving me this opportunity. Thank You! 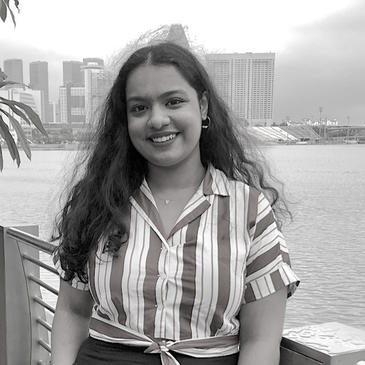