The Asian Civilisations Museum's (ACM) first display of contemporary Singapore fashion, exploring creative practice in Singapore in the context of Asia’s cultural heritage’s is set to launch from Friday. 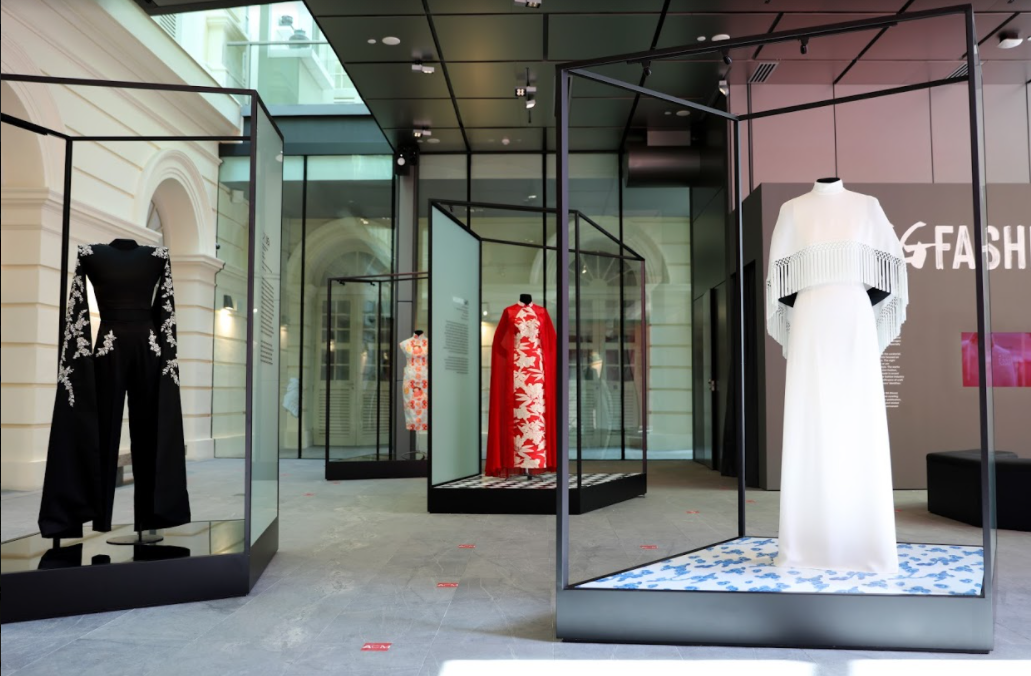 The anchor display of Singapore’s fashion identities is located at the Contemporary Gallery in the heart of the museum. Photo courtesy: Asian Civilisations Museum

The showcase, branded #SGFASHIONNOW, is presented in collaboration with LASALLE College of the Arts’ School of Fashion and the Textile and Fashion Federation (TaFF).

“It is our first display of contemporary Singapore fashion, and in typical ACM fashion, we explore creative practice in Singapore within the context of Asia’s cultural heritage. It is made possible by way of a first-time, multi-party collaboration between museum, community and industry," Kennie Ting, Director of ACM and the Peranakan Museum, said.

He added that he hoped the exhibition would encourage new ways of thinking about the question “What is Singapore fashion?” from the perspective of Singapore’s essence as a multi-cultural, cosmopolitan port city. #SGFASHIONNOW will also be held in 2022.

The anchor display of Singapore’s fashion identities is located at the Contemporary Gallery in the heart of the museum. 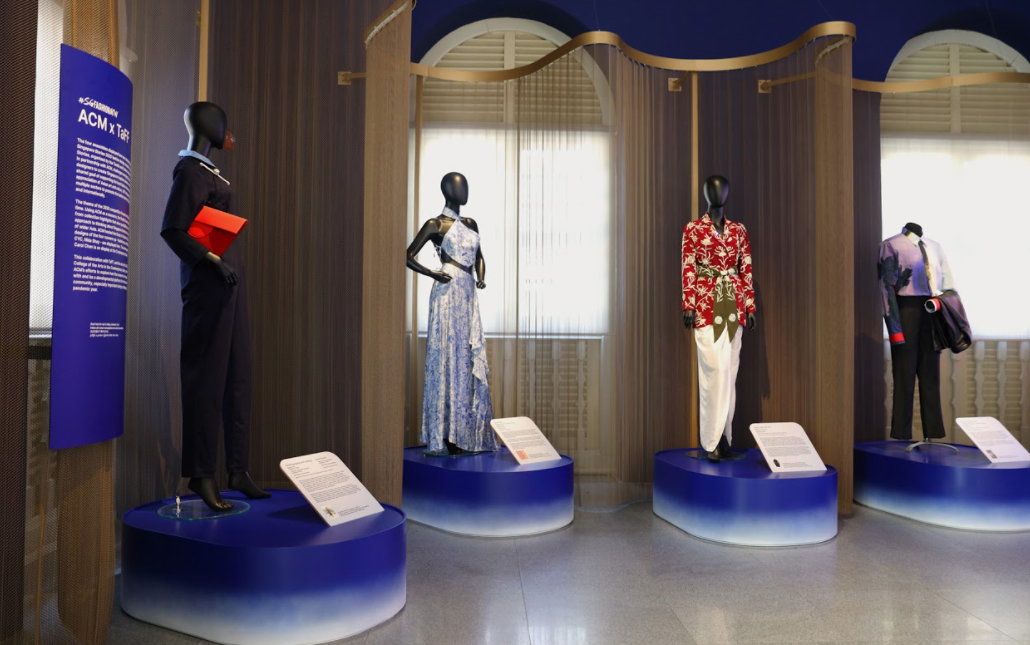 The chosen designers drew from the rich heritage of fashion, craft, and cultural ideas of Singapore and Asia, an official statement read.

Emerging designers were selected alongside established veterans to highlight contemporary applications of traditional craftsmanship and ideas for the modern, international audience.

The display is set to showcase some of the wide range of approaches in craft and ideas taken by diverse designers in contemporary Singapore fashion.

“Partnerships such as this between industry and education play a crucial role in cultivating the next generation of Singapore’s fashion designers and curators,” Steve Dixon, president of LASALLE College of the Arts, said.

Visitors can view the four ensembles of the #SGFASHIONNOW: ACM x TaFF display in the lobby. Presented by 2020 finalists of Singapore Stories, Singapore’s national fashion design competition, the designs pay tribute to the heritage of Singapore fashion and envision its future. 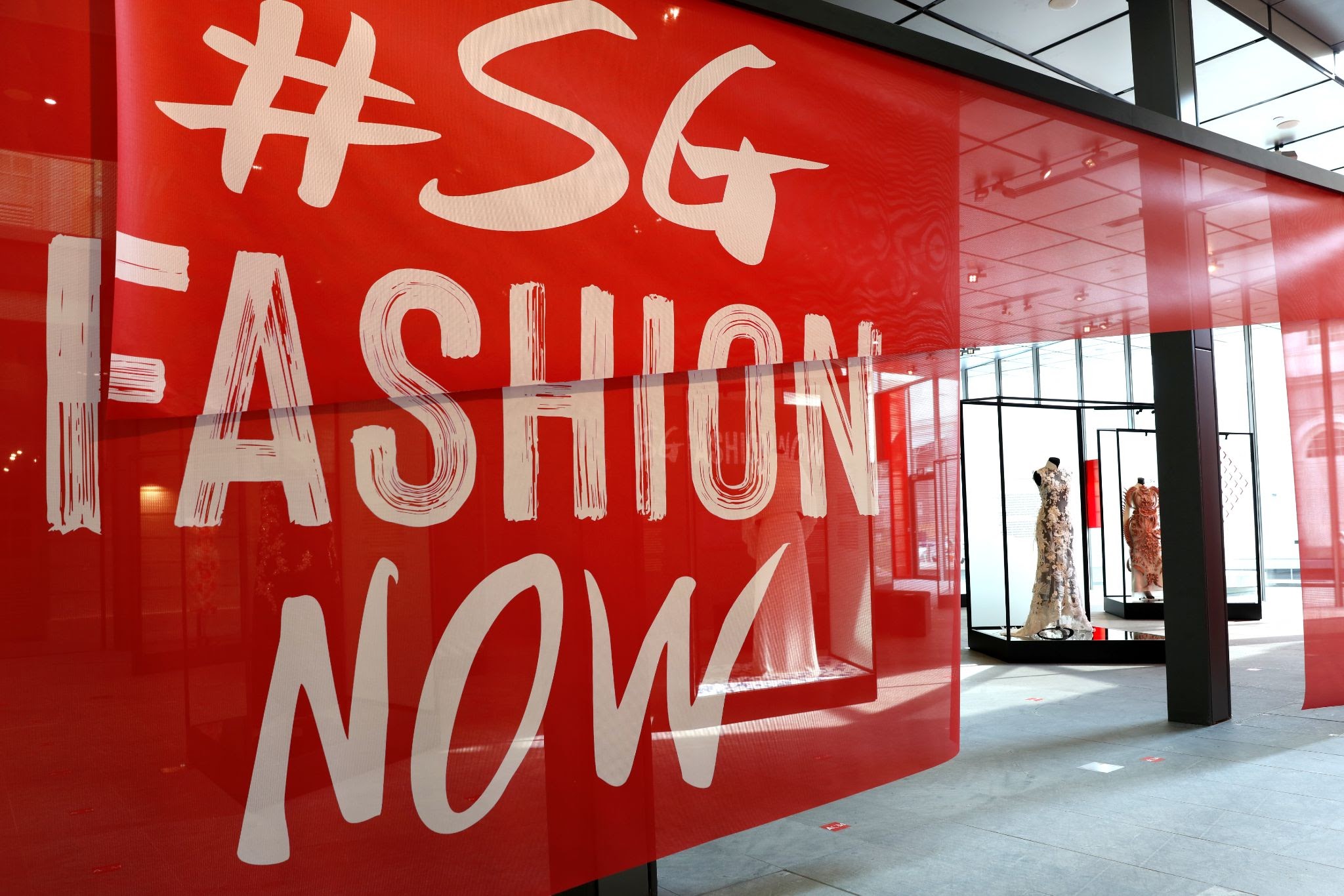 “Through the learnings and interpretation from ACM artefacts, the Singapore Stories contestants are encouraged to create a truly Singapore-inspired capsule,” Semun Ho, Chief Executive Officer of TaFF, said.

“TaFF’s vision is to position Singapore as the innovative fashion hub of Southeast Asia through three key areas of focus: Technology and Innovation, Sustainability, and Asian Craftsmanship,” she added.

Members of the public will also have access to a series of student curator tours, interactive activities and workshops focusing on fashion, craft, and design available online and onsite. Entry is free for Singaporeans and Permanent Residents.