Indian Prime Minister Narendra Modi will have a discussion with US President Joe Biden to further strengthen the bilateral ties between the two nations as well as about regional developments and contemporary global issues. 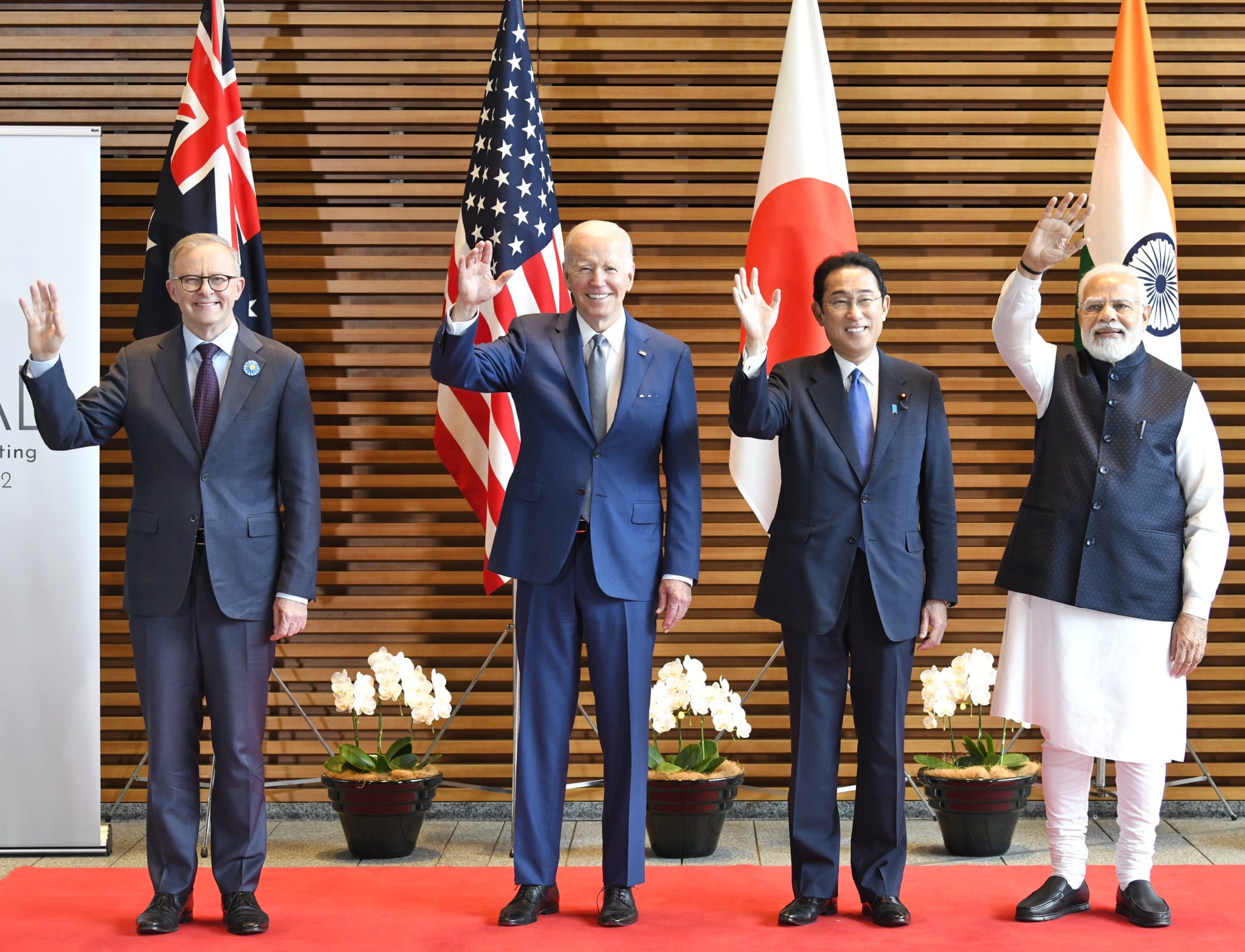 Joe Biden will have a constructive and straightforward” conversation with Modi on the “impact” of Russia’s “brutal invasion of  Ukraine”, US National Security Advisor Jake Sullivan said ahead of their bilateral meeting on the sidelines of the Quad Leaders’ Summit in Tokyo today.

Responding to questions on India’s ban on wheat exports, Sullivan told reporters on Air Force One, the US President’s aircraft, “Food security will be a topic of conversation at the Quad.”

The discussion on Ukraine between Biden and Modi “won’t be a new conversation”, Sullivan said. “It will be a continuation of the conversation they’ve already had about how we see the picture in Ukraine and the impacts of Russia’s brutal invasion of Ukraine on a wider set of concerns in the world, including this food security concern.”

The American NSA said the two leaders have already had the opportunity to engage on the issue of Ukraine, and Biden had an extended discussion with Modi at the virtual Quad Summit in March, the Indian Express reported.

“And they also got to speak about it when they had a short video bilateral meeting at the top of the 2+2 when the Indian ministers came to Washington,” he said.

“So, they’ll talk all of that through. And I will leave the specifics of it to what has been a set of private and constructive exchanges, and I expect that this will similarly be constructive and straightforward,” Sullivan said.

Modi, who left for Tokyo on Sunday night, said in a pre-departure statement, “I will hold a bilateral meeting with President Joseph Biden, where we will discuss further consolidation of our multifaceted bilateral relations with the US. We will also continue our dialogue on regional developments and contemporary global issues.”

In his statement, Modi said, “In Japan, I will…participate in the second in-person Quad Leaders’ Summit, which will provide an opportunity for the leaders of the four Quad countries to review the progress of Quad initiatives. We will also exchange views about developments in the Indo-Pacific region and global issues of mutual interest.”

Prime Minister Albanese would join the Quad Leaders’ Summit for the first time, Modi said. “I look forward to a bilateral meeting with him during which the multifaceted cooperation between India and Australia under the Comprehensive Strategic Partnership, and regional and global issues of mutual interest will be discussed.”