The Sri Lankan government has removed state of emergency curbs, nearly two weeks after it was imposed amid economic and anti-government protests. 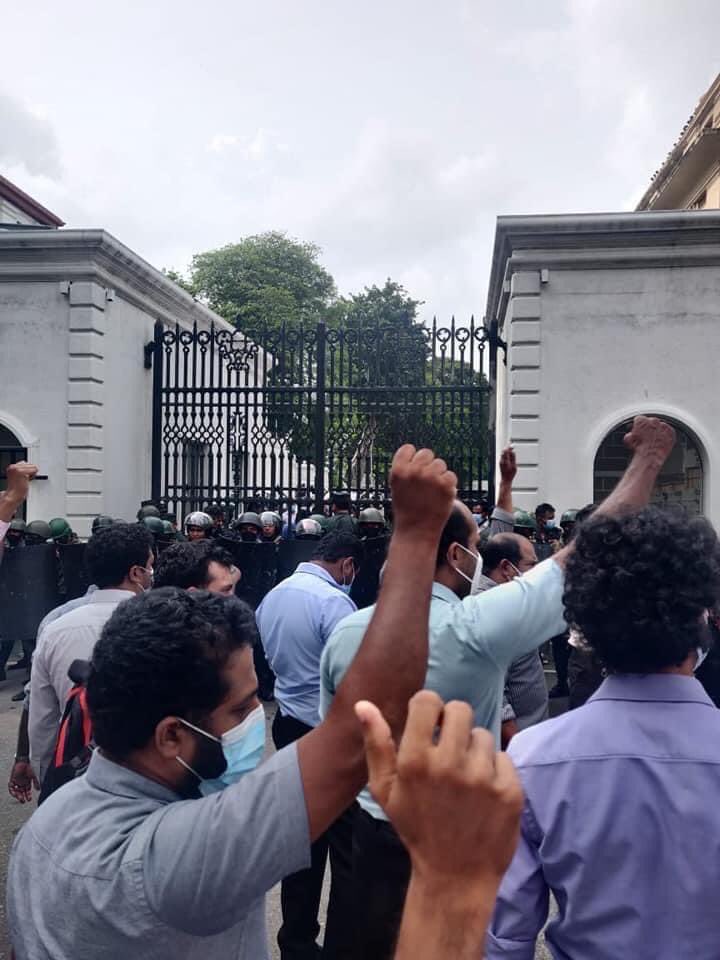 The move was taken with the improvement of the law and order situation in the island nation. Photo courtesy: Twitter/@Vidiyallk

Embattled Sri Lankan President Gotabaya Rajapaksa had declared a state of emergency with effect from May 6 midnight, the second time in just over a month amidst growing countrywide anti-government protests over the economic crisis, the NDTV reported.

The Presidential Secretariat stated that the state of emergency has been lifted with effect from Friday midnight.

The move was taken with the improvement of the law and breaorder situation in the island nation.

The state of emergency gave the police and the security forces sweeping power to arbitrarily arrest and detain people.

The president's decision to declare the emergency had come amidst weeks of protests demanding his resignation and the government, blaming the powerful Rajapaksa clan for mishandling the island nation's economy, already hit by the pandemic.