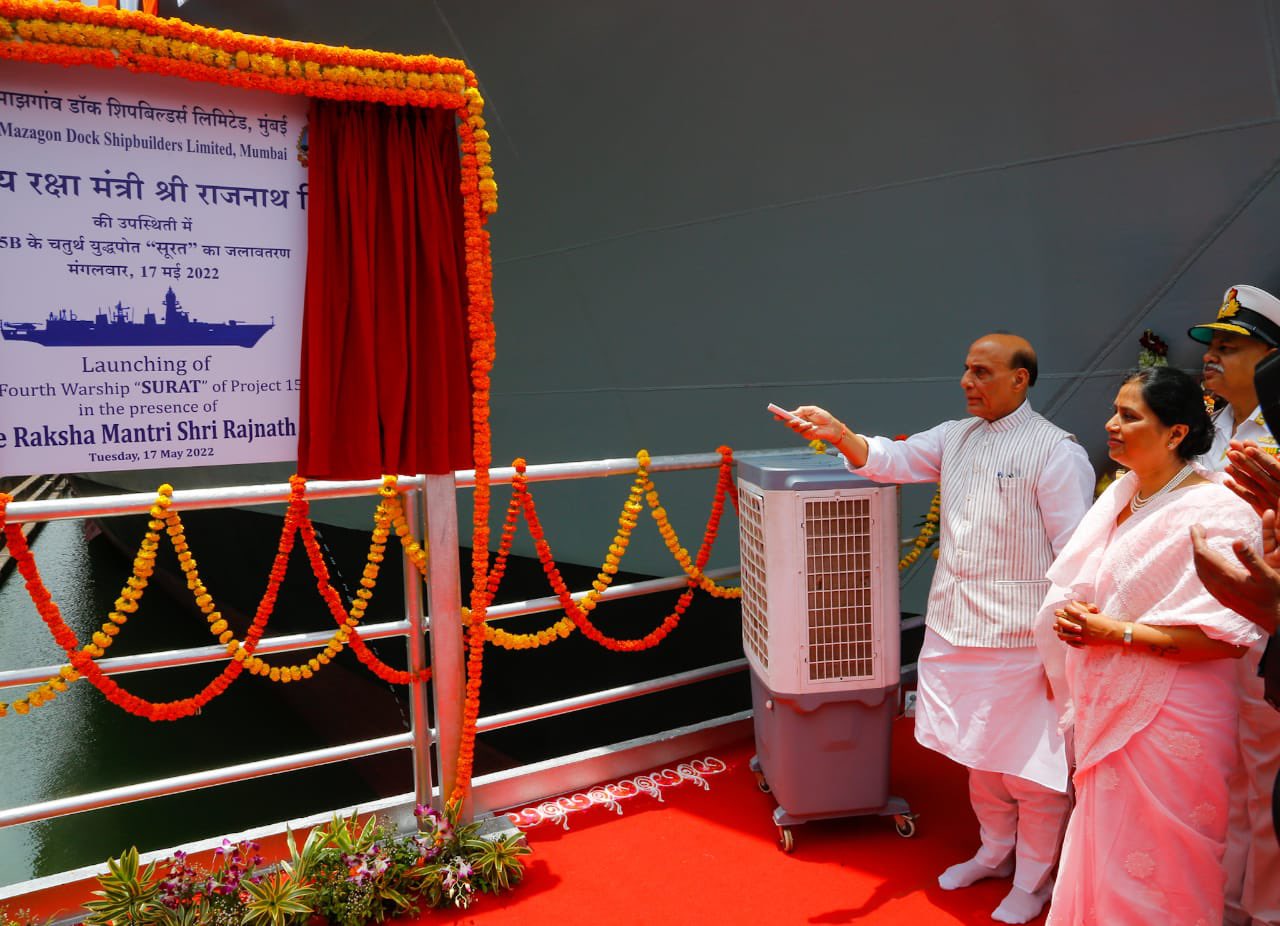 Rajnath Singh, in his address, described the warships as an embodiment of the government’s unwavering commitment to enhance the country’s maritime capability. Photo courtesy: Twitter/@rajnathsingh

'Surat' is the fourth guided missile destroyer of P15B class, while 'Udaygiri' is the second stealth frigate of P17A class. Both warships have been designed in-house by the Directorate of Naval Design (DND) and built at MDL, Mumbai.

Rajnath Singh, in his address, described the warships as an embodiment of the government’s unwavering commitment to enhance the country’s maritime capability, with the focus on achieving ‘Aatmanirbharta’, at a time when the world is witnessing disruption in the global supply chain due to Covid-19 and the Russia-Ukraine conflict.

He also congratulated the MDL for continued ship production activities despite the pandemic and for meeting the strategic requirements of the Indian Navy in the current geo-political scenario.

'Udaygiri', named after a mountain range in Andhra Pradesh, is the third ship of Project 17A Frigates. It is a follow on of the P17 Frigates (Shivalik Class) with improved stealth features, advanced weapons and sensors and platform management systems, the navy said.

The new warship is the reincarnation of the erstwhile 'Udaygiri', the leander class ASW frigate, which saw numerous challenging operations in its illustrious service to the country, spanning over three decades from February 1976 to August 2007, it added.