Ahmed Kathrada, South Africa's revered Indian-origin politician, former political prisoner and anti-apartheid activist, who was one of Nelson Mandela's closest aides in his struggle to end the white minority rule, died in Johannesburg on Tuesday. 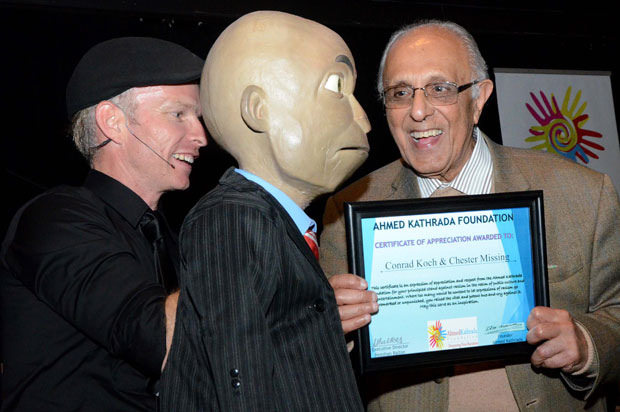 ​Kathrada, 87, died at the Donald Gordon Hospital of a cerebral embolism after complications during brain surgery, his foundation said.

Kathrada, who spent 26 years and 3 months in prison, was admitted to the hospital on March 4 initially for dehydration but doctors later picked up a clot on his brain.

After the operation, he had "experienced several health-related setbacks", the Ahmad Kathrada Foundation said.

Kathrada will be buried according to Muslim religious rights today at the Westpark Cemetery, Beyers Naude Drive, Johannesburg, the foundation said.

"This is great loss to the ANC (African National Congress), the broader liberation movement and South Africa as a whole. Internationally, he was staunch in his support for the Palestinian struggle," Neeshan Balton, Executive Director of the Ahmed Kathrada Foundation, said.

South African President Jacob Zuma condoled the death of Kathrada, praising him for serving "selflessly throughout his adult life".

"We are deeply saddened to learn this morning of the passing on of our dear friend and founding trustee, Ahmed Kathrada," said the Nelson Mandela foundation on Twitter.

"The death of a human being, whatever may be his station in life, is always a sad & painful affair; that of a noted public......." #Kathrada pic.twitter.com/gvXXJaXEpG

On July 11, 1963, Kathrada was arrested at the South African internal headquarters of Umkhonto we Sizwe (‘The Spear of the Nation’ - the military wing of the ANC) in Rivonia, near Johannesburg. Although Kathrada was not a member of Umkhonto we Sizwe, he became one of the accused in the famous Rivonia Trial, which started in October 1963. He was charged with sabotage and attempting to overthrow the government by violent means.

Kathrada was born in the small country town of Schweizer-Reneke in the Western Transvaal, the fourth of six children in a Gujarati Bohra family of South African Indian immigrant parents from Surat, Gujarat.

Due to the policies of the time, he could not be admitted to any of the ‘European’ or ‘African’ schools in the area and thus he had to move to Johannesburg to be educated. Once in Johannesburg, he was influenced by leaders of the Transvaal Indian Congress such as Dr Yusuf Dadoo, IC Meer, Moulvi and Yusuf Cachalia, and JN Singh.

At the age of 17 he left school to work full-time for the Transvaal Passive Resistance Council in order to work against the Asiatic Land Tenure and Indian Representation Act, commonly referred to as the "Ghetto Act", which sought to give Indians limited political representation and defined the areas where Indians could live, trade and own land.

Kathrada was one of the 2,000 volunteers imprisoned as a result of the campaign; he spent a month in a Durban jail. This was his first jail sentence for civil disobedience. Reportedly, he gave an incorrect age to the police so that he would not be treated as a juvenile, but sent to an adult prison instead. Later, he was elected as secretary-general of the Transvaal Indian Youth Congress.

A prolific writer, Kathrada penned and co-wrote six books. He is survived by his wife Barbara Hogan, also an ANC veteran.