College football has always had its ups and downs making it more and more exciting each season. Here are eight of the greatest upsets in football history

Upsets of any kind in sport can have serious effects on how the league plays out for specific teams, especially when it comes to college football. From record-breaking comebacks, winning streaks, slips, falls, and crashes, college football upsets have changed history, impacting the records for better and for worse. Here are eight of the biggest in history. 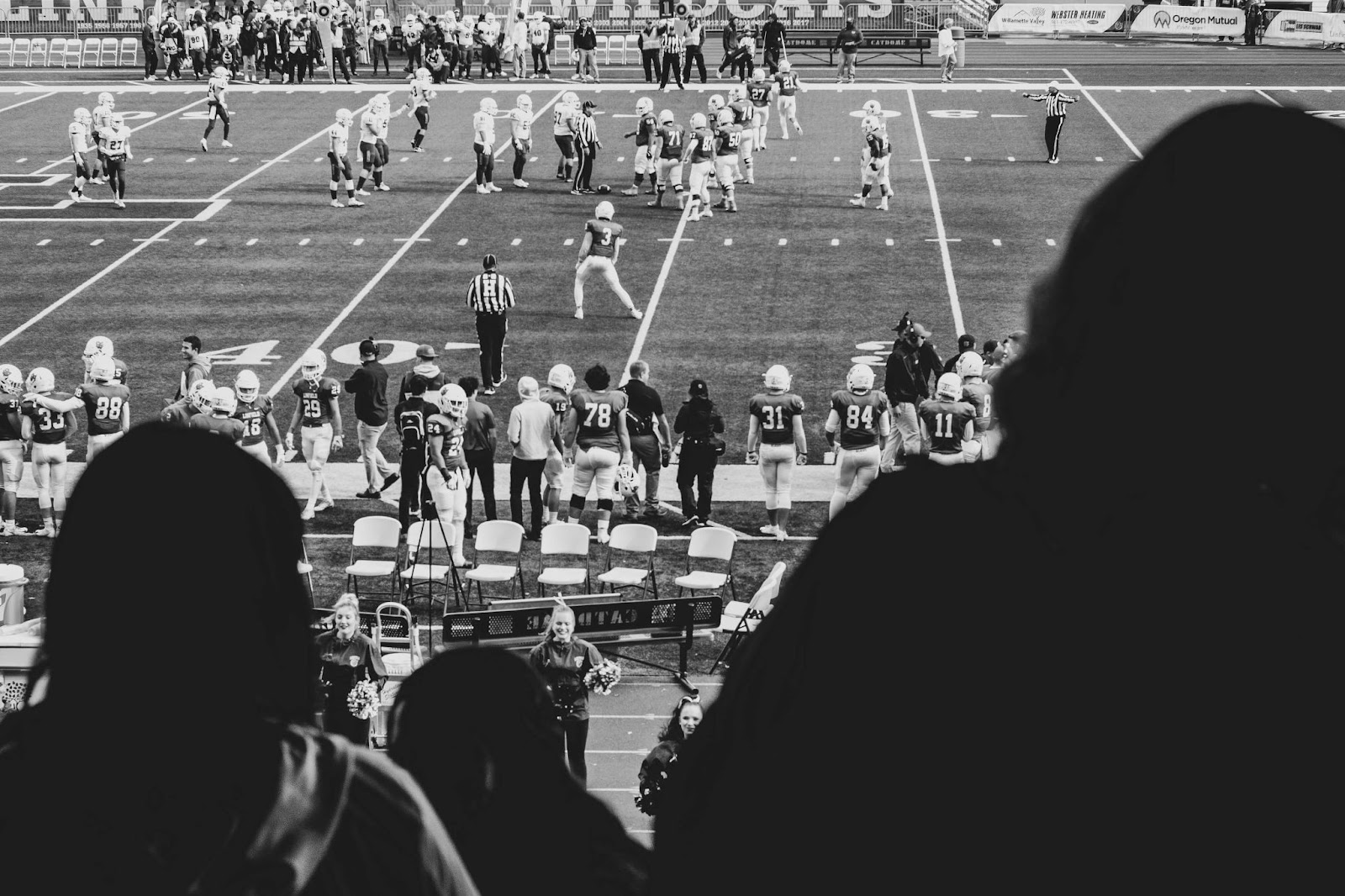 College football has always had its ups and downs. Photo courtesy: Unsplash

Tavita Pritchard started for the Cardinals for the first time as a redshirt sophomore, and Stanford was a 41-point underdog against USC going into the matchup. Stanford entered the matchup with a 1-3 record and a 7-year winless streak, while the Trojans entered the matchup riding a 35-game home winning streak. It was a game that the Trojans were expected to dominate, but 12 years later, it has become known as one of the biggest upsets in college football history. It took Stanford's 10-yard touchdown on fourth down with 49 seconds remaining in the fourth quarter to beat Ohio State in Jim Harbaugh's first game as head coach despite Stanford's five forced turnovers and an extra blocked point.

In October 1998, Temple was 0-26 on the road in Big East games and 1-6 overall, heading into its game against unbeaten and 14th-ranked Virginia Tech in Blacksburg, Va. Following a 17-0 opening quarter deficit, the Hokies practically chalked it up, especially against a Temple team with ten players making their first career starts, including freshman quarterback Devin Scott. In a come-from-behind win over Virginia Tech, Temple rallied behind Scott's 155 yards, and two touchdown passes to come from behind against the Hokies' fourth-best defense. This was Temple’s first victory against a ranked team for over a year. The history was made even more impressive with the number of injuries sustained through the entire team.

In 1926, Notre Dame faced Carnegie Tech at Forbes Field on a cold and snowy November day, having not been held to a point in its previous eight games. As a result, Knute Rockne decided not to show up to the game, trusting his assistant coaches to do the job because he was confident that his Fighting Irish would win smoothly and efficiently. In the second quarter, Carnegie Tech scored two touchdowns to lead 13-0 at halftime and sealed the deal with a goal-line stand in the fourth quarter. Notre Dame had won all of its last four meetings with Carnegie Tech by a combined score of 111-19, making the Tartans' 19-0 shutout another sweet victory. 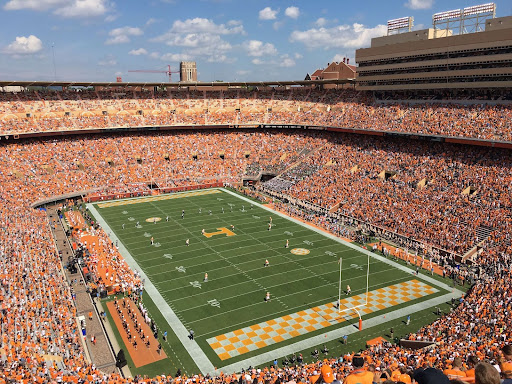 History had been made as this was the first time in 43 years that Midshipmen had won the longest-running non-conference college football rivalry game. Photo courtesy: Unsplash

During the annual game between Navy and Notre Dame in Notre Dame's stadium, Navy and Notre Dame broke one of the longest losing streaks in NCAA history after 43 years. While Notre Dame is traditionally one of the best college football programs, it had lost its first five games and was 0-7 entering the Midshipman game. In contrast, Navy was off to a decent start with a 4-4 record. Overall, it was a fantastic game.

The lead was extended with a fumble collection by Navy, allowing them to make a 16-yard touchdown taking the lead to 28-21. But, this wasn’t all done with the game; Notre Dame answered back with a touchdown bringing the game to a tie. Three overtime periods later, the game finally ended, with Navy reigning supreme with a 46-44 victory. History had been made as this was the first time in 43 years that Midshipmen had won the longest-running non-conference college football rivalry game.

This 2017 matchup between Howard and UNLV was so heavily favored that Las Vegas didn't even offer a point spread for it. In contrast, other betting agencies predicted Howard to beat UNLV by 45 points. In college football, this type of game is known as a guarantee game, when a small school is paid to travel to the stadium of a big school and nearly guarantees a win. Howard received $600,000 to beat UNLV. However, Howard surprised their FBS opponents by scoring three touchdowns and gaining 330 total offensive yards in a close 43-40 victory.

Between the FCS and FBS college football leagues, the FCS division seems to be relatively unnoticed. This is one of the reasons that this upset isn’t common knowledge to lovers of the sport. The 2018 opening game of the season saw Butler University come up against Youngstown State. The highly anticipated Youngstown State came into the 2018 season with lots of promise due to their great display the season before, while Butler, on the other hand, didn’t look favorable considering their previous 6-5 season.

On paper, Youngstate looked to be sure favorites with their roster, including 63 football scholarship athletes, while Butler had none. However, with just over nine minutes left to play, Butler was down 21-7 but managed to score twice to bring the game to just one point difference. Jeff Varis decided to go for a two-point conversion, but sadly, it missed, leaving Butler with just 1:20 on the clock, with the only option being an onside kick.

Amazingly, Butler recovered the kick to start them on their march towards the territory of the goal. With just 4 seconds remaining, Drew Bevelhimer completed a 44-yard field goal to take the Bulldogs to victory over Youngstown State in one of the best openers for some years. 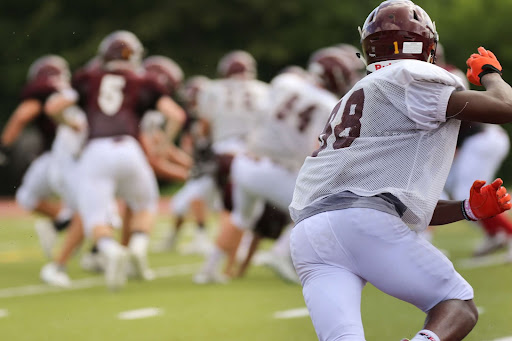 Virginia Tech was a powerhouse, while JMU was a huge underdog. Photo courtesy: Unsplash

They were considered one of the favorites to win the ACC; Virginia Tech, when entering the 2010 season ranked 10th in the country. After losing to Boise State in their season opener, the Hokies looked forward to facing FCS team James Madison in their next game. Virginia Tech was a powerhouse, while JMU was a huge underdog. The 21-16 victory over JMU came after they were outscored by a combined score of 90-0 in their previous two meetings. Quarterback Drew Dudzik scored a 12-yard touchdown run for the winning score. Virginia Tech strung together an 11-game winning streak and ended the season ranked 15th in the nation despite the loss, which Dudzik called the "biggest win in school history."

After finishing second in the nation in the 1984 season, Washington headed into the season opener against Oregon State with confidence, considering that Oregon State had lost its last two games by 97 points or more. Despite being 38 points underdogs and without a starting quarterback and leading receiver, the Beavers had an injury-plagued game against UW. Oregon State came back to take the lead and win the game with 1:29 left in the fourth quarter by intercepting the Huskies four times, blocking a punt, and recovering it in the end zone.