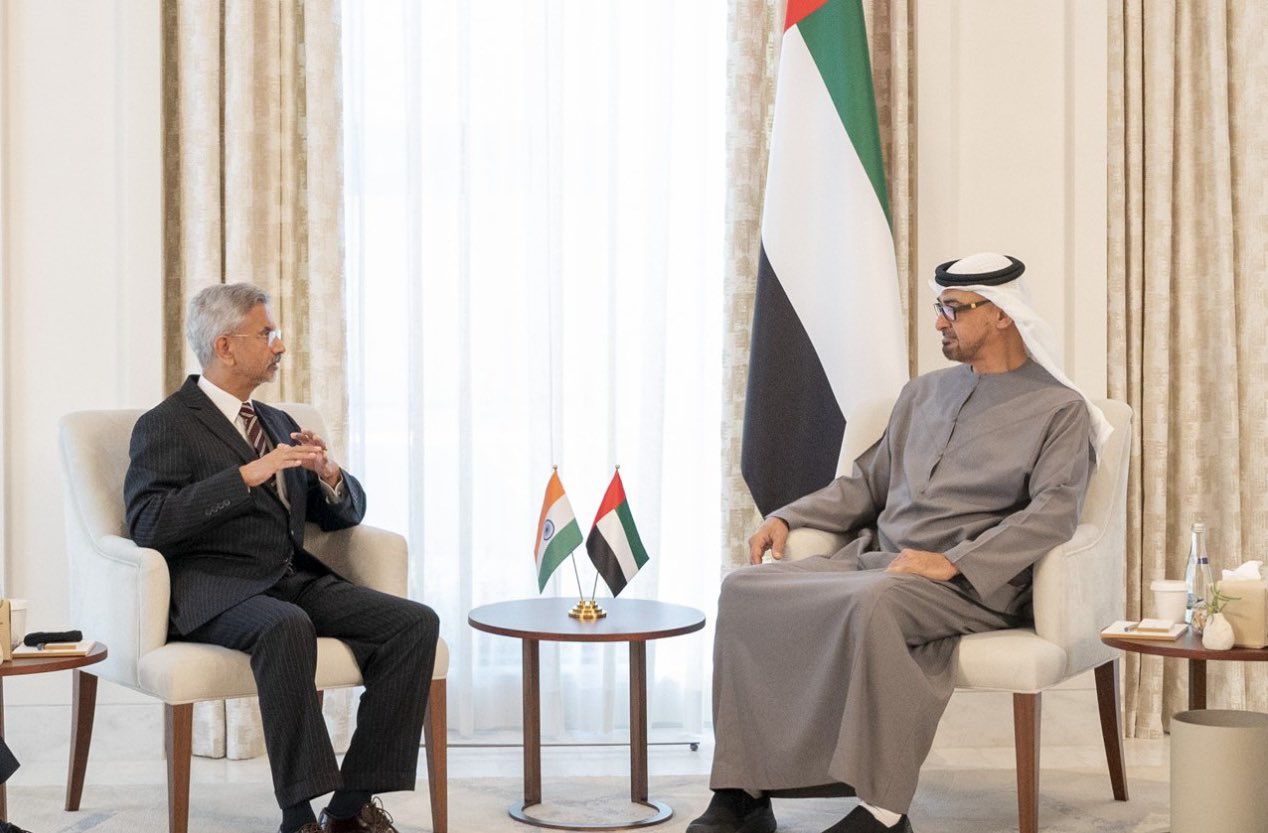 Sheikh Mohamed bin Zayed and Jaishankar exchanged views on a number of issues and the latest regional and international developments of mutual concern. Photo courtesy: Twitter/@DrSJaishankar

According to state media agency WAM, Jaishankar conveyed the greetings of Narendra Modi, Prime Minister of India to Sheikh Mohamed and his best wishes of more progress and prosperity for the UAE and further development for bilateral ties.

The Crown Prince of Abu Dhabi reciprocated his greetings to the Prime Minister of India and wished more development, progress and stability for the friendly people of India, Khaleej Times reported.

During the meeting, the parties discussed the strategic ties between the UAE and India and ways to boost them in the best interest of the two friendly peoples.

Sheikh Mohamed bin Zayed and Jaishankar exchanged views on a number of issues and the latest regional and international developments of mutual concern.

Jaishankar took to Twitter to thank Sheikh Mohamed and his valued guidance towards building partnership between the two countries.