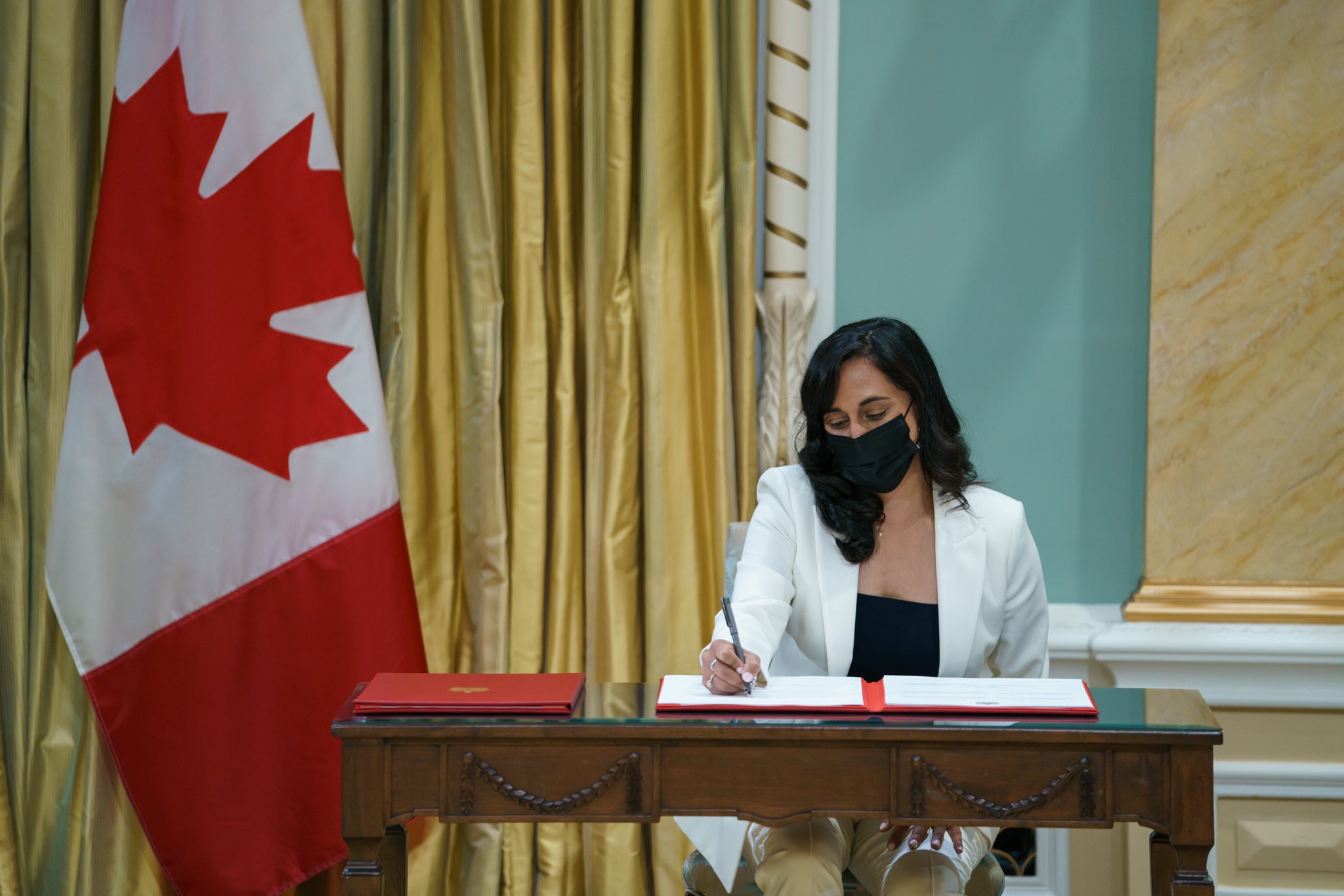 Anand has worked as a scholar, lawyer, and researcher. Phtoo courtesy: Twitter/@AnitaOakville

The 54-year-old from Oakville, Ontario is just the second woman to serve as Canada’s Defence Minister.

Earlier, she had served as procurement minister and led Canada's efforts to purchase vaccines in response to the Covid-19 pandemic.

In her role as former Minister of Public Services and Procurement, she played a very public role in the Liberal response to the health crisis.

Anand has worked as a scholar, lawyer, and researcher. She has been a legal academic, including as a Professor of Law at the University of Toronto.

Anand has completed extensive research on the regulation of financial markets, corporate governance, and shareholder rights. Anand, along with Sajjan and Bardish Chagger were the three Indo-Canadian ministers in the dissolved Cabinet who emerged victorious in the parliamentary polls last month.

Anand was declared the winner in Oakville with a nearly 46% vote share.

In 2019, the Royal Society of Canada awarded her the Yvan Allaire Medal for outstanding contributions in governance relating to private and public organisations.