Video of falling cat saved in US stadium goes viral

In a bizarre incident caught on video that went viral, a cat dangling from the upper balcony of a stadium in the US was saved when two good Samaritans untied their American flag from the hook and held it below the feline for a smooth fall. 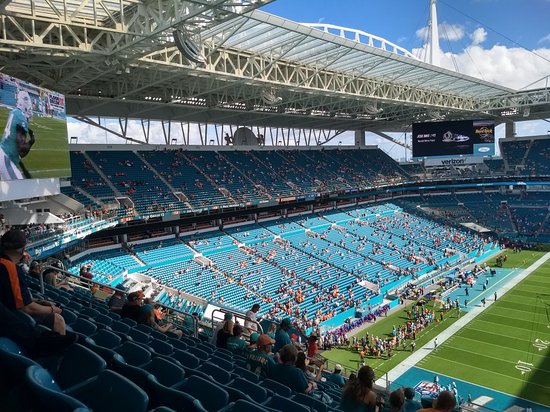 The cat is alive and in good health. Photo courtesy: TripAdvisor

This incident happened in Hard Rock Stadium of Miami, where people went to watch a college football match and experienced the unlikely event.

Craig Cromer and his wife Kimberly Cromer went to watch the football match, as has been their ritual for the last seven years. But this year they got a story they can tell for years to come.

While the couple's flag created the perfect cushion for the fall, another spectator picked the cat and raised it in the air. The cat is alive and in good health.