Indian-origin Conservative party Member of Parliament (MP) Suella Fernandes joined over 70 other MPs in accusing the BBC of "skewed" coverage of Brexit by "misrepresenting" the UK.
Fernandes, whose family is originally from Goa, is among the majority of Tory party signatories of a letter written by Tory MP Julian Knight to the BBC Director-General Lord Tony Hall. 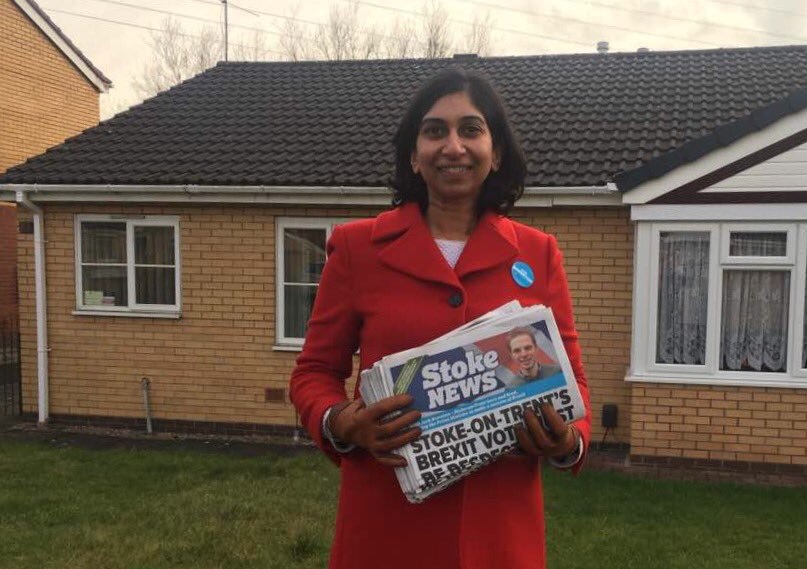 "It particularly pains us to see how so much of the economic good news we've had since June [2016] has been skewed by BBC coverage which seems unable to break out of pre-referendum pessimism and accept new facts," the letter read.
"BBC bias can have a substantial effect on national debate. We fear that, by misrepresenting our country either as xenophobic or regretful of the Leave vote, the BBC will undermine our efforts to carve out a new, global role for this country," the letter added.
A total of 72 MPs have signed the letter including 60 Tory MPs, three Labour MPs, eight DUP MPs, and Douglas Carswell, UKIP's only MP.
Knight said that he believed that the BBC had suffered a "collective nervous breakdown" over the result.

"If politicians and the public don't view it as an impartial broker, then the future of the BBC will be in doubt," his letter stated.

The MPs urged the BBC to take steps to "correct these flaws in the BBC's coverage of our EU exit at the earliest moment".

The BBC released a statement in response, in which director general Hall wrote: “Impartiality has always been the cornerstone of BBC News. It remains so today.” He claimed he first saw the letter when it was published in the newspapers.

Statement from Tony Hall, Director-General of the BBC, in response to today’s draft Charter: https://t.co/P3IyW1Z5Mq pic.twitter.com/ycLV0c6pZv

“We go to great lengths to ensure that we balance our coverage and address all issues from a wide range of different perspectives. It is one of the reasons why the public trusts the BBC more than any other source of news. I agree with you that these are consequential times. For that reason, it is more important than ever that the BBC’s journalism is independent of political pressure,” the statement read, and Hall added his support to the BBC’s political, economics and business editors – who are most often scrutinised for bias.

Senior insiders said that the BBC had been encouraged by the fact that the letter contained little evidence of the sort of bias it was accused of.