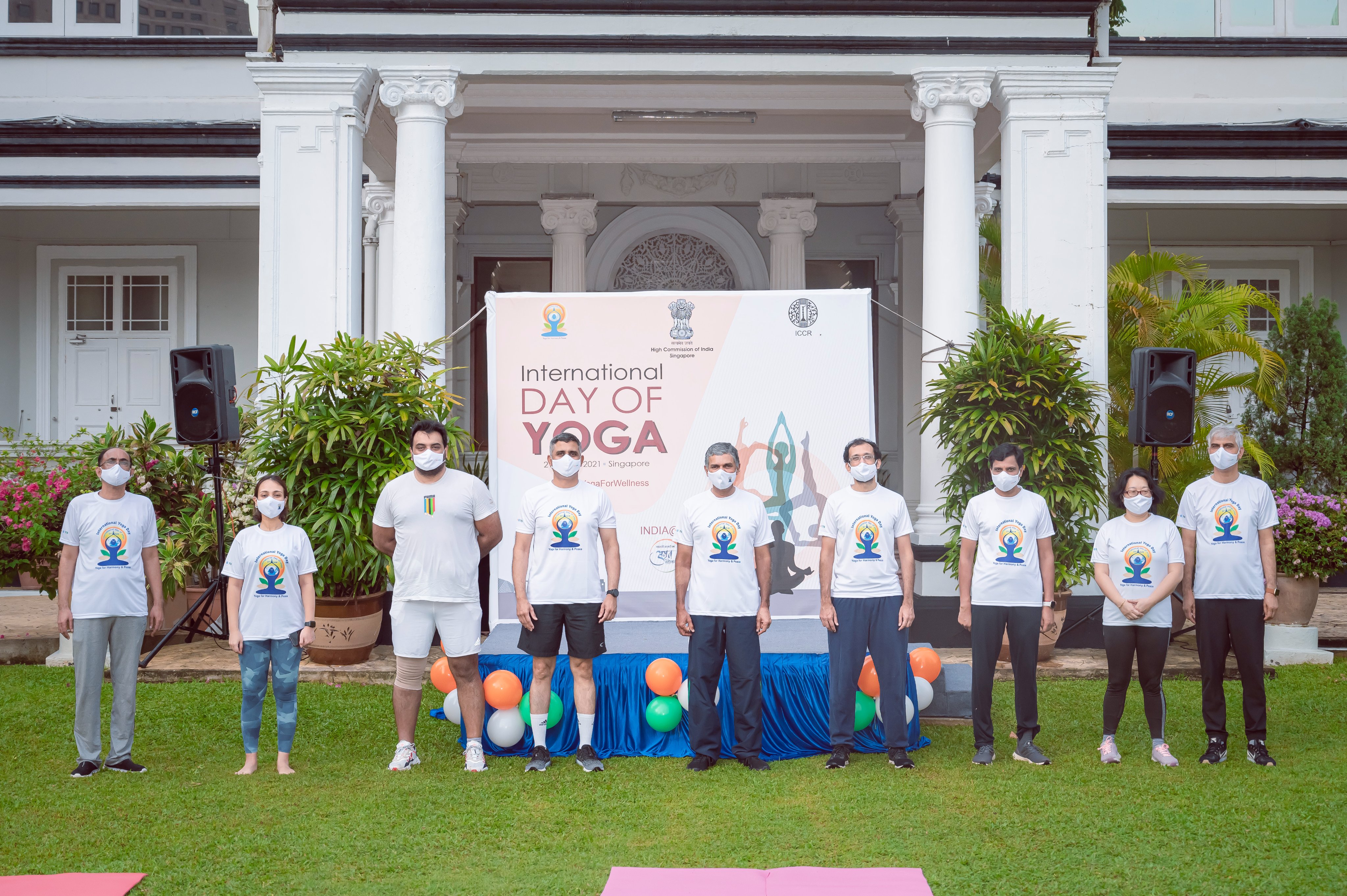 A special video ‘Yoga@75’ premiered on social media platform Facebook to mark the day as well. The mission began its International Yoga Day celebrations in Singapore on June 14.

A webinar was conducted in association with Isha foundation on the theme of, 'COVID Anxiety and Mental Health', and had a special recorded message from Sadhguru, the mission said.

High Commissioner P Kumaran said that there were 56 yoga instructors, studios, organisations and community centres who took part in the sessions.

A quiz competition, ‘Quizasana’, was conducted by Pragya Yoga & Wellness and it had 397 registrations. 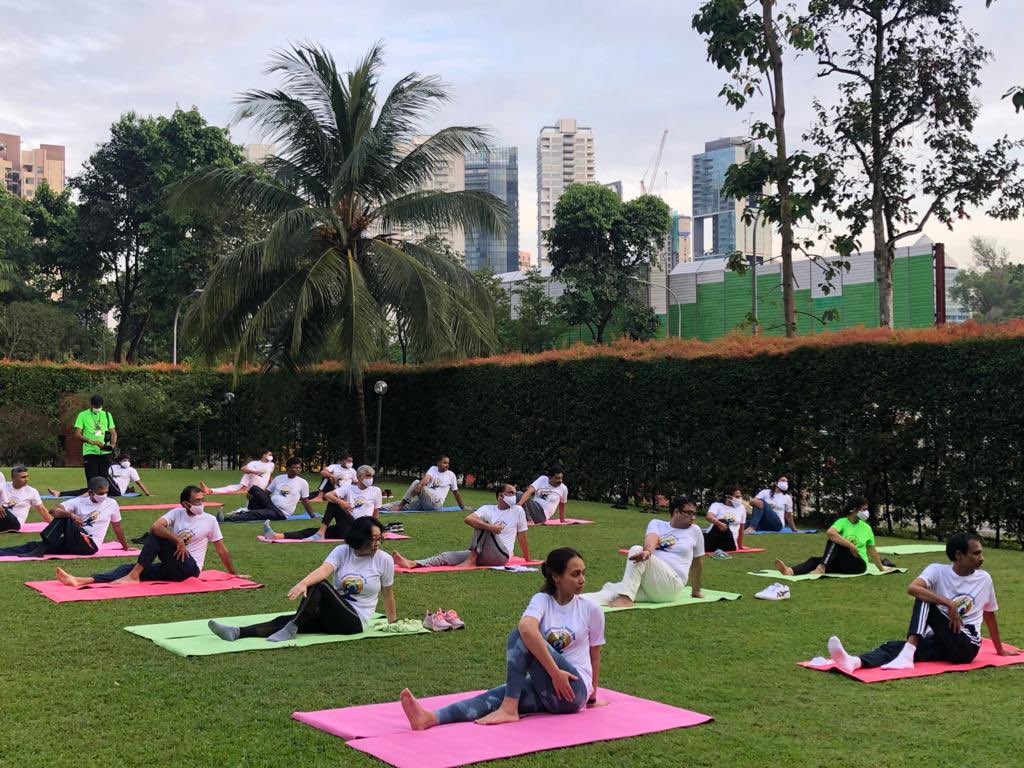 The culmination of the week-long online Celebration of Yoga For Wellness at the Indian High Commission in Singapore. Photo courtesy: Twitter/@IndiainSingapor

The Commission also collaborated with community centres and supported the Yoga sessions conducted by Narpani, a local Indian group.

Singapore's Minister of State for Home Affairs and National Development Associate Professor Muhammad Faishal Ibrahim graced one of the sessions at the Nee Soon Community Centre.